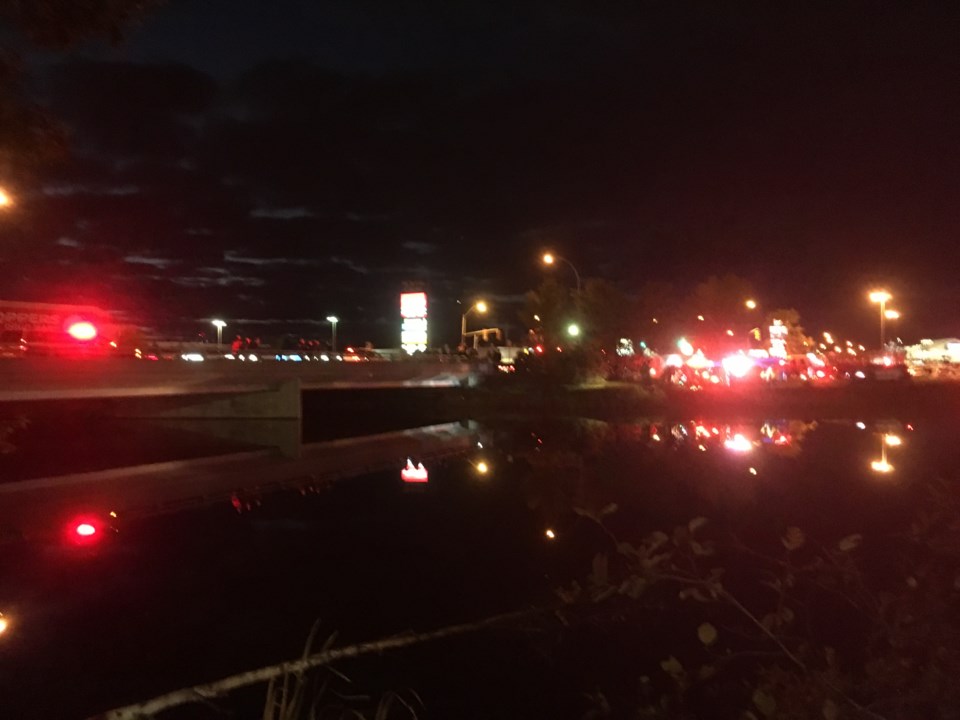 "Witnesses claim that the male was seen swimming in distress a short time before the arrival of first responders," Patterson said in a release issued later Wednesday night.

Patterson told Thunder Bay Television police had already arrived on scene when he got there.

“Police were searching the shores for somebody possibly in the water. I noticed from the bridge somebody in the water face down,” Patterson said.

CPR was performed on the victim, who was then placed on a stretcher and taken to hospital, paramedics continuing to try to revive him.

“Two police officers immediately went into the middle of the river and began to pull the man to shore. Fire was able to throw them a rope to get them in faster and then transported him to hospital.”

The man's condition is unknown at this time, according to a release issued by Thunder Bay Fire Rescue.