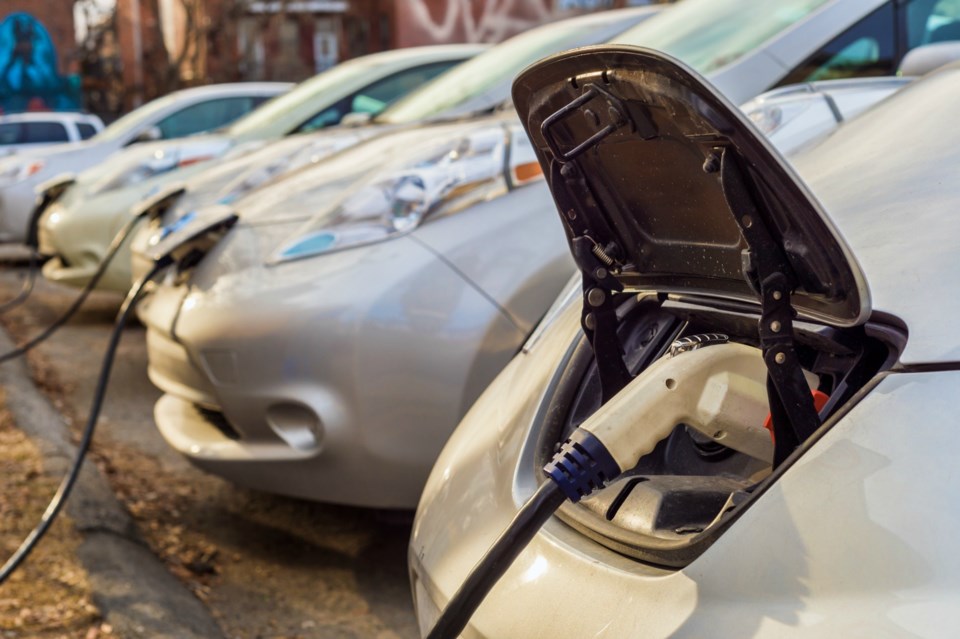 Work will begin immediately to transform the plant in order to begin production in November 2021. Both Ford and Fiat Chrysler made similar announcements in October 2020. “When you see Ford, then Fiat Chrysler and then General Motors all within 30 days coming together and announcing $5 billion worth of investment in new auto in Ontario, that is unprecedented,” said Vic Fideli, minister of economic development, job creation and trade.

Sales of electric cars reached 2.1 million globally in 2019, a record that surpassed the previous record set in 2018, according to the Global EV Outlook 2020. Canada saw EV sales rising 25 per cent in pre-pandemic times although the number of plug-in vehicles in early 2020 was actually 21 per cent less than in December 2018. A study prepared by Dunsky Energy Consulting for Transport Canada indicated that more consumers were looking for and buying EVs in Canada at a time when there were fewer available.

These announcements are game changers, said Minister Fideli. “For instance, Ford is one of the most storied manufacturers in the world. They chose Ontario to get into the battery electric vehicle marketplace. When you think about it, since 2004, $15 billion has been invested in Mexico and only one billion in Ontario.”

It all goes back to Ontario being a high cost jurisdiction, he said. “There’s been $300 billion worldwide invested in EVs, but not one penny in Canada. Ford’s announcement of this almost $2 billion investment they made, before Fiat Chrysler, before General Motors, transforms Ontario into a global hub for battery EVs. That’s what’s so critical about this announcement.”

The federal government and Ontario have both made significant investments in the auto sector, but Ontario has also invested in reducing the cost of doing business, said Minister Fideli.

“We cut the WSIB premium, without touching the benefits, by almost 50 per cent. That’s over $2 billion a year in savings. We put something in called an accelerated capital cost allowance, which means the manufacturers can write off their new equipment purchase within the same year. That means a savings to them of a billion dollars, and that adds up to, just before Christmas, a savings of $5 billion a year.”

“Starting this Jan. 1, we reduced the cost of electricity by 14 to 16 per cent and we reduced business education taxes by $450 million. That energy savings is about $1.3 billion a year so with the education taxes savings of $450 million a year, altogether now we’re going out there and we’re unleashing Ontario with $7 billion of lower costs than when we took office and that’s what has attracted the auto sector back,” he said.

The Bank of Canada recently shared a study that shows the demand for EVs is projected to skyrocket by 2030, Minister Fideli said. “The range could be from 57 million, which would be four per cent of the market, to the 300 million range and that’s 20 per cent of the market. What we’ve done is turn the page, securing Ontario’s place in that massive EV space.”

It’s not just vehicles being manufactured in Ontario now. “We’re now eagerly looking for manufacturers of EV auto parts to work into the supply chain. We’re now pushing hard on mining the critical minerals that are going to be needed in Ontario. Nickel in Sudbury, of course. Cobalt in Cobalt.”

In December, the Ontario government announced a $5 million investment in First Cobalt, which has one of the only permitted smelters in North America. Graphite is being mined in Hearst and lithium is being mined north of Red Lake. These minerals have generally come from offshore, said Minister Fideli. Manufacturing batteries for EVs is another area that is growing. “This is exactly the kind of investments we’ve been looking to for years. It’s a huge turning point. It’s a huge sign of confidence.”

“I think that these examples show how our economic development goals in Ontario align with our long-term environmental strategy. We’ve accomplished this, in our opinion, in a better way by making investments in the manufacturing of battery EVs. Yes, we have made cash investments: Ford was $295 million. Governments around the world know the economic benefits of making an automotive investment. There’s a return on investment very, very quickly. The thousands of jobs created around the province are significant.

The Ford plant will employ 3,000 people. We’re now aligning our economic goal of job creation with our environmental strategy, creating battery EVs. We’re getting out of the demand side and we’re getting into the supply side. That’s the difference. We want our economic development initiatives to be on the supply side. We’ll put out the products that are, as the Bank of Canada said, going to be in demand.”

It’s a step in the right direction. Having enough EVs available for consumers to purchase will help increase market share over gasoline or diesel powered vehicles and may bring down the price of EVs as well. Other inhibitors to the adoption of EVs are range anxiety and lack of charging infrastructure. People are afraid to take longer trips for fear of being stranded due to a lack of chargers.

A broader adoption of EVs across the country is necessary if Canada is to meet its emissions targets. The International Energy Agency reported that Canadians drive the most polluting cars in the world, taking the top spot globally in tailpipe emissions.

Our growing appetite for big trucks and SUVs over the previous 20 years has led to an increase in carbon pollution from transportation by nearly 30 per cent. A 2019 survey revealed that most Canadians are leaning towards EVs for their next vehicle purchase and the majority see EVs becoming more mainstream.

That’s why it’s important that Ontario continue to reduce costs and support the auto sector through strategic investment, said Minister Fideli, adding “When you think about Ontario’s environmental plan, emissions are down 34 per cent since 1990, 19 per cent since 2005.

We’re conducting the first ever multi-sector climate change impact assessment in Ontario history and that is going to show us where we’re most vulnerable. That will help our decision makers in deciding how to protect communities and what climate change impacts are needed.”