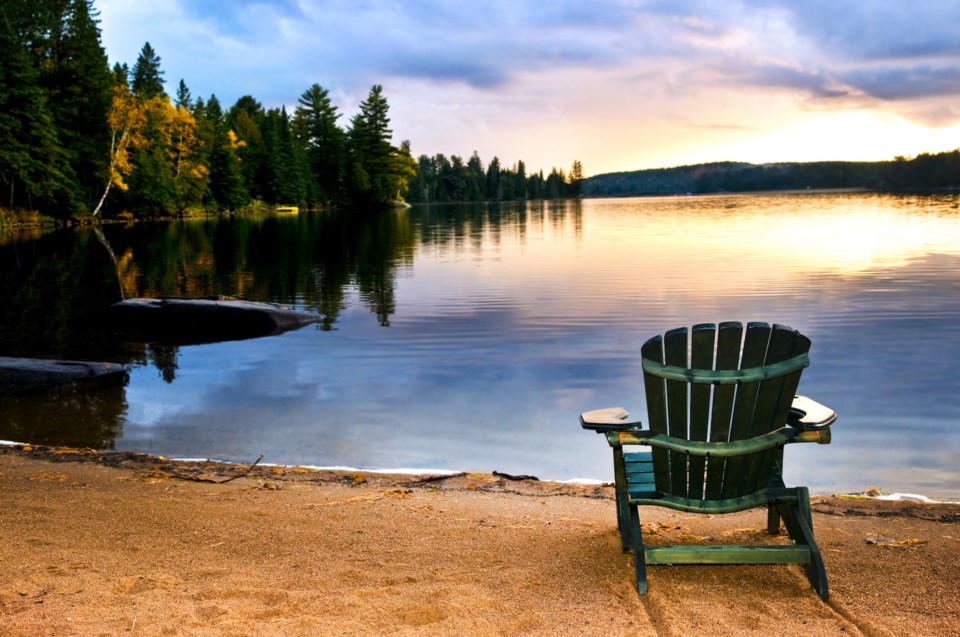 With Lake Huron water levels running at an all-time high in August, seriously eroding shorelines, one expert warns residents may eventually have to “move the heck out” of some hazard zones.

Water levels in lakes Huron and Michigan — considered one lake for measurement purposes — have been consistently above 177.4 metres throughout August, beating the previous record of 177.39 set in 1986.

Huron has exceeded its record high monthly levels for seven months in a row, according to data collected by the U.S. Army Corps of Engineers, the National Oceanic Atmospheric Administration and the Canadian Hydrographic Service.

Lake Erie is also particularly high, starting August at its second-highest level on record — missing the mark by just .01 centimetre.

The other Great Lakes — Superior and Ontario — and Lake St. Clair remained well above monthly average levels through July and early August.

“Erosion is a problem,” she said. “There are many dominos that fall down the line.”

Current high lake levels are due to increased precipitation, with more storms in and around the Great Lakes basin, which water drains through. More storms passing through the north, and dumping into Lake Superior, means run-off impact on water levels in lakes Huron and Erie and the St. Clair River.

The Great Lakes basin follows a 100-year-floodplain model set after Hurricane Hazel in 1954. That model maps what could occur during a worst-case flood event, with a one per cent chance of happening.

“Now we’re experiencing climate change, and the latest models for the Great Lakes predict we’re going to have more intense storms . . . and periods of time when the high-water levels are higher than they were in the last 100 years,” Byrne said.

Averages for both high and low levels ought to be adjusted, she said, adding properties currently on hazard zones need to be identified, and how shorelines are developed and built on must be reassessed.

“There could be loss of property or loss of life,” Byrne said. "It’s a serious thing.”

Places already developed with infrastructure will need to have their shoreline hardened, she said. It’s one thing for municipal land, but quite another for private property owners who will have to bear the cost of breakwalls and shoreline protection.

Areas on Huron and any lakeshore that start to experience extreme erosion — like that found along the north shore of Lake Erie — could be a lost cause.

“That’s where a lot of people say, ‘What can we do, how can we stop it?’ ” Byrne said. “Unfortunately, there is no long-term solution except to move the heck out of there.”

The Lake Huron shoreline has been particularly hard hit by erosion this summer.

“There’s a lot of beach that’s been lost,” said Shannon Millar, a shoreline technician with the Maitland Valley Conservation Authority. “Waves are reaching further inland, and there’s more erosion along the bank of the shoreline, which is influencing a lot of landowners.”

Some property owners in her region, which covers a stretch of Huron's shore north and south of Goderich, have lost decks, stairs and other structures to high water and waves.

Those on high bluffs are at greater risk of erosion, with large chunks falling away, Millar said. The MVCA is encouraging property owners to move shoreline structures farther inland.

“The safety of the landowners is the main concern,” she added.

About the Author: Max Martin

Supporting families at the hospice and caring for the needy
0