Steven Fletcher, a former MP and cabinet minister who lives with quadriplegia, says all the talk about protecting the vulnerable is insulting and condescending
Nov 11, 2020 3:30 PM By: Canadian Press 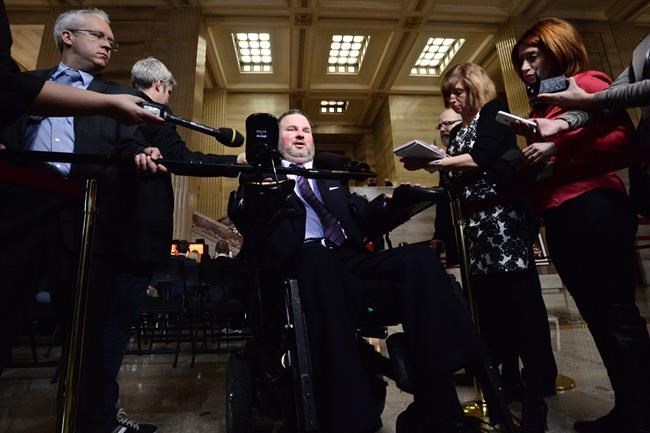 OTTAWA — The determination of two Quebecers with disabilities to decide when their suffering had become intolerable persuaded the federal government to rewrite the law on medical assistance in dying.

But now advocacy groups for persons with disabilities are among the most fierce opponents of the legislation.

Bill C-7 attempts to strike a balance between an individual's right to personal autonomy and self-determination and the need to protect vulnerable people who might feel pressured — either directly or indirectly by societal attitudes and a lack of support services — into seeking medical help to end their lives.

Safeguards added to protect the vulnerable have done nothing to mollify disability rights advocates who believe the bill sends a message that their lives are not worth living.

Despite a seemingly united front of disability groups opposed to the bill, Sen. Chantal Petitclerc, a Paralympic athlete who is sponsoring the bill in the Senate, says they don't speak for everyone.

Steven Fletcher, a former MP and cabinet minister who lives with quadriplegia, says all the talk about protecting the vulnerable is insulting and condescending.