"The data is bad, but some of the stories are even worse," said Wendy Cukier, the founder and academic director at the Diversity Institute
Aug 6, 2020 7:20 PM By: Canadian Press 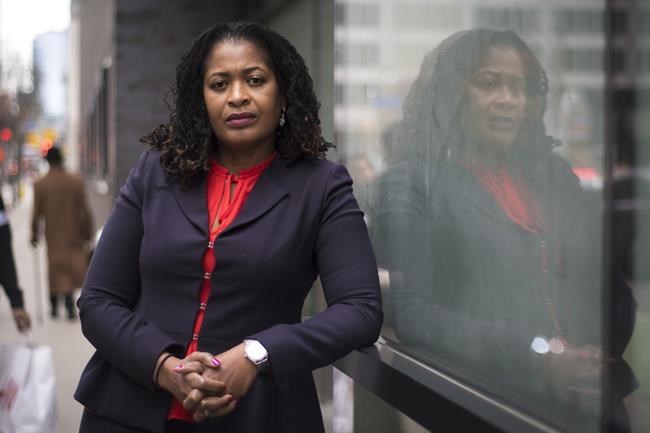 TORONTO — Black and racialized people are under-represented and often sometimes non-existent on boards in eight major cities across Canada.

A new study from Ryerson University's Diversity Institute has found both groups lacking on the boards of large companies, agencies and commissions, hospitals, educational institutions and in the voluntary sector in Toronto, Montreal, Vancouver, Calgary, Halifax, Hamilton, London and Ottawa.

The study of 9,843 individuals revealed Black Canadians represent 5.6 per cent of the population across the eight cities studied, but occupy only 2 per cent of positions across the types of boards analyzed.

Racialized people, meanwhile, represent 28.4 per cent of the population across the eight cities studied, but occupy just 10.4 per cent of board positions.

"The data is bad, but some of the stories are even worse," said Wendy Cukier, the founder and academic director at the Diversity Institute.

"We interviewed one person who told a story of a guy who worked on Bay Street, and he'd go out with his colleagues and tell them he was a recovering alcoholic, so he did not have to divulge that he was Muslim and that's why he didn't drink."

Despite decades of efforts to move the needle, the report says, there are multiple factors holding back significant progress. These include corporate culture, lack of social networks, discrimination, pressures to refrain from self-identification and a need for mentorship or support.

The institute believes it is important to reverse these trends because studies have suggested companies with diverse boards have increased financial performance and show higher employee satisfaction.

Their study, conducted in 2019 and 2020 by analyzing photographs of boards and interviewing underrepresented communities, found Black representation on boards in particular is "extremely bleak."

Black people hold as many as 3.6 per cent of the board seats in Toronto, but as few as 1 per cent in Calgary and 0.7 per cent in Vancouver.

That dwindles further in the corporate sector. In Toronto, just 0.3 per cent of corporate board members are Black. That's 25 times lower than the proportion of Black residents of the Greater Toronto Area.

In Greater Montreal, which has a 6.8 per cent Black population, the study found no Black board members in the area's corporate, voluntary, hospital or education sectors.

Paulette Senior, the president and chief executive of the Canadian Women's Foundation, wasn't surprised by the findings, but said "it broke my heart" because it highlighted how little progress has been made.

"Unfortunately, it is somewhat typical of who we are as a Canadian society," she said.

"We haven't done much to see the change. We talk about it on various platforms, but the action is missing and the tracking and monitoring is missing."

Also missing from boards are racialized Canadians — defined in the study as all non-Caucasian persons.

Racialized people hold as many as 15.5 per cent of the board seats in Toronto, again lower than the population at large. Montreal lagged again at 6.2 per cent.

"Because of my role and because I'm invited into many different places, I'm usually the only one that looks like me," said Senior.

"It is heartbreaking to think there are people who have lived and worked and existed, who continue to devalue people like me and devalue my contributions."

The study found women are faring better than their Black and racialized counterparts.

Overall, 40.8 per cent of board positions are held by women in the five sectors examined. Education and agency and commission boards have the highest level of representation, while hospital and corporate boards have the lowest.

Women have landed the most — 46.6 per cent — board seats in Halifax, but the least in Calgary, where they comprise 33.7 per cent of board positions.

The Diversity Institute also says Indigenous peoples, members of the LGBTQ2S+ community, and persons with disabilities are rarely members of boards.

The institute was not able to calculate how much they lagged other groups because it could not determine Indigenous heritage, sexual orientation or disabilities through its analysis of board photos.

Instead, they interviewed members of each population and heard stories from people such as one man who said most of his queer mentors told him early in his career to "hide who you are until you get promoted so high that they can't get rid of you without people noticing."

Aside from interviews, the only way to uncover information around representation of those with Indigenous heritage, disabilities or LGBTQ2S+ sexual orientation on boards is through surveys, which often involve voluntary participation, Cukier said.

"The surveys that have been done on those populations indicate that they are so underrepresented, they don't even show up," said Cukier.

This report by The Canadian Press was first published August 6, 2020.

Companies in this story: (TSX:TD)