CANADA: Passenger complaints filed in pandemic won't start to be processed until 2021

CTA chairman Scott Streiner says the agency is struggling to handle another 11,000 complaints it received between last December and March
Dec 1, 2020 9:56 PM By: Canadian Press 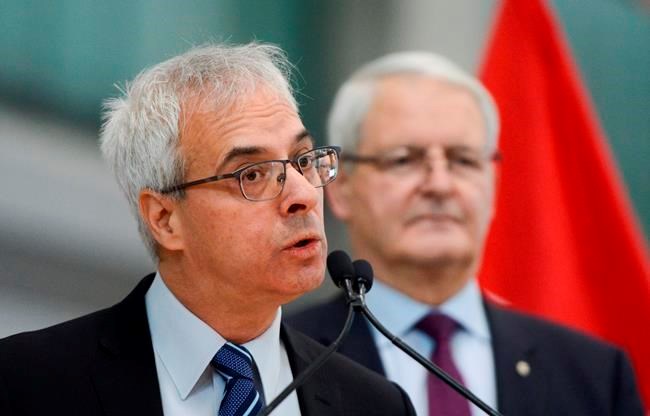 OTTAWA — The head of Canada's transport regulator says the 11,000 complaints filed to the Canadian Transportation Agency since the onset of the COVID-19 pandemic will not start to be processed until early next year.

CTA chairman Scott Streiner says the agency is struggling to handle another 11,000 complaints it received between last December and March, immediately after a new passenger rights charter came into effect.

The majority of complaints since March concern refunds, which most Canadian airlines have refused to give customers after cancelling hundreds of thousands of flights due to pandemic travel restrictions, opting instead for flight vouchers or credit.

The 22,000 complaints racked up in less than a year contrast with the 800 submitted to the CTA in 2015 amid growing passenger frustration.

Streiner says that if legislation did not constrain him he would act "quickly" to fix a gap in regulations, which he claims compel airlines only to address reimbursement in their passenger contracts but not to provide it in situations outside their control.

Earlier this month, Transport Minister Marc Garneau announced he planned to negotiate an aid package for struggling airlines that would be conditional on them agreeing to offer refunds for cancelled trips.

The number of complaints may drop considerably if the support plan can be hammered out, Streiner told the House of Commons transport committee Tuesday.

“If I was a manager of a complaints department and I had two years of backlog ... wouldn’t I lose my job?" he asked Streiner.

Streiner said more than half of the 11,000 complaints filed between last December and March have now been dealt with.

“We’re being told by the government that these Canadian citizens who purchased these airfares are not able to get a refund because the government is concerned that the airline corporations are going to go bankrupt. Now you’re putting citizens in a situation where they’re essentially involuntary or unwilling creditors to these huge corporations," NDP MP Taylor Bachrach said.

"The legislation constrained us. There was no way that we could establish that obligation in the regulations," Streiner replied.

Committee members pushed him on how big a role Transport Canada had in the CTA's statement on vouchers from March, which said airlines did not need to provide refunds unless their passenger contract required it in particular circumstances.

“There was certain communication in order to make sure that we were not creating any confusion," Streiner said.

“We communicated with the office of the minister of transportation throughout this entire crisis."

Accused in decades-old Barrie murder may have lived under assumed name
Jan 16, 2021 2:00 PM

COVID-19: Outdoor education at universities can be a positive legacy of the pandemic
Jan 16, 2021 9:25 AM
Comments