CANADA: Payette's resignation is a chance to reimagine the role of Governor General, prof says

Eliminating the office of the monarch from the Constitution has been, and continues to be, a touchy subject in Canada
Jan 26, 2021 8:55 PM By: The Conversation 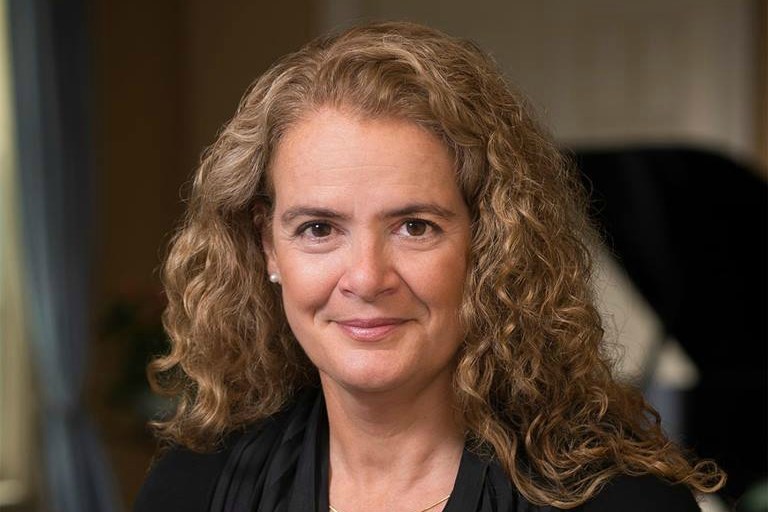 Julie Payette’s abrupt resignation after an external review found Rideau Hall was a toxic workplace is an opportunity to transform the role of Canada’s Governor General.

The patriation of the Constitution 40 years ago under Prime Minister Pierre Trudeau gave Canada complete sovereignty as an independent country. However, it left the Queen’s role as monarch of Canada untouched.

The Governor General represents the monarch in Canada and the duties of the office include giving royal assent to legislation — the final step that makes acts of Parliament into law.

The position also has a large ceremonial role, both domestically and internationally, and the ambassadorial part of the job was apparently one of Payette’s problems.

While some may argue that the position should be eliminated, a reimagined, non-colonial Governor General could play an important role for Canadians.

Eliminating the office of the monarch from the Constitution has been, and continues to be, a touchy subject given Canada’s political culture.

Unlike their neighbours to the south, Canadians historically have sought gradual and evolutionary reforms to how their nation is governed — thereby avoiding revolution and civil war.

Many Canadians want politicians to ensure that state institutions are respectful and representative of all citizens — and specifically to take action on systemic anti-Black racism and to continue reconciliation efforts with the country’s Indigenous peoples.

Yet, at best, politicians respond with rhetorical gestures to these issues, such as Prime Minister Justin Trudeau taking a knee during a Black Lives Matter demonstration. Although the words “unacceptable” and “reform” are bantered about, little, if anything, seems to change.

Establishing a unique Canadian head of state that is not the office of the British monarch is a step that all governments across the country could take to foster reconciliation. It would be a bold gesture to acknowledge the need to move on from Canada’s colonial legacy.

Taking this final step to attain independence from Britain would allow Canada to start a new phase of its nationhood — a phase when different faces grace the portraits hung in government buildings throughout the land and embassies across the world.

Not an impossible change

Although constitutionally difficult, such a change is by no means impossible. What is needed is the consent of all the provinces plus the House of Commons and Senate.

That would require political horse trading, but that’s the nature of parliamentary democracy and federalism. Most in Québec would likely welcome the proposal, and eliminating ties to the monarchy would undermine some of the issues that animate the Bloc Québecois and the separatist movement.

A homegrown head of state is the gentlest kind of evolution because simultaneously nothing would change and yet much could change.

Creating a Canadian head of state with no ties to the British crown would require only the elimination of a few words from the Constitution. Governments would operate as before. All powers presently entrusted to the monarch would be conferred to the new role of Governor General. Barbados recently dropped the Queen as its head of state without upheaval of any kind.

However, at the same time, Canada would still have a head of state who reflects the nation — a symbol of unity and integrity, and a reminder to the government in power that its rule is only temporary.

This new Governor General could be an individual who was born in the Far North, or in an inner city, or in a Prairie town or in an Atlantic Coast fishing village. It could be someone who can speak English, French and perhaps even some Inuktitut.

By patriating the office of Governor General, politicians across the nation could agree that Canada’s head of state should not be a representative of a colonial power that lives in a palace.

Taking this step would by no means diminish the role of British traditions and heritage in Canada. The country’s political institutions, common law, one of its official languages and much more would continue pay tribute to the British colonists and Britain itself.

Creating a homegrown office of the Governor General leaves open the question of how to fill the post. The most frequent proposal for a mechanism is to have members of the Companions of the Order of Canada — individuals recognized to their contributions to Canada and humanity on the national or international scene — make the selection.

Of course, it may be that most politicians prefer the current arrangement: a hereditary head of state who reflects yesteryear’s nation, rather than the Canada of today and tomorrow. In this arrangement, it matters little who the Governor General is because that person is merely a representative of the monarch fulfilling the duties of the sovereign in their absence.

But this unprecedented resignation by a Governor General is a perfect opportunity for those who lead in Ottawa to shake the dust from Rideau Hall and set a new course for Canada’s head of state.