Winter drowning rates are highest in countries with strong ice-fishing cultures and temperatures that hover near freezing.
Dec 5, 2020 9:25 AM By: The Conversation 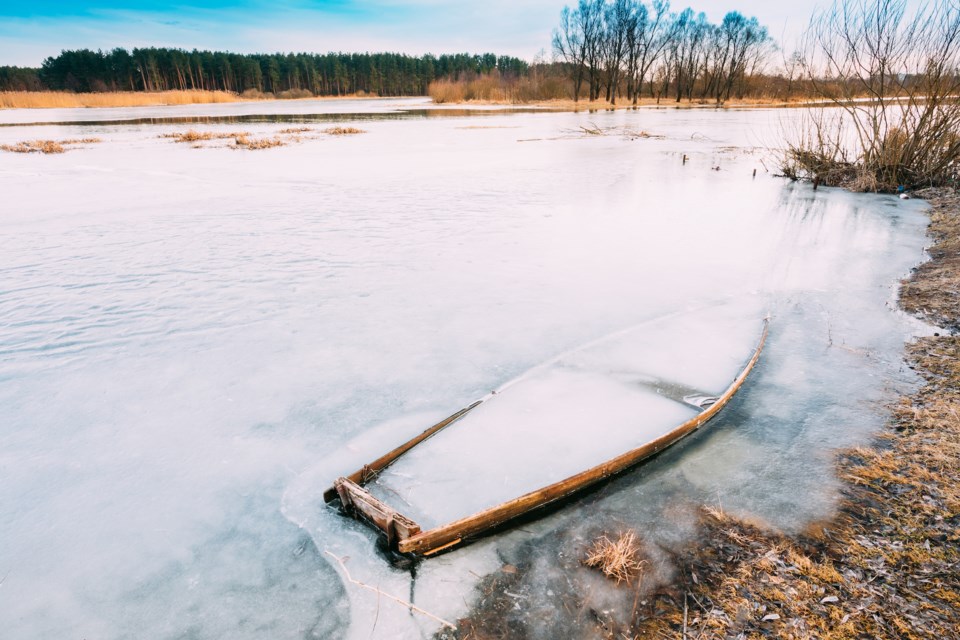 Every winter, the ice that forms on lakes, rivers and oceans, supports communities and culture. It provides transportation across winter roads, hunting and fishing, and recreational activities, such as lake ice festivals, skating, hockey and ice fishing.

For many communities, ice cover had been stable and predictable for generations. But no ice-covered body of water is without risk. Falls through the ice are especially dangerous because the cold water temperature can lead to shock, which can rapidly lead to unconsciousness, irregular heartbeats and death.

An international interdisciplinary team investigated the effects of climate change on winter drownings across northern countries. We expected that there would be more drownings in warmer winters because climate change is leading to precarious ice cover.

The new study documents over 4,000 winter drownings that occurred during the past 10-30 years in 10 countries, including Canada, United States, Finland, Sweden, Estonia, Latvia, Russia, Italy, Germany and Japan. Alarmingly, Canada had the highest number of winter drownings each year.

The highest number of drowning events occurred at the beginning and end of winter when ice cover is most precarious. The dates on which ice forms and melts are most affected by climate change, such that warming temperatures lead to delayed ice formation, earlier ice break-up, thinner ice and increased freeze-thaw events.

In addition, the warmer weather and longer daylight hours of early spring draw more people outside, which increases the risk of drowning. In a changing climate, winter drownings will likely increase because temperatures are increasing most rapidly in winter, while human awareness and behaviours are not adapting sufficiently.

Cultural factors may also influence winter drowning rates. For example, Indigenous communities in northern Canada and Alaska suffer the highest rates of winter drowning because of their dependence on ice cover for subsistence and travel, leading to long hours on the ice. Similarly, winter drowning rates are very high in Estonia and Latvia, partly as a result of a strong ice fishing culture and mean winter air temperatures just below 0 C.

On the other hand, winter drowning rates are close to zero in Germany and northern Italy where laws and regulations prohibit ice fishing and allow ice skating only when local authorities deem the ice to be safe.

We recommend using local cultural and traditional knowledge in dialogue with community stakeholders to design and implement water safety programs, empowering communities with the capacity to adapt to the regional impacts of climate change.

Sadly, children and young adults are at the highest risk of drowning. Kids under nine years old accounted for 44 per cent of drowning fatalities while playing on ice. Young adults between the ages of 15 to 29 had high rates of drowning when ice fishing or snowmobiling.

Alcohol consumption can further contribute to increased risk-taking behaviour on the ice.

Reduce the risk of winter drowning

This winter, more people will likely take part in winter outdoor activities because of the COVID-19 pandemic. Forecasts suggest a warmer and wetter winter lies ahead for Ontario and Québec, which may yield unsafe ice conditions.

Safety equipment, such as ice picks, flotation devices and hypothermia protective clothing can help lower the risk of drowning. Integrating winter safety education into swimming lessons is an effective way to keep children from drowning.

Barbara Byers, the chief research officer of the Lifesaving Society in Ontario, recommends evaluating the quality of the ice, and its type, before venturing onto it. Ice should be clear, hard and new.

“Avoid slushy ice; ice on or near moving water, like rivers and currents; ice that has thawed and refrozen; and layered or rotten ice caused by sudden temperature changes.”

Byers cautions people to look out for other factors that weaken or “rot” ice, such as snow on ice that acts as a blanket and prevents it from hardening, or pressure ridges formed by wind or current pressure.

“It is important to keep away from unfamiliar paths or unknown ice. Avoid travelling on ice at night. Never go on the ice alone. A buddy may be able to rescue you or go for help in case you get into difficulty,” said Byers. “No ice is without some risk. Minimize your risk.”

Simon R. Watson co-authored this article. He was previously a research associate at York University.

Accused in decades-old Barrie murder may have lived under assumed name
Jan 16, 2021 2:00 PM

COVID-19: Outdoor education at universities can be a positive legacy of the pandemic
Jan 16, 2021 9:25 AM
Comments