Provinces are reporting a higher rate of infection, and the fear of increased hospitalizations that will put an extreme strain on the health-care system remains present
Nov 30, 2020 8:55 PM By: Glacier Media 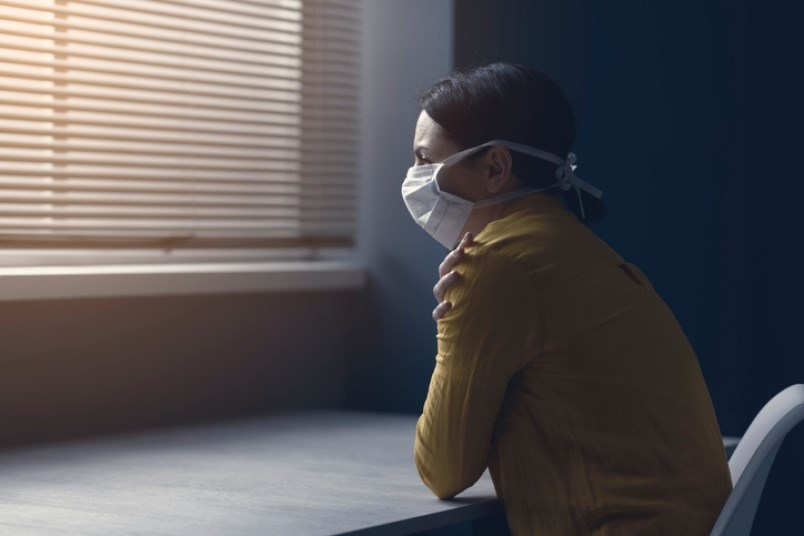 The COVID-19 pandemic has forced Canadians to endure a series of different restrictions for more than eight months.

Provinces are reporting a higher rate of infection, and the fear of increased hospitalizations that will put an extreme strain on the health-care system remains present. The possibility of getting together with family and friends during the holiday season has diminished greatly as a result.

When Research Co. and Glacier Media last checked on Canadians’ “pandemic state of mind” in early September, more than a third (37 per cent) thought the worst of COVID-19 was “behind us,” while almost half (46 per cent) expected it to still arrive. Just a few weeks later, the proportion of Canadians who think COVID-19 will worsen has jumped by 18 points to 64 per cent, the highest level observed since May (68 per cent).

Reports of breakthroughs in the development of COVID-19 vaccines have done little to calm the nerves of Canadians. Across the country, 73 per cent of respondents are willing to take a vaccine when it becomes available, while 14 per cent would not and 13 per cent have not made up their minds yet. These numbers have been stable since we first asked in April. Even as Canadians become more aware of the setbacks related to the pandemic, about one in six continue to resist inoculation.

There is little change in the perception of the federal government, with 64 per cent of Canadians (down one point since September) saying they are satisfied with the way Ottawa has handled COVID-19. Provincial governments across Canada check in at 64 per cent; municipal governments are at 62 per cent.

The perceptions of Canadians on the actions of their provincial administrations have consistently been different across the four most populous provinces. British Columbia is still on top, but satisfaction dropped markedly from 83 per cent in September to 70 per cent now. Quebec and Ontario are at 68 per cent. In Alberta, satisfaction fell below the 50 per cent threshold for the first time, dropping to 46 per cent from 57 per cent.

As was the case a few weeks ago, the decision to allow K-12 students to return to in-class learning is contentious. While 50 per cent of Canadians agree with this course of action, 37 per cent disagree and 13 per cent are undecided. Quebecers and Ontarians are more supportive of this regulation (52 per cent and 51 per cent respectively) than British Columbians (45 per cent) and Albertans (43 per cent).

Canadians remain decidedly in favour of two policies designed to mitigate the spread of the virus: 90 per cent want to place all travellers arriving to Canada into a mandatory 14-day quarantine or isolation period and 92 per cent back the decision to keep the border with the United States closed to non-essential travel.

On the behavioural side of things, the proportion of Canadians who say they are wearing a mask every time they go out increased to 82 per cent  now from 70 per cent in September. In addition, 90 per cent of Canadians agree with requiring all customers or visitors entering indoor premises to wear a mask or face covering while inside.

In stark contrast with the summer, Canadians can expect to spend more time inside their homes. We continue to see about three in 10 (31 per cent) who are cleaning their groceries to prevent infection and one in five (20 per cent) who are not ordering food from restaurants at all because they fear infection. It is also a bit troubling that 13 per cent of Canadians confessed to having a bath or shower less often than they did before the pandemic. Not having to go to work or meetings seems to have made some Canadians forgetful about proper hygiene.

We are headed towards a holiday season that will be unique. At this point, the Canadian public has started to take matters into its own hands. Our survey shows that more residents are wearing masks every time they go outside than ever before, as well as a high level of satisfaction with the efforts of governments – with the glaring exception of Alberta’s.

Canadians continue to believe that restricting entry into the country is the best course of action, and at least three in four would establish similar guidelines to forbid non-essential travel inside their provinces or from one jurisdiction to another. This will be extremely hard for those who are aching to visit relatives and friends, but a necessary step as almost two-thirds of Canadians do not expect the situation to get better soon. •

Results are based on an online survey conducted from November 22 to November 24, 2020, among 1,000 adults in Canada. The data has been statistically weighted according to Canadian census figures for age, gender and region in Canada. The margin of error, which measures sample variability, is plus or minus 3.1 percentage points, 19 times out of 20.