Canada-United States border to be closed for another 30 days 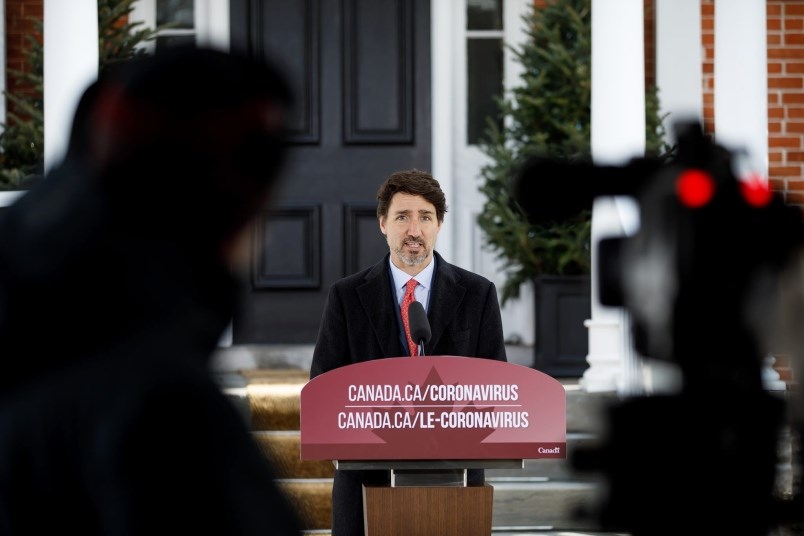 OTTAWA — Canada has extended its border closure with the United States for 30 days.

The closure restricts non-essential travel across the border.

The border was originally closed on March 21 because of the COVID-19 pandemic, with the arrangement set to expire on Tuesday.

U.S. president Donald Trump said earlier this week that the border could open soon, but Trudeau and other Canadian political leaders did not strike the same tone in comments.

Meanwhile, Trudeau continued to stress he does not think it is a good idea for the House of Commons to resume business as usual Monday — with all 338 MPs, along with their staff, clerks, interpreters, security and cleaners.

An agreement needs to be reached before then on scaled-back sittings if the plan is to change. Federal political parties are to continue negotiating Saturday about when and how Parliament should reconvene in the middle of the pandemic.

Trudeau's Liberals are proposing one in-person sitting each week, with a small number of MPs and extended time for longer questions and more thorough answers than would normally be allowed during the daily question period. More sittings would be added as soon as the technical and logistical requirements for virtual meetings can be worked out.

All opposition parties appear satisfied with that proposal, except for the Conservatives.

Conservative Leader Andrew Scheer is demanding up to four in-person sittings each week, with fewer than 50 MPs in the chamber, to hold the government to account for its response to the health crisis and the resulting economic disaster.

Except for two single-day sittings to pass emergency aid bills, Parliament has been adjourned since mid-March.

On Friday, Senate Speaker George Furey announced that the upper house, which was to resume Tuesday, will not return until June 2 at the earliest.

Later Saturday, the federal government is deploying celebrities in new ads meant to amplify the plea of public health experts for Canadians to stay home to curb the spread of the deadly COVID-19 virus.

The ads, one in French, one in English, are to begin broadcasting nationally tonight during the "One World: Together at Home" concert.

The trio exhorts Canadians to stay home and save lives.

Hadfield says Canadians have always overcome challenges by looking out for each other and doing their part.

Wickenheiser, noting that even people without symptoms can spread the disease, reminds Canadians that their actions can make the difference between life and death.

This report by The Canadian Press was first published April 18, 2020.

Watch the full live-streamed address in the video below.