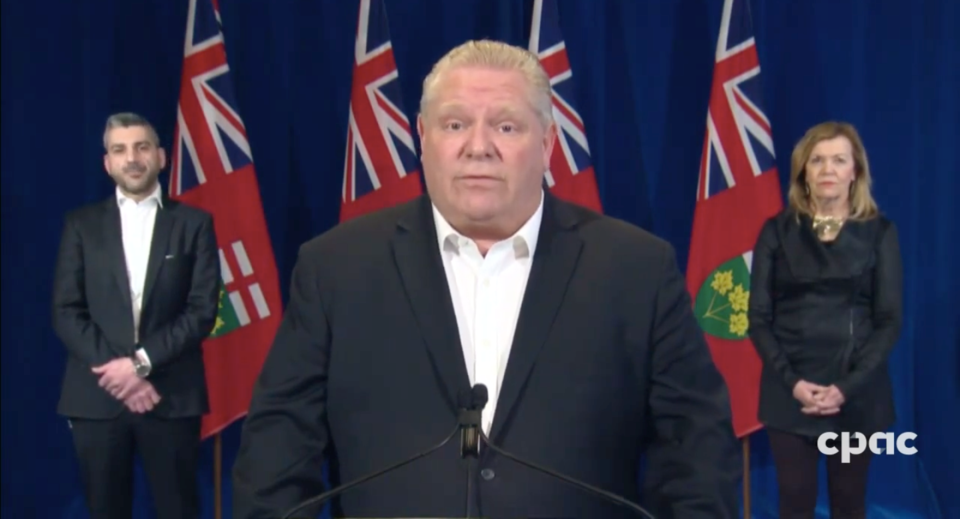 TORONTO — Premier Doug Ford has announced $20 million in funding for Ontario researchers trying to find a vaccine for COVID-19, as cases of the virus climbed passed the 10,000 mark in the province on Saturday.

There were 485 new cases announced by health officials today and 36 more deaths, bringing the toll to 514.

There are currently 828 people in hospital with COVID-19, and 250 of them are in intensive care, according to the Ministry of Health.

Ford said Ontario researchers have already made strides in vaccine research by isolating the virus and acquiring blood and plasma samples of people who have beat COVID-19, which are two initial steps in development.

He also touted Ontario's history of medical achievements, including discovering insulin, as evidence that researchers in the province could develop a vaccine.

Ford said life won't be able to return to normal until a vaccine is found.

"Until we find a vaccine, going back to normal means putting lives at risk," said Ford during his daily press conference on Saturday.

"Letting our guard down means potentially exposing millions of people to the virus."

The province is set the unveil new projections about the effect of the coronavirus in Ontario on Monday, which the premier has called encouraging.

But he warned opening up the province carefully will be "twice as hard" as the current lockdown.

"I'm not rushing into this and not opening up the floodgates," said Ford.

This report by The Canadian Press was first published April 18, 2020

BEYOND LOCAL: How to avoid falling into 'techno traps' while distance teaching and learning
Feb 28, 2021 8:55 PM
Comments