'We're hoping that we as medical students can really get involved,' says president of NOSM student council
Mar 25, 2020 2:45 PM By: Canadian Press 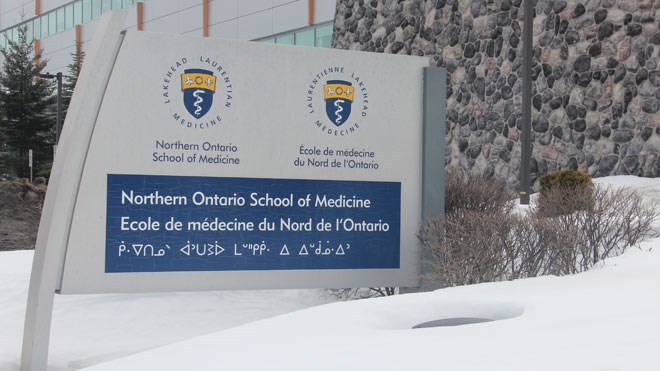 They may not yet be allowed on the front lines of Canada's battle against the COVID-19 pandemic, but medical students in several provinces are still finding ways to pitch in.

A grassroots effort led by the country's aspiring doctors aims to support overstretched health-care workers during the outbreak. They're providing pet care, making grocery and pharmacy runs, and completing general errands to unburden doctors and other health-care providers working to combat the pandemic.

Students with the Northern Ontario School of Medicine are no exception.

Jai Mashru, president of the NOSM student council, posted a video to YouTube March 25, explaining how local students are joining in.

He said he's had about 45 NOSM students have volunteered so far for tasks including child care and running errands for Northern Ontario health-care personnel.

To reduce the risk of spreading COVID-19, the medical school is limiting the initiative to one volunteer per family. Mashru said students are also willing to do things such as monitoring crisis support lines.

"We're hoping that we as medical students can really get involved," Mashru said, in the video.

The Northern Ontario School of Medicine is also working with Health Sciences North to provide training for medical workers on how to use personal protective equipment, he said.

Vivian Tsang, a third-year student at the University of British Columbia, told the Canadian Press the program offers a way for students sidelined from classes and clinical duties to keep contributing during a critical time.

"We're all in it together and we're working collectively as a nation to try and fight this pandemic," Tsang said shortly after dropping off groceries for a physician's elderly parents.

Tsang said the grocery run is meant to ease the strain on the couple's son, who must now juggle his usual care-taking duties with extra shifts at the Vancouver-area emergency room where he works. That balancing act, she said, is complicated by his fear of exposing his vulnerable parents to the novel coronavirus.

"It's an area of tension for him," Tsang said of the doctor. "For (him) to understand that his parents now have ... someone who is there to support them ... makes a huge difference."

Kaitlin Siou, a fourth-year student at the University of Toronto, has picked up and delivered prescription medications to a physician who was required to go into self-isolation.

Siou said she's glad to have a way of easing the doctor's likely stress and relishes the opportunity to try and inject some positivity into an otherwise trying situation.

"I left a salted caramel chocolate bar in with the prescription, just because I knew that with self-isolation, it can get lonely," she said. "It feels nice to be able to do those acts of kindness."

The initiative began when medical students realized that COVID-19 was likely to hit hard and make extraordinary demands of Canada's health-care workers.

Grassroots organizing efforts quickly took hold and have spread from coast to coast. Medical students have offered their services to front-line workers through social media and word of mouth. Online forms have been developed to screen students and match them to health-care workers.

Participants say they're prepared to support not only physicians but administrative staff, support workers, and anyone else keeping the health-care system functioning during the pandemic.

"We've been working in this community, with the doctors who are on the front lines right now. And they've literally made us who we are," said Maggie Hulbert, a fourth-year medical student at Queen's University in Kingston, Ont.

Hulbert has been walking an energetic German Shepherd twice a day daily for a physician couple.

"There's a real need to just be able to help these physicians work as best they can," she said. "We all just need to feel like we're doing something."

Response to the volunteer project has been overwhelming.

Jordynn Klein, a program organizer and second-year student at the University of Toronto, said the initial call for participants drew dozens of responses within the first hour. The program now includes hundreds of participants, including a growing number of students from other disciplines who have been enlisted to help.

There's no shortage of takers for the students' services, either, with Tsang's B.C.-based group fielding roughly 100 requests for help in a five-day stretch.

The project is organized solely by students and is not formally associated with the provincial medical student associations, medical schools, or universities.

Participants said they consider safety to be a priority and have developed policies and procedures to ensure appropriate social distancing and infection control. They say they've also collaborated nationally to share best practices in rolling out the initiative.

Klein, for one, said the program offers students a new way to gain real-world experience while satisfying the impulses that drew many of them to the field in the first place.

"We got into this profession because we want to help," Klein said. "It's just an indication of the training we've been given — the emphasis on doing your part to help others even when it is difficult or challenging."

— Alan Taniguchi is a physician specializing in palliative care, care of the elderly and medical education. He is currently a fellow in global journalism at the Dalla Lana School of Public Health at the University of Toronto.

Alan Taniguchi, The Canadian Press, with files from Sudbury.com