The commission announced it will meet with Six Nations of the Grand River First Nation, the Ontario Lacrosse Association, and the Canadian Lacrosse Association in the coming months to discuss how to address systemic racism against Indigenous lacrosse players
Dec 1, 2020 3:34 PM By: Canadian Press 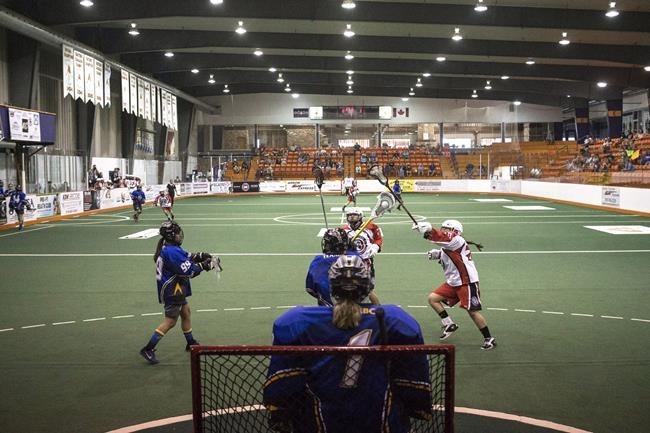 The Ontario Human Rights Commission says it plans to address the issue of anti-Indigenous racism in lacrosse.

The commission announced on Tuesday that it will meet with Six Nations of the Grand River First Nation, the Ontario Lacrosse Association, and the Canadian Lacrosse Association in the coming months to discuss how to address systemic racism against Indigenous lacrosse players.

“Lacrosse has long been a way for Indigenous communities to connect with each other in a spirit of trust, respect and honour,” said OHRC interim chief commissioner Ena Chadha. “But connections with non-Indigenous communities are quickly broken and trust is destroyed when they are fraught with harassment and abuse.

"Our goal is to build relationships that unite and uphold reconciliation, and encourage all to proactively address racism.”

The commission said it hopes the meetings can happen in the late winter or early spring in order to honour a request by Six Nations of the Grand River to hold them in person.

Lacrosse was played by Indigenous people for hundreds of years before Europeans arrived in North America.

The sport holds a central role in the culture of the Haudenosaunee people, who are called the Iroquois in French or the Six Nations in English.

Mark Hill, elected chief of Six Nations of the Grand River, said that lacrosse is a "Haudenosaunee life essence."

"A gift from the Creator, lacrosse is the bridge that is meant to be shared with the world, in friendship, peace and unity," said Hill. "Our hope is that every man, woman and child that chooses to and wants to freely experience the thrill of playing the Creator’s game can do so in a healthy environment.”

The commission said Six Nations of the Grand River, the most heavily populated First Nation in Canada, wants the meetings to be in person so there can be full community representation, including elders.

The OHRC also said it will retain an expert Indigenous facilitator to support these discussions. The talks will start with concerns raised by members of the Six Nations lacrosse community as the first step in the important process of rebuilding trust, fostering accountability and promoting reconciliation.