ONTARIO: Lawyers for accused in human-trafficking case ask to be paid through seized funds

'There’s a procedure available in the Criminal Code to permit counsel to make application to be paid from the seized money,' says defence lawyer
Oct 30, 2020 2:10 PM By: Marg. Bruineman, Local Journalism Initiative 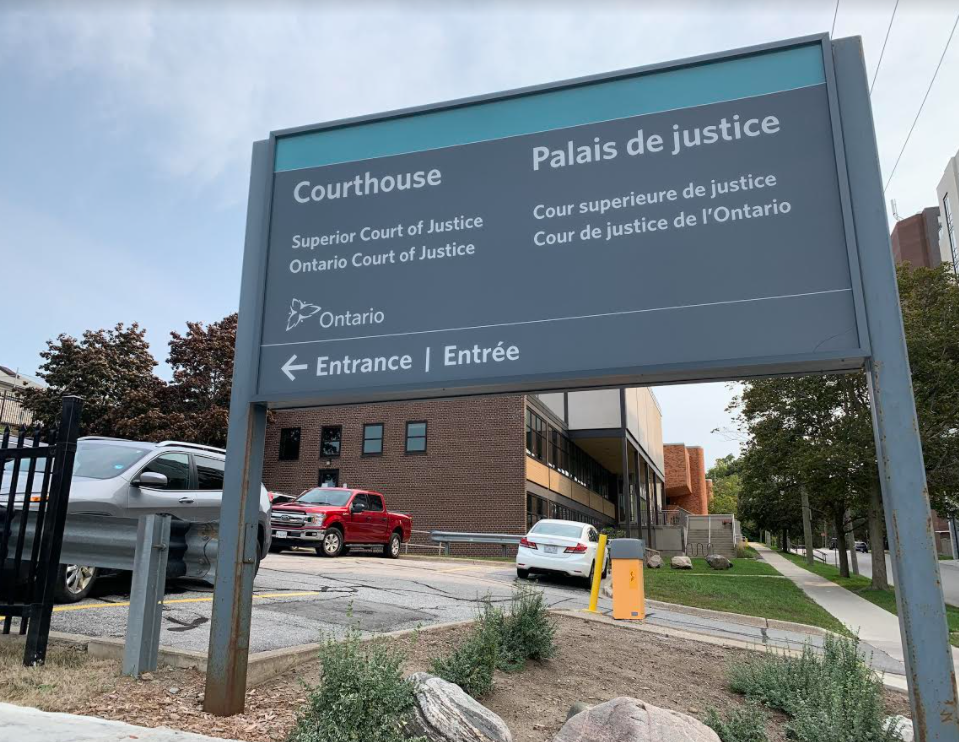 The Barrie courthouse is located on Mulcaster Street. Raymond Bowe/BarrieToday

BARRIE - Lawyers for two of four people accused of exploiting 43 Mexican-born workers and using them as modern-day slaves are asking a court to be paid through money that was seized during their arrests.

Patricia Zuniga Rojas Sr., Kevin Kielty, Patricia (Patty) Camacho Zuniga Jr., and Ashley Camacho Zuniga, all described as Barrie residents, were charged in the spring of 2019 with human-trafficking-related offences, which include an allegation of participating in a criminal organzation and possessing property obtained by crime.

OPP said the joint investigation with Barrie police and the Canada Border Services Agency into the abusive use of more than three dozen workers from Mexico by a Barrie-based cleaning agency dated back to 2018.

The workers said they were brought to Canada under the pretense of either going to school or for the promise of work permits and eventual permanent residency status.

They described living in absolute squalor while under strict control of their handlers and working long hours for paltry or occasional wages.

“The clients are impecunious,” said Peter Thorning, who is representing one of the accused, Patricia Zuniga Rojas Sr. “They can’t afford to have a fair trial.

“There’s a procedure available in the Criminal Code to permit counsel to make application to be paid from the seized money.”

Thorning wouldn’t say what or how much was seized.

While Legal Aid is providing assistance to the two young women who are accused, their mother and the man accused are not getting financial assistance for their defence.

Section 462.34 of the Criminal Code of Canada allows lawyers to make an application for the return of the seized funds to pay for reasonable legal expenses associated with the case. Two years ago, the Supreme Court of Canada upheld the section, emphasizing that accused before the courts require legal representation to protect the presumption of innocence and any fines shouldn’t impede that process.

If the judge agrees, the lawyers then submit their bills to the court for approval.

Thorning said without that, the accused can’t challenge the charges.

“It’s only fair to allow them to defend themselves,” he said, emphasizing the presumption of innocence. “My client is looking forward to her day in court. We’re going to be defending these charges, which we think are unfounded.”

During the court application on Thursday, Ontario Superior Court Justice Cary Boswell also appointed an “independent referee” to be paid for by the government to review seized evidence to determine if solicitor-client communications were among the material seized when police executed search warrants during their investigation.

The case returns to court in December for a three-day hearing into the application to use seized money for the defence of the accused.

Court heard the complainants are also seeking standing at the hearing over use of seized money.