Ford said the government was looking at possibly moving some testing to community pharmacies
Sep 16, 2020 6:33 AM By: Canadian Press 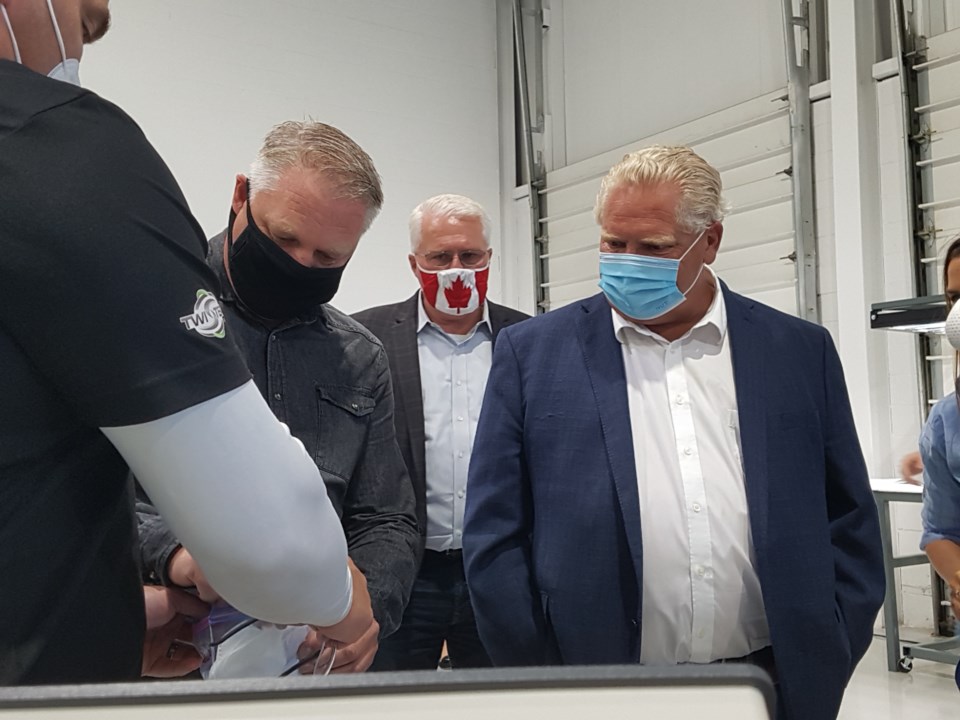 TORONTO — Premier Doug Ford promised Tuesday new measures to address the issue of long lineups at COVID-19 testing centres, as his health minister conceded the government had not anticipated the level of demand for the tests as children return to school.

During his daily COVID-19 media briefing Ford said the government was looking at several options, including possibly moving some testing to community pharmacies.

Ford said he is concerned about the pressure that increased demand for testing is putting on hospitals, which run many of the centres.

The premier said he drove by a testing centre in Brampton, Ont., on Tuesday and saw the long line of people waiting to be tested for the novel coronavirus.

Hours-long waits were reported Tuesday at testing centres in Toronto, Ottawa, and London, Ont. Health Minister Christine Elliott suggested one of the main reasons for the increased demand for testing was the reopening of schools.

"People are concerned, particularly for their children, going back to school," she said. "We did anticipate an increase in the lineups but perhaps not to this extent."

Elliott said the province could address the issue by involving pharmacies or laboratories in additional testing.

On Monday, Ford warned that Ontario's rising virus rates could force the province to move some regions back into lockdown.

He said Tuesday that he will also introduce new guidelines for virus hotspots in Ontario in the coming days.

Ford said he has spoken with the mayors of Toronto, Brampton, and Ottawa — cities that have seen the bulk of the new COVID-19 cases in recent weeks — about their needs.

"They've given us some areas of concern, we're going to address them right away," Ford said, while not identifying the specifics requests.

Toronto reported 73 new COVID-19 cases on Tuesday, with 51 in Ottawa and 42 in Peel Region.

NDP Leader Andrea Horwath said the government needs to move quickly to adjust its testing strategy ahead of a potential second wave this fall.

"It's pretty frightening that here we are on the cusp of wave two and the government hasn't learned its lessons when it comes to the faultiness of their wave one response," she said.

Meanwhile, the province's long-term care minister said Tuesday that a commission of inquiry launched by the government into the COVID-19 response in Ontario's nursing homes has begun its work.

The commission, led by Frank Marrocco, an associate chief justice of the Superior Court, is tasked with investigating why nursing homes were hit so hard by coronavirus disease and whether the province did enough to prevent and contain its spread.

To date, 1,822 residents and eight staff have died in Ontario's long-term care homes during the pandemic.

Merrilee Fullerton said the commission has begun to talk to senior officials in her ministry but stressed they are independent from the government.

"They have a (website) link if people want to reach out to them," she said. "They are staffed up and they have started. But because it is an independent commission the Ministry of Long-term Care is not in direct contact with them on any basis."

Fullerton said she is aware of the importance of the commissions' work and the need to engage with residents and their families.

"Certainly, there will be public hearings, there is a public report," she said. "All of this is to be transparent."

But the commission said in a statement Tuesday that no final decision has been made about holding public hearings.

It said the commission's most important goal was to understand the experience of residents and families over the course of the pandemic.

"The commission has been considering how best to receive information from these key stakeholders, and will begin seeking input from them in the coming weeks."

Ontario reported 251 new cases of COVID-19 on Tuesday, and four new deaths from the virus.

BEYOND LOCAL: What to do when the grandparents don’t follow your parenting approach
Sep 23, 2020 9:25 AM

ONTARIO: Province hiring 98 more labour inspectors to speed up pandemic workplace response
Sep 23, 2020 7:15 AM
Comments
We welcome your feedback and encourage you to share your thoughts. We ask that you be respectful of others and their points of view, refrain from personal attacks and stay on topic. To learn about our commenting policies and how we moderate, please read our Community Guidelines.