Rainbow board and both French boards cancelling classes Jan. 15 in wake of one-day OSSTF strike 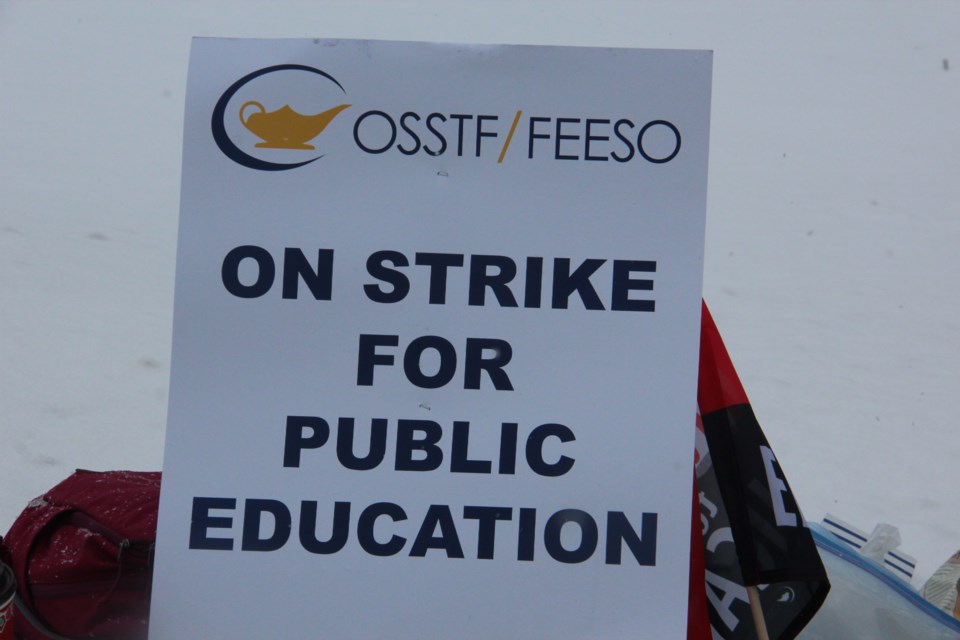 CSCNO schools will also be closed to all elementary students  on Wednesday, Jan. 15.

For elementary students of the Rainbow Board, classes will proceed normally, including for Grade 7 and 8 students at Chelmsford Valley District Composite School, Confederation Secondary School, Lively District Secondary School and Lo-Ellen Park Secondary School. School office staff will be participating in the strike, however.

Parents of elementary school students with the Rainbow Board are asked to call their child's school to inform them if their student will not be attending classes Jan. 15.

Schools run by the Rainbow District School Board, along with schools in the Greater Sudbury region run by the two local French boards, Conseil scolaire public du Grand Nord de l'Ontario and Conseil scolaire catholique du Nouvel-Ontario, are impacted by the strike this time. Sudbury Catholic District School Board, which does not have staff members belonging to OSSTF, is not impacted.

Both the Rainbow Board and the Conseil scolaire catholique Nouvelon  have announced class cancellations due to the strike.

More information on the impacted schools and school boards is available on the OSSTF's website.

Impacting 16 boards across the province, this is the latest in a series of rotating strikes the Ontario Secondary School Teachers' Federation has engaged in amid contentious contract talks.

President Harvey Bischof says he'll call off the job action if the government takes class size increases off the table.

Teachers were angered when the province announced in March that average secondary school class sizes would jump from 22 to 28, and though the government has since scaled back those increases to an average of 25 students per class, Bischof says that's not good enough.

Education Minister Stephen Lecce has said such strikes hurt students, and has framed compensation as the sticking point in negotiations.

This report by The Canadian Press was first published Jan. 10, 2020.