O #Canada150: The Quebec connection behind our national anthem 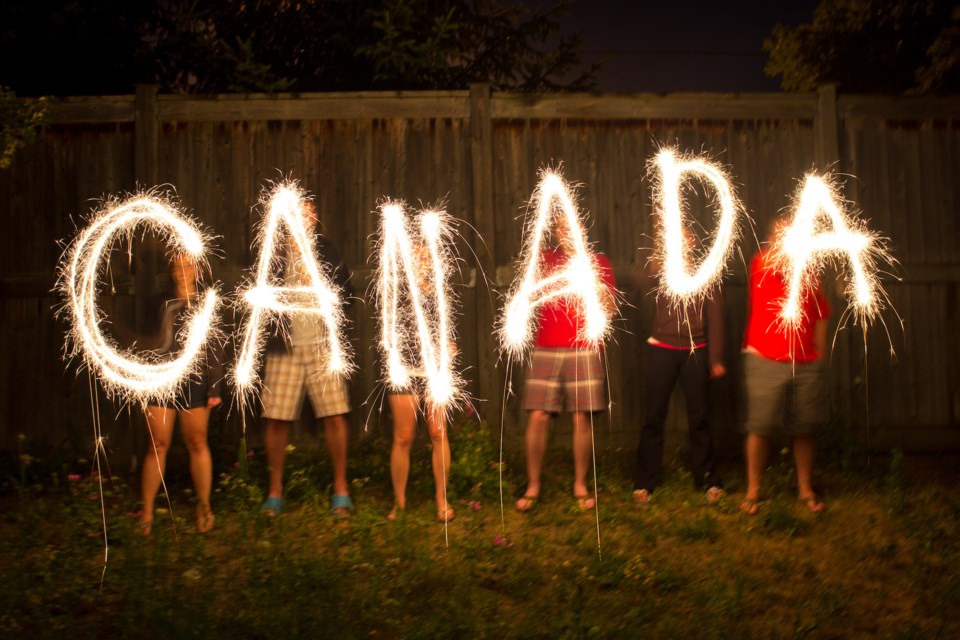 As part of a commissioned project to mark Quebec City’s tercentenary in 1908, Robert Stanley Weir penned the English lyrics to the song we now call “O Canada.” (Supplied)

The sound of champagne corks popping echoed throughout hall. It was the sign of another fine Saint-Jean-Baptiste Day reception in Quebec City.

But this was no ordinary June 24 celebration. It was 1880 and to mark the French fête, the Saint-Jean-Baptiste Society organized Francophone festivities across the continent. In the Quebec capital, thousands turned out for a parade, which featured 23 bands and a cavalcade of regalia. Lacrosse matches punctuated the afternoon and by nightfall, a glorious display of fireworks dotted the skyline high above the city’s citadel.

Elsewhere, at a revelry attended by the Governor General and his wife, the evening was highlighted by a grand cantata. Commissioned just a few months earlier by the Saint-Jean-Baptiste Society, everybody had been waiting in earnest for the first public performance of this exclusive song.

When it was originally completed in April by composer Calixa Lavallée, the Journal de Québec proclaimed, “at last, we have a truly French Canadian National Song!” Those words proved to be prophetic. Simply known as the “Chant nationale,” it would take on greater significance in the coming decades, becoming Canada’s national anthem.

At the time, Lavallée’s song, with words by Adolphe-Basile Routhier, was meant to fill a gap in French Canadian society. While English Canada could choose between “God Save the King” or “The Maple Leaf Forever” as de facto national anthems, there was nothing for the country’s Francophones.

Desiring a patriotic song of their own, the society took matters into its own hands.

Following the first recital on June 24, 1880, performances continued to the tune of incredible fanfare. A few days later, after a concert at St-Jean Church, Le Canada musical noted that, “It seems to embody all the beauty we look for in the national song of a people, and once it spread to our towns in Canada it undoubtedly will become the chosen song of French Canadians.”

It certainly lived up to the hype. As it became standard throughout Canada’s Francophone communities, it achieved its desired effect of becoming a uniting, patriotic anthem. So much so that, by the early 20th century, it had also found a receptive ear in English Canada.

As part of a commissioned project to mark Quebec City’s tercentenary in 1908, Robert Stanley Weir penned the English lyrics to the song we now call “O Canada.”

Although the refrain enjoyed significant popularity, especially after the Second World War, it was decades before it became our country’s official national anthem. Finally, on June 27, 1980, the House of Commons passed the National Anthem Act, which simply legislated what most Canadians had already felt in their hearts.

While the music to “O Canada” has gone unchanged since Lavallée’s composition, the English lyrics have undergone a number of minor revisions over the years.

In 1913, the original line, “True patriot love thou dost in us command” was changed to “True patriot love in all thy sons command.” In 1926, more religious language was later infused into the fourth verse, but this section is rarely recited.

Despite the fact that “O Canada” has been altered in the past, attempts to modernize the lyrics in recent years have been met with resistance. In 2002, Senator Vivienne Poy introduced a bill that put forth a gender-neutral amendment, to replace “all thy sons command” to “all of us command,” but it never made it off the Senate floor. Nearly a decade later, the Governor General made a similar proposition, but this was quickly quashed by the Prime Minister’s Office after a perceived public backlash. In 2013, Poy returned to champion the change, along with Margaret Atwood and former Prime Minister Kim Campbell.

In June 2016, while battling the advanced stages of ALS, Bélanger made an impassioned plea before the House of Commons to move the bill forward. It worked. With the bill approved, it was sent to the Senate.

Nearly a year later, the bill is still languishing in the Senate. Although it passed a clause-by-clause review in December 2016, it has been the subject of rancorous debate.

Although these noted challenges from opposition failed to pass, they succeeded in hamstringing Bélanger’s bill by prolonging the debate which surrounds it. For now, it seems as these Tory senators, and their counterparts, will get their wish. With Parliament now on break for the summer, the third reading in the Senate will have to wait until our federal politicians return from their ridings in September.

Unfortunately, Bélanger passed away last summer, leaving the bill without someone to oppose any further amendments. Another sponsor can be appointed in place of Bélanger, but that would require a unanimous decision among Members of Parliament. However, given the controversy surrounding the subject, that’s unlikely to happen.

When Robert Stanley Weir originally wrote the English version to “O Canada,” our country was a very different place. For starters, women couldn’t vote, and under the British North America Act, they were not considered persons in a legal sense.

As a result, due to this archaic wording in the constitution, women were prevented from holding positions in public office, such as the Senate. In 1928, Henrietta Muir Edwards, along with four other women, took the matter to the Supreme Court of Canada in what would become known as the Persons Case.

Their hopes, however, were dashed when the court sided with the constitution, ruling that women were not “persons.” Undeterred, the Famous Five took their fight to the Judicial Committee of the Privy Council, the highest court in the Dominion. There, the Supreme Court’s initial decision was overturned and it was ruled that women were indeed persons.

A year later, Cairine Wilson was sworn in as Canada’s first female Senator.

Under that landmark ruling, one of the judges, Lord Sankey, argued that, despite its wording, the constitution should be interpreted as a living tree, capable of growth and change. In a similar vein, the same philosophy should be applied to our national anthem without any reservation.

Its words should not be bound to the era in which they were written, and should be reflective of the societal mores of the day. Although we’re unlikely to be officially singing updated lyrics to “O Canada” this July 1, change is on the horizon and we would all be wise to heed these lessons from the past.

More #Canada150 moments from this month

June 1, 1938: Superman, co-created by Canadian Joe Shuster, made his debut in Action Comics #1.

June 22, 1990: Elijah Harper, Member of the Legislative Assembly of Manitoba, opposed the Meech Lake Accord, a proposed package of constitutional amendments, on the grounds that Indigenous peoples had been excluded from the consultation process.

June 24, 1976: The CN Tower opened to the public. At the time, it was the world’s tallest free-standing structure.

June 28, 1981: Terry Fox, who set out on a cross-Canada run, known as the Marathon of Hope, to raise money and awareness for cancer research, passed away.

In honour of Canada’s sesquicentennial this year, Sudbury.com, with the help of our resident historian Dr. Mike Commito, is going back to the archives each month throughout 2017 to highlight some important memories and events in our nation’s history. We hope to provide you with some interesting stories about our past as we collectively celebrate, and analyze, what #Canada150 means.

Today is the anniversary of the day Canadian women (officially) became people
Oct 18, 2017 2:21 PM
Comments
We welcome your feedback and encourage you to share your thoughts on this story. We ask that you be respectful of others and their points of view, refrain from personal attacks and stay on topic. To learn about our commenting policies and how we moderate, please read our Community Guidelines.