De Burger-Fex: Hockey has united my family, just as it has this country 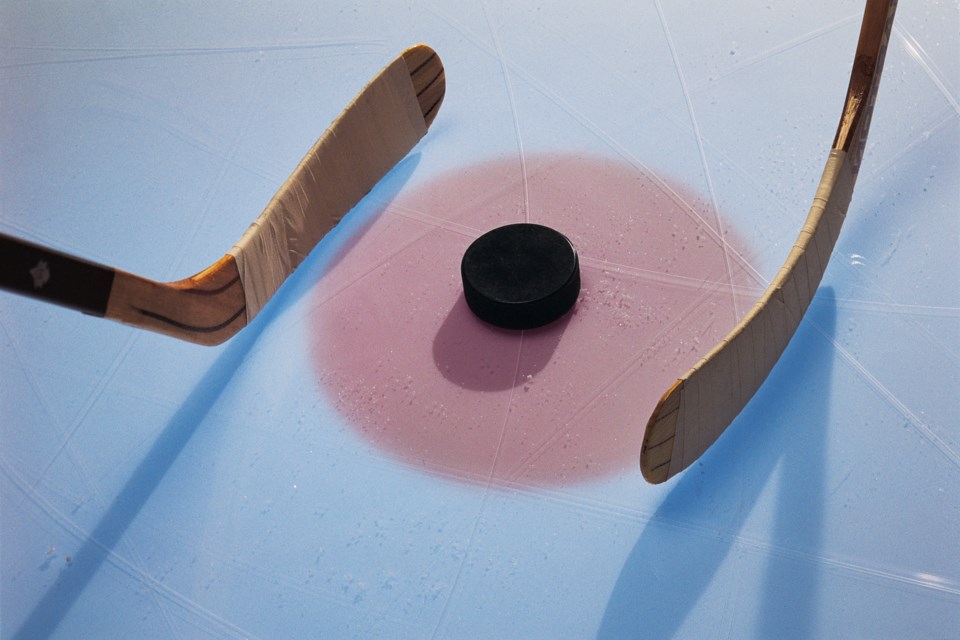 Hockey has been a constant in Erna de Burger-Fex's life, from childhood all the way to today. (supplied)

Ever since the 1950s, hockey has impacted my life in various ways.

My father and three brothers were all huge sports fans of many different sports. It was inevitable that I be drawn in at some point. I’m not sure how or when it happened, but meeting my husband, Alex Fex, in 1959 accelerated that interest without a doubt.

When we met at Pine Cove Lodge on the French River in August of that year, I had no way of knowing what a superb athlete he would prove to be.

My dad and my brothers began to watch and enjoy hockey on television on Saturday nights. Often, Alex would join them at our home in Rockville — aka Dogpatch, near Creighton Mine. Of course, I wanted to be there, too. Dad bought a mechanical table hockey game, which all the men played frequently with lots of yelling and fun.

Just after my brother, Willy, was killed in 1960, it was an excellent diversion for my brothers and my boyfriend in those early difficult months.

During that winter, I started to attend high school hockey games as Alex played for Sudbury High School and I attended Copper Cliff High, which had a strong rivalry. Alex was an excellent player, always playing with great energy. Sometimes, he got over-excited, which resulted in penalties of course.

He attempted to hold himself in check somewhat until near the end of the game. That way, he explained to me, he wouldn’t miss playing too much of the game.

Several times, the next day I would be greeted by some of the Copper Cliff players asking me to keep him in check, as if I had any control over what happened on the ice. I would tell him on the phone that night and he would laugh and tell me to just forget about it. I developed a love for hockey during my high school years.

When Alex attended Ryerson Institute of Technology, now called Ryerson University, he easily achieved a place on the varsity team there. Again, he excelled, and, in fact, that entire team was a powerhouse and won the Intercollegiate Championship in 1962. No Ryerson Rams hockey team has been able to do that since then.

In 2012, that team was inducted into the Ryerson Sports Hall of Fame. I was there in Toronto, accompanied by a number of family members, even grandchildren.

That was a truly wonderful day for all of us and we were justifiably proud.

The current coach of the team told their story and pointed out that the “silver foxes” should be an example to them to encourage them to strive for the same result.

Every year since then, the team members have been invited back to Ryerson to play against the current hockey team. Sadly, there are fewer players able to come every year as age is having its effects.

The university has treated these alumnae royally ever since. Team member Don Desjardins purchased seats for each team member and there’s a plaque with their name on their seat. Our grandkids love to find their grandpa’s seat and sit in it whenever they are at the Ryerson Arena, now called the Mattamy Athletic Centre.

Oldtimer Hockey took over our lives when Alex turned 35 and the Walden Oldtimers Hockey Team was formed. He is the only member of that founding team who is still actively playing hockey. He plays three times a week at Walden Arena in Lively. At his age of 77, that is remarkable. He loves it.

In 2010, Vancouver hosted the Winter Olympics to all of Canada’s joy. I’m an avid Olympics fan enjoying watching many different sports, my favourite being figure skating.

Canada won gold due to the magnificence of the dance pair Virtue and Moir. The entire Olympics lasted a full 17 days. Naturally, we watched the men and women’s hockey teams, as well.

The women’s team won a gold medal on Day 14 of the Olympics, beating the US team. Now it was up to the men to replicate that feat.

When the men’s team hit the ice, the fans gave them a raucous reception to encourage them. They were playing arch rivals USA. At the end of regulation time the score was tied. Just seconds into overtime, Canada’s best hockey player, Sidney Crosby, scored. Pandemonium everywhere across Canada where people had gathered to watch.

Gold medal there, too. Hockey will be a part of our lives forever.

Whenever we are in Toronto, we try to go to watch our talented grandsons, Matthieu and Nicholas, play. Our older grandson, Trent, played when he was younger. Our sons-in-law, Scott and Rey, are playing oldtimer hockey now and often ask Alex to play with them. He loves that.

Our youngest daughter, Allison, has recently taken up the sport. Our great grandson, Aayden, was a member of a team last year, and we attended many of his games in the Sudbury area. That was fun. He was always very happy to see that we were there.

The effects of Canada’s national sport, hockey, have permeated our lives nearly all of our lives. It has been a uniting factor for this family and this country.

Column: COVID-19 is not the new normal, we get to create our new normal
May 11, 2020 8:00 PM
Comments
We welcome your feedback and encourage you to share your thoughts. We ask that you be respectful of others and their points of view, refrain from personal attacks and stay on topic. To learn about our commenting policies and how we moderate, please read our Community Guidelines.