A 74-year-old woman on the conundrum of turning 75 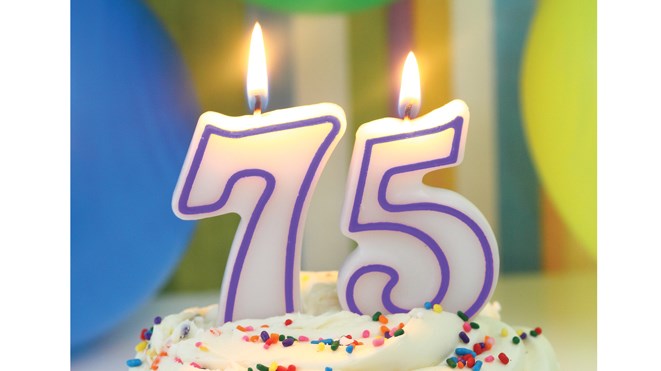 Aging might come with its own set of problems, but it has its charm as well, says columnist Erna de Burger-Fex. Photo supplied

Who am I to believe? I was born in 1941 into the chaos in my country that had been over-run by the Nazis. With such a start in life, it’s no wonder that now and then my mind takes matters in its own hand. The math works out, but do I want to believe it? There’s the crux to the whole issue. Do I want to believe it?  Well, believe it or not, June 7 will come! Yes, it will! It comes every year.

I have always looked forward to my birthdays. In Dutch culture, birthdays are very special and celebrated by the entire family. The greetings on the special day are given to the parents as well as the celebrant.

Much younger people tell me frequently, “It’s just a number.” Yes, it is. The digits are seven and five, which is also true for five and seven, which is 57. Why can’t I just choose the second number? I have to admit that my eldest daughter is nearly 52 — that’s why. This old woman will not lie about that.

My eldest grandchild is 28 years old – can you believe that? And she has a son who is six years old. It’s true. He’s so cute. My three daughters are intelligent and productive in society. That’s wonderful.

Stairs anywhere are not a problem for me and that’s a good thing. My memory is not so great and that’s a bad thing. I have posties and lists all over the house, and even then I forget things. Even events. Being the eldest of all the de Burgers in Canada and in Holland puts me at the top of the ladder. I really hope that someone is supporting that ladder, please?

Sometimes, I need help in carrying heavy things — that’s all right, isn’t it? If I throw out my back, someone would have to care for me. Too much trouble!

My father’s genes keep my hair dark with very little grey around my ears as he had when he died at 91. Both of my parents passed on the great genes giving me my smooth skin with few wrinkles. Thank you, Mom and Dad!

Glasses? Yes, I wear glasses and have been for many years. No big deal! My youngest daughter started wearing glasses when she was three years old. I rather like my glasses — the frames match my eyes as does our blue Honda Civic (match my eyes, I mean.)

Thank goodness I still have my own teeth – most of them anyway. They’re not beautiful, but they’re mine!

Hearing aids are a nuisance, no doubt about it. This old woman longs for the days when she did not have to worry about that. I’ve lost some and they’re expensive wouldn’t you know?

My nearest and dearest keep after me about my hearing problems. Do they really think that I haven’t been aware of that? I’ll tell you a secret – there are times when I don’t want to hear everything around me. In restaurants I can hear conversations from three tables away. It’s usually not very interesting anyway.

In retrospect, my 75 years have more positive events than negative. My husband and I have lasted 52 years and every day was perfect (not!).

I guess I realize that I’m doing well at age 75.