Reflections: A turtle, a rabbit and a hamster … oh my! 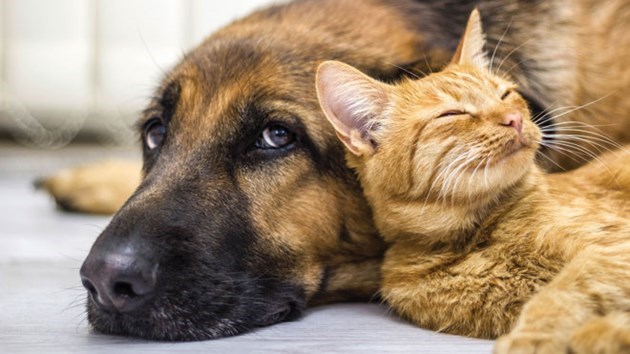 For a long time, pets weren't allowed in the de Burger-Fex household due to severe allergies, but it was a blessing in disguise for mom and dad. (Supplied)

While they were growing up, my two older daughters never had a pet.

Do I sound mean? Not so!

I had a very legitimate reason for no pets in our household. One of the children was very allergic to fur and feathers and many other things, too.

Her father and I were secretly quite happy about this as neither one of us actually wanted to have any animals in our house. It was enough effort to care for two little girls we felt besides having to worry about a dog or cat’s needs. Whenever we decided to go on a trip, we never had to concern ourselves about dog kennels or leaving enough food for the cat.

One night, quite late, our younger daughter became very ill, necessitating us taking her to see a doctor near midnight. We called the doctor on call, who agreed to meet us at the clinic. After examining her, he decided that she was fine and told us to take her home. His exact comment was, “little children are like puppies, they need lots of love and affection.”

My reply, “my children get lots of love and affection.”

I dressed her quickly and we rushed out of that clinic to drive home. I sat up with her the rest of the night. The next morning, I called our family physician, who also listened to her chest and admitted her to hospital immediately. This was less than 10 hours later. She was there for 10 days.

The love and affection that childless doctor lavished on his dogs was no comparison in my mind to the nurturing I daily gave to my children.

Later this backfired on me. I had always wanted to have a fur coat. When the time came that I was actually preparing to purchase one, I brought my daughters to Levine’s Ladies’ Wear. When my younger daughter came within 10 feet of the rack of coats, she immediately she began to sneeze and cough. The decision was made for me. I never bought one.

Later we were fortunate to have a third daughter. She just loved animals!

“Please, please mommy can I have a pet?”

I had her dad (not me) explain to her why this could not happen in our house. We finally agreed to her having a tiny baby turtle. That satisfied her for a little while, but she soon got bored with it, no surprise to us. This was a very active child and a turtle was just not enough.

I’m not sure how she got around us, but we agreed to a fluffy white rabbit with the instructions that it would always remain in its cage outside. One day she went to check on it after school and the rabbit was gone! Where to search? Unfortunately, that rabbit got cold and had climbed under the hood onto the motor of our car where it was warm. You can guess the rest. No more rabbit!

After her older sisters had left the nest, we acceded to her request for a hamster. Off to the pet store we went. It took her a long time, but finally she chose a cute one. We purchased a cage, food, a wheel for it to run on because these little creatures need exercise of course.

In the car on the way home to Lively, didn’t that hamster chew through the cardboard box from the pet store and get loose in the car. Stop the car. All three of us were on our hands and knees searching for that darn little hamster. Dad was not happy! Because of its colour, it blended in with the upholstery and it took us a while to find it.

Once at home, she was instructed to put the little animal in its cage fastening it securely. Hamsters are nocturnal and it ran on that wheel all night long while we tried to sleep. I can still hear it!

Today, that daughter has two cats and a beautiful Burmese Mountain Dog – the size of a small pony. But hey, it’s not my problem and Max is quite docile and friendly.  However, with those huge paws of his if he steps on your foot, it hurts!