Reflections: Remembering the end of an era in Creighton Mine 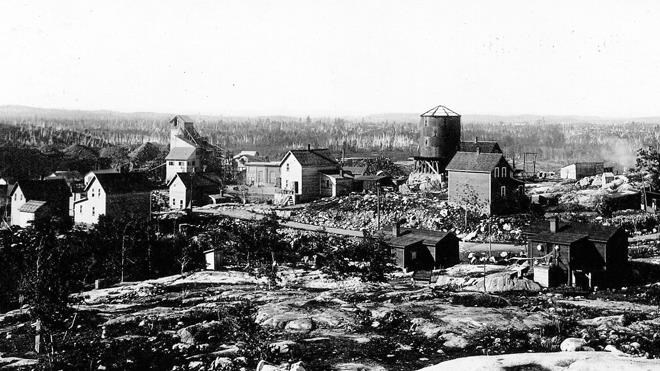 The small community of Creighton Mine was about 70 years old when the mine, its reason for being, was closed and the community demolished, including St. Michael’s Church. (Historical)

In 1986, the homes were being demolished one by one in the town of Creighton Mine, the bulldozers flattening them to the point that it was difficult to see where they had once stood. It was painful for the residents to watch the destruction of the town they loved and where many had lived for numerous years and had expected to live out their days. Tears flowed freely.

When the social centre of the town, the Club, was torn down, it was inevitable that the churches would also be destroyed. Cabrini Hall, beside the Catholic church was used for many well-attended bittersweet social gatherings.

Liturgical ceremonies were held over a three-day period in St. Michael’s Church. All the Creightonite priests — Father Sharpe, Father Hutton, Father Fortune and Father Bourgon — were present and participated as well as the Sisters from the parish. Choirs learned new hymns for these special masses.

The Creighton-Lively Knights of Columbus Council 3909, in full regalia, were present emphasizing the solemnity of the weekend. On Sunday, all ceremonies concluded with the literal emptying of the church. The date was Sept. 28, 1986.

The large statues were laboriously carried down the many church steps to waiting trucks. From there, they were slowly transported to the nearest Catholic Church, St. Pius X in Lively, about two miles away. Upon arrival there, they were carefully unloaded and carried into the church. It was a sad but memorable procession going down the highway. The church’s bell was also transported to Lively and today is outside on the grounds of St. Pius Church in Lively.

St. Michael’s had stood for 70 years. Father Emmett Regan was its priest from 1935 to 1976 when he died. He lay in state in St. Michael’s for parishioners to pay their last respects. The line of parishioners was unending. Creightonites who were not Catholic came as well, as Father Regan had been a well-loved institution in the town.

Priests from Lively served the parish for the next 10 years until the church was destroyed in 1986.