Reflections: Snow is a four-letter word 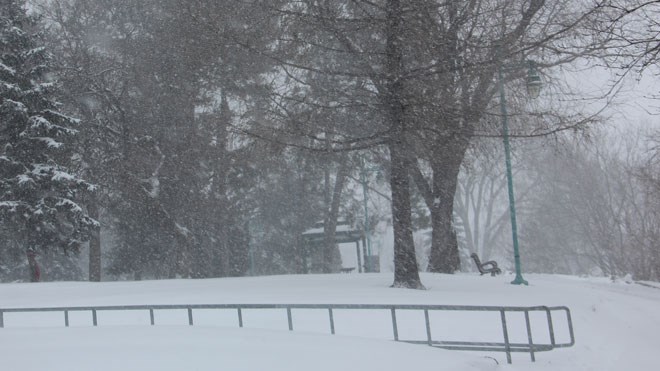 Snow is a four-letter word. Winter is a six-letter word. Snow is loved by many and disliked by perhaps just as many.

Age might be a factor. The elderly are not happy to see that first snowfall, knowing it could herald a notoriously long winter. It is slippery and very cold outside and the streets are difficult to drive on.

Children, however, jubilantly welcome the snow. For them it means making snow angels on the frozen white ground, sledding and tobogganing wherever there is a hill in their environment.

Such fun! You can hear their gleeful shrieks as they fly down the hill. If there is a severe snowstorm, perhaps school buses will be cancelled and the elated kids will get to delight in a Snow Day.

That unexpected day off brings them racing outside to play and use their imaginations to decide what activities to do. Should we roll balls of snow to construct a snowman, build a fort, go sliding, so many options!

On the other hand, blizzards are dangerous and warnings are issued by the police not to drive anywhere during such a worrying snowstorm. That is after all why the call was made rescinding the school buses for the day.

Many people enjoy skiing, and for them the advent of the white stuff has them anticipating many exciting days on the ski hills. They love being outdoors all day in winter.

It’s not a sport I have ever tried but it just looks like so much fun! I’ve heard that apres-ski activities are almost as much fun. True?

Snowshoeing is how the native people travelled to their trap lines in the bush. Subsequently many other people have enjoyed walking on the frozen lakes and into the snowy bush this way.

It has been said that the Inuit have multiple words to describe snow. Perhaps that’s because it is their world for most of the year.

A professor at the Smithsonian Arctic Center studied this and discovered that indeed there are at least 50 words to describe snow in their cold northern environment. It makes sense that they would require so many words to refer to sleet, snowflakes, blizzards, icicles, hail and ice.

Walking in the evening during a soft snowfall is magical. It is calming and most relaxing. An enjoyable way to spend time outdoors leaving the hustle and bustle of daily life behind.

It’s a marvellous opportunity to observe the awe-inspiring beauty of the mantle of snow covering the evergreen trees.

Winter is definitely not my favourite season but it does have its admirable qualities which I can appreciate.

Here where I live, and will live, for the rest of my life, Northern Ontario, winter and snow are a fact for numerous months of the year and I can accept it, albeit reluctantly.

While I was teaching, I taught my small pupils a short poem which began: “January brings the snow, makes my feet and fingers glow.” And it does!