Reflections: Soaking in the Christmas spirit in Toronto's Distillery District

'The numerous quaint little shops were all decorated for Christmas, and, of course, the music of the season could be heard everywhere'
Dec 3, 2019 4:00 PM By: Erna de Burger-Fex- Reflections 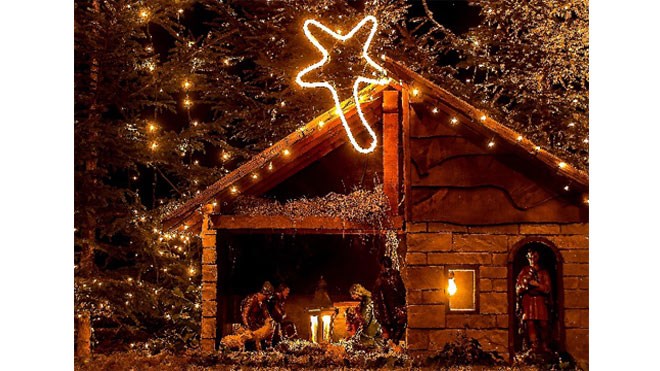 The sights and sounds of Christmas take centre stage at the Christmas Market in the Distillery District of Toronto, says Erna de Burger-Fex. (Supplied)

“It’s beginning to look a lot like Christmas” the old song goes, and that is certainly true everywhere you look these days.

While we were in Toronto recently, we decided to visit the Christmas Market in the Distillery District. That amazing area had just opened that very weekend. It was well worth our time, and it certainly put us in the Christmas mood.

The numerous quaint little shops were all decorated for Christmas, and, of course, the music of the season could be heard everywhere. A group of four carollers, dressed in red capes with red and white scarves and toques, serenaded us with the beautiful song, “What Child is this?” Their harmony was exquisite! They asked if I had a request, and my favourite Christmas song is “Mary Did You Know?”, but, unfortunately, that was not in their repertoire yet. Two of them mentioned that this lovely song had been requested a number of times this year already and they would learn it for next year. I hope I will get to hear it then.

I was impressed by the numerous signs that said Merry Christmas and Noel throughout the site! To me, those are the greetings I love to hear at Christmas time.

All different kinds of food were available to tempt us. Tourtiere, pancakes, roulades, apple pie, Japanese food, Mexican tacos, popcorn, sausages of all kinds, cookies beautifully decorated. It was a feast! Many of the shops offered hot chocolate — with or without alcohol — mulled wine, hot apple cider. The aroma emanating from all of these delicacies added to the general atmosphere of this Christmas market. The hot apple cider captured us and we enjoyed it immensely.

There was a giant Christmas tree with the largest balls adorning it that we had ever seen. A very tall, friendly Father Christmas was meandering through the crowds and posed for pictures with anyone who asked. That included me, of course. I almost reached his shoulders. He was beautifully dressed in red and white with a gorgeous red top hat. Lights were fastened to every building, tree, the shops, the Christmas tree and yes, even the ferris wheel.

At night, the Market is even more beautiful than in daytime because of those lights!

The humongous ferris wheel was decorated in the Christmas motif and was working, with people actually paying for rides. Now that is something you’ll never catch this senior lady doing. Just the thought of being up so high in a small bucket is nauseating to me. There is a bit of personal history here to explain my ludicrous reaction. Before we were married, thus a very long time ago, Alex took me to a midway in Sturgeon Falls, and I naively agreed to go on the ferris wheel with him. Wouldn’t you know it? The thing got stuck while we were at the very top just hanging there. I was terrified. So that was my one and only ride in that contraption in my entire life.

There were some larger shops that we visited, as well. One of these sold only socks – nothing else. Funky socks of all kinds in all sizes were available. I was astounded. I just had to purchase a few fun pairs for our grandchildren for Christmas. The staff was all dressed in red and white, as was the case in nearly all of the places we entered.

One shop was staffed entirely by deaf people except for the young man at the cash. Two other staff members were communicating very quickly in sign language.

That was very impressive.

There are a number of interesting art galleries in that area, as well, which are open year-round. Giving the Distillery area its name is a number of small breweries located there, some of which have been there many years.

One gentleman I met, and with whom I chatted for a few minutes, told me that the Distillery District is lovely at any time of year. We’ll have to check that out next summer.