There’s a demographic wave coming and it’s a race to see if we can re-orient our health-care system before that wave breaks
May 4, 2017 10:33 AM By: Mark Gentili 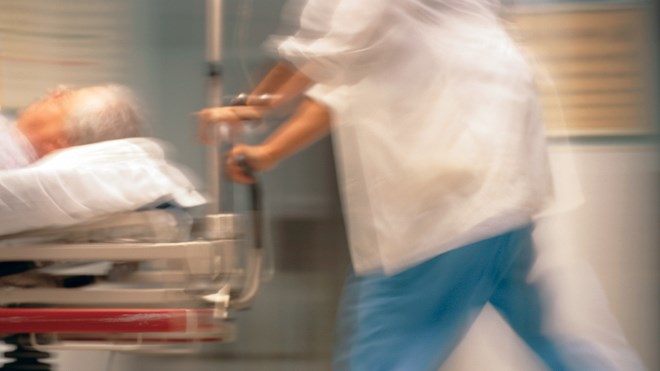 After a series of unflattering audits, the province is abolishing the CCACs and transferring its responsibilities for providing home care to Local Health Integration Networks.

By removing a layer of bureaucracy between the service provider and those who need the service, Ontario has framed the move as a red-tape trim that will free up money and improve home care delivery.

Critics aren’t so sure. But one thing we can all agree on is Ontario’s health care system has been in a state of flux for several years. And there doesn’t seem to be a light visible yet at the end of what has proven to be a long dark tunnel.

Over-capacity in Ontario’s hospitals — like Greater Sudbury witnessed this past winter at Health Sciences North — is not a new phenomenon and it’s not solely a northern issue. It’s happening across the province.

Some — like the Ontario Council of Hospital Unions (OCHU) — blame the over-capacity on funding. With more cash, OCHU argues, hospitals could fund more beds and more beds would mean more capacity. Problem solved.

It’s true, hospital funding has been frozen or below the rate of inflation for about eight years. Data from the Canadian Institute for Health Information shows Ontario spends, until this most recent budget, about $1,395 per person per year on hospital funding, below the Canadian average of $1,749 per person. Ontario also has the fewest number of hospital beds per capita in the country.

But is more money and more hospital beds the answer? I’m not so sure about that.

Over-capacity is definitely a serious problem. It’s expected to cost Health Sciences North around $7 million this fiscal year. Having hospital beds in hallways and lounges is far from an ideal situation. It’s bad for care, bad for staff morale and bad for patients.

The question is why. Why are so many hospitals bursting at the seams?

The answer isn’t that there are too few beds. The answer is in who is occupying those beds.

From hospital administrators to Deputy Premier Deb Matthews, the answer is clear: Hospitals are full of patients, mainly the frail elderly, who shouldn’t be there, who don’t want to be there, but who have nowhere else to go because they can’t access the home care and other services (like caregiver respite) necessary to help them live at home.

Matthews has said Ontario’s health-care system is in a state of transition and the goal is to build capacity outside the walls of hospitals. That way, hospitals can focus on serving acute health care needs, and those who need it can access care in the community. It’s feels like it’s progressing at a snail’s pace.

The wave of Baby Boomers in the process of transitioning from “senior citizen” to “elderly” has yet to crest. But that crest is coming and it’s going to break all across this country.

If we can’t beat that wave to the beach with a re-jigged health-care system, we’re going to be drowning in so many alternate level of care patients (the term for those who no longer require acute care, but lack the services to be discharged from hospital) the health-care system will be paralyzed.

In last week’s budget, Ontario bumped up health spending by three per cent. Finance Minister Charles Sousa call the $11.5 billion in new money a “booster shot” that will cut wait times for specialists, fund new facilities and mental health services and be used to create 40 “elderly persons centres” where seniors can go for meals and exercise programs.

The home care system rests on the backs of personal support workers (PSWs). But for years, we’ve been hearing how high turnover rates, low salaries and difficult working conditions are pushing qualified PSWs out of the profession.

The province appears to have noticed finally. This year’s budget introduced two things on that front: A PSW registry (actually, this is a re-introduction) to help support PSWs and patients; and $250 million for home and community care to increase the number of personal support and nursing services, provide more respite for caregivers and fund more nursing home staff to work with residents who have challenging behaviours brought on by things like dementia.

In the meantime though, it will likely take several more years to turn a ship as massive as Ontario’s $50-billion health-care system. Because that’s what we’re talking about: Evolving a public system that meets the needs of yesterday’s patients, not today’s.

Fingers crossed we can turn the ship before it gets swamped.

Gentili: Honestly, we’re still debating back-to-school at my house
Aug 21, 2020 4:00 PM
Comments
We welcome your feedback and encourage you to share your thoughts. We ask that you be respectful of others and their points of view, refrain from personal attacks and stay on topic. To learn about our commenting policies and how we moderate, please read our Community Guidelines.