Gentili: But does Trudeau have the chops to be a Lester B. Pearson?

When it comes to making a minority government work, Canada’s 14th prime minister was a master. Can the current Liberal leader follow suit?
Oct 23, 2019 12:00 PM By: Mark Gentili 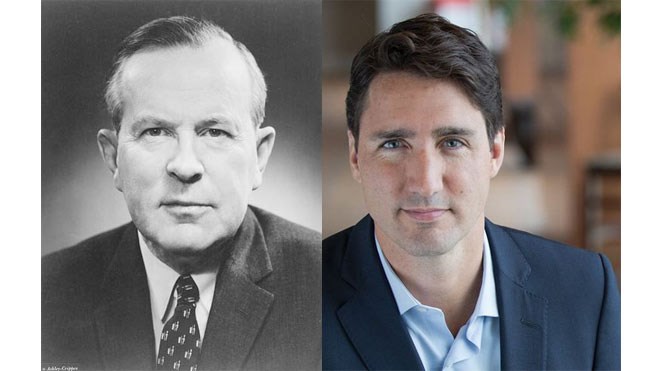 Canada’s 14th prime minister, Lester B. Pearson, was a master politician. A visionary in some respects.

Just look at his record. During his two terms in office as prime minister, from 1963 to 1968, Pearson’s accomplishments are almost unbelievable.

We saw the creation of the Canada Pension Plan. Student loans, a staple of our post-secondary education system, became a thing. The Order of Canada was created. The Maple Leaf flag became the now-iconic symbol of the country.

Pearson’s government ended capital punishment in Canada, for all intents and purposes. His government laid the groundwork that ensures the millions of Canadian Francophones can receive government services in their first language.

Then there’s a little thing we call the health care system. It was under Pearson’s watch that Canada’s universal health care system — something that has become a part of the Canadian cultural identity — was born.

That’s a long list of accomplishments for any prime minister. Lester B. Pearson did it with a minority government.

That’s a lot to live up to if you’re Liberal leader Justin Trudeau.

Pearson — a soldier, academic, public servant, diplomat and politician before becoming prime minister — wore many hats over his lifetime, and the wearing of those hats gifted the man with a breadth of life experience that few can equal. That life experience and the requisite skills he learned served him well as a politician, especially as a politician who led not one, but two minority governments.

But of all the skills he picked up before becoming prime minister, diplomacy may be most important.

As a diplomat, he helped negotiate Canada’s global role in the post-Second World War period. He was there at the founding of both the United Nations and the North Atlantic Treaty Organization.

Those diplomatic skills served him well when, as Canada’s foreign affairs minister in 1956, he proposed and pushed for the creation of what would become the United Nations Emergency Force that helped resolve the Suez Canal Crisis, a.k.a. the Second Arab-Israeli War.

Pearson won a Nobel Peace Prize for that in 1957.

Why am I going through the man’s bio? Well, because he ran possibly the most successful minority government in Canadian history, and he did it by being smart, tactical, flexible and diplomatic.

The man has a talent for working a room, for getting people to like him.

Can Trudeau can keep those more negative aspects of his personality in check? He certainly didn’t when cabinet minister Judy Wilson-Raybould and Jane Philpott rebelled. He ushered them out instead of keeping them in the tent.

He has to keep his impetuosity in check to get down to the business of horse-trading with opposition parties that will keep him in power. After all, a prime minister of a minority government must be all about the delicate interplay between negotiating, making concessions and holding firm.

Fortunately for him, he has pulled the party so far to the left, Grit priorities dovetail more closely with the NDP’s than a closer-to-centre Liberal brand would. On climate change, pharmacare and social programs, the two parties mostly agree. On pipelines and fossil fuel subsidies, they’re pretty far apart.

Perhaps a chastened Trudeau has learned from his mistakes. Perhaps.

Could be we’ll be heading back to the polls before too long.

At the very least, the Liberal leader seems to have enough political savvy to survive. The question is, under a minority, will Trudeau thrive in the way Pearson did? Let’s just say, Justin is no Lester.