Gentili: Not an emergency? Opioid deaths have flatlined life expectancy in Canada

Opioids are killing a Sudburian every five days. Overdoses are now the leading cause of accidental death, more than car accidents. This is an emergency
Jun 6, 2019 10:07 AM By: Mark Gentili 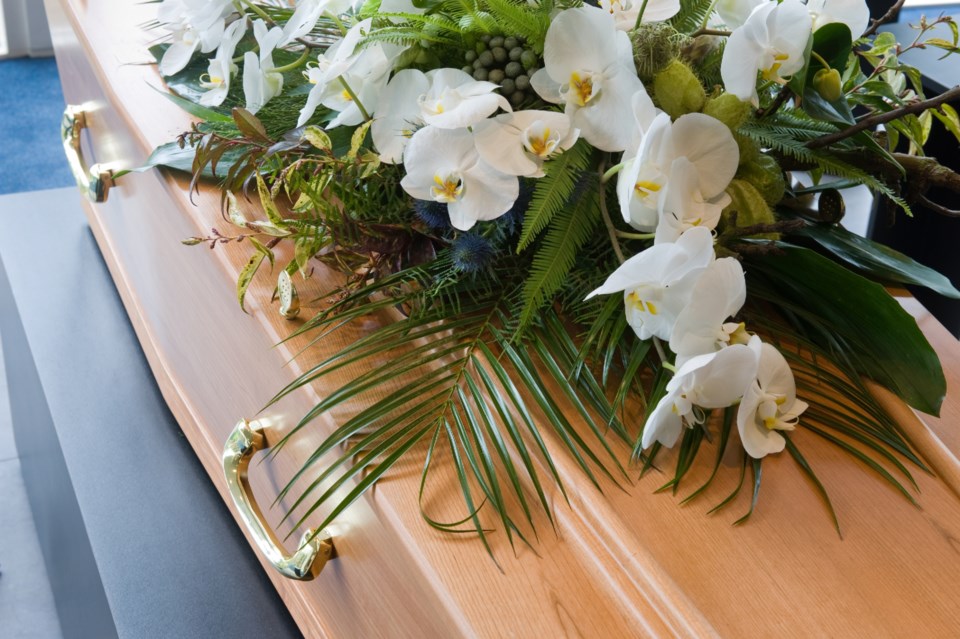 I had no intention of writing about opioids again this week. I really didn’t.

Then, on Thursday, Statistics Canada released a new report on life expectancy, and I found myself writing about opioids again. Using data from 2016 to 2017, StatsCan showed that for the first time in 40 years, life expectancy in Canada has not increased.

In the U.S., 2017 data analyzed by the National Safety Council revealed another frightening piece of information. For the first time since stats have been kept, automobile accidents are no longer the leading cause of accidental death in the United States. What replaced it? Opioid overdoses.

That 2017 U.S. statistic was mirrored in Canada.

A Sudburian is dying every five days on average from an opioid overdose.

I don’t claim to be an expert in this and I don't claim to have all the answers, but here are some things I want to share with you.

A study published in the journal Pain in 2018 and reported on by iPolitics found a quarter of all opioid prescriptions in Ontario exceeded the recommended daily dose. Of a highly addictive and potentially deadly drug. And while overall the amount of the drug prescribed has dropped, the number of prescriptions continue to rise.

That is ridiculous. I can see no reason a drug once reserved mostly for the terminally ill (before effective and irresponsible marketing convinced doctors and patients alike that any pain was unacceptable) should be prescribed with such regularity. Prescription guidelines for opioids need to be followed to the letter and doctors should face serious consequences for going outside those guidelines without a damn good reason.

Between 2013 and 2017 almost 3.5 million doses of prescription drugs went missing from Ontario pharmacies — the vast majority were opioids. The drugs just disappeared and no one could account for them.

We know where most ended up, of course. On the street. How many people did they kill, I wonder.

These numbers were dug up as part of an excellent joint investigation by Global News, Toronto Star and Ryerson School of Journalism last year. The report pretty clearly demonstrates that the oversight and tracking systems that are supposed to be monitoring pharmacy drug supplies (to ensure pharmacist can't, you know, just become drug dealers) has failed us.

We need much better oversight of pharmacists and pharmacy storerooms.

We are in the midst of an emergency. Let me say it again: Opioid overdoses have killed so many people it's impacted life expectancy at a national level.

We need to stop quibbling and start acting. We need to take harm reduction seriously with evidence-based strategies and treatment programs.

Overdose prevention sites (OPS) need to be a key component of this. I applaud the volunteers (who call themselves STOP, Sudbury Temporary Overdose Prevention Society) who have been setting up popup temporary sites around downtown in recent weeks.

STOP members are health-care and social service professionals who are tired of waiting on the government to do something.

And don’t give me that nonsense about coddling drug addicts. The sites have a proven track record of not only keeping discarded needles from littering parks and alleyways, but also preventing people from dying. They limit the spread of blood-borne diseases like Hepatitis C and HIV.

Just as importantly, it’s a point of contact for people where they can potentially decide to access services. Some will, some won’t, but the longer an OPS is operating in an area and the more comfortable people become with using them, the more likely they’ll be to seek treatment.

No one wants to be a drug addict. This is not “a problem that takes care of itself,” a statement I hear too often. People who are addicted are still people. They are not refuse to be ignored and discarded.

If you can't muster up a shred of human empathy for people who are clearly suffering, try looking at it this way: We can’t ignore them because they cost us money.

Taxpayers have to pay for all of that. The more people we treat for addiction, the fewer we have to incarcerate. If we treat them as people with an illness, far more of them will be able to turn their lives around, get jobs, pay taxes and spend money on things other than drugs, things that help drive the economy.

We have to accept that there will always be a percentage of the population who are addicted to something harmful. It’s a law of large numbers and we are imperfect creatures. Drug addiction doesn't just affect the user; it imposes a societal cost (in real dollars) that we all must bear — it's the price of civilization.

This emergency that's been created won't go away on its own. We need to deal with it. Being part of a society is a pact we've entered into together and it means we have a responsibility to maintain this thing we've built. It's built of people after all.

Whether you choose to view this emergency with your heart or your brain, we can’t stand idly by and do nothing. It’s too expensive to keep doing what we’re doing and too many people are dying