Gentili: The North deserves more than to fight over the scraps

Rivalries and competition between northern communities and ridings isn’t good for any of us
Jun 22, 2018 10:00 AM By: Mark Gentili 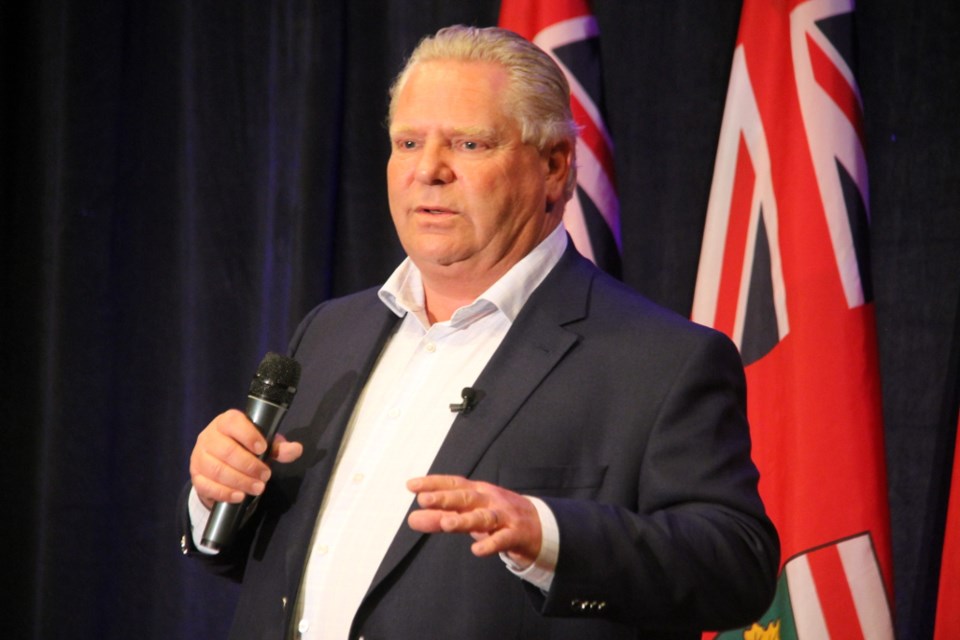 We don’t yet know exactly what a Doug Ford government will look like, but we — Sudbury, that is — know it likely won’t be as favourable to the Nickel City as were the Liberals.

For 15 years, Sudbury was a riding the Grits were willing to fight hard to keep. They showered the city with cash. The Liberals funded projects, supported community initiatives and just generally catered to us.

That’s par for the course when you have a cabinet minister for an MPP. No party that forms government wants to see one of its cabinet minister lose an election. It’s bad for business. So, for 15 years, billions of dollars flowed into this city.

On June 7, many suspect, that tap was turned off, likely for quite some time.

It’s early days still, but it seems likely to me Premier-designate Doug Ford will be Premier Doug Ford for the next eight years. As charismatic and popular as NDP Leader Andrea Horwath is among voters, each election that passes in which she is passed over makes her chances of being premier ever more remote. The decimated Liberals are going to need at least four years to recover.

So, like it or not, we’ll be a Tory province for a while yet.

Sudbury’s loss in this will be North Bay’s gain, most likely. MPP Vic Fedeli is a powerful Tory and a likely finance minister. His Nipissing riding stands to gain from those ancillary benefits of having a cabinet minister for an MPP, I mentioned earlier.

A similar situation to the Mike Harris years in the 1990s: North Bay gained; Sudbury, not so much. When the Liberals ousted the PCs in 2003, the worm turned in Sudbury’s favour.

So the cycle continues, one riding’s gain is another’s loss. And while this is how the game of politics is played — it’s tried and true and tested — for a region like Northern Ontario, the game is rigged.

The North is a small voting block with little ability to influence policy. With the region carved up along party lines, playing the game as it’s always been played diminishes the entire region’s voice and a less-than-unified voice means the handful of ridings in Northern Ontario don’t have the volume to be heard.

It doesn’t have to be this way. Ask Al Spacek, the mayor of Kapuskasing and the president of the Federation of Northern Ontario Municipalities (FONOM), one of maybe half a dozen municipal associations representing the North. For years, Spacek and the FONOM board have been trying to manoeuvre the federation into a position where it can be that unified, pan-northern voice.

FONOM understands that if northern ridings and the North’s major cities can set aside political differences and rivalries to function more as a unit, the entire region would benefit.

That’s not to say Northern Ontario should vote as a block, but its elected officials should be more “Three Musketeers” and less “War and Peace.”

The rivalries between cities and between ridings weakens us as a whole. We have common needs and common concerns, but a common voice eludes us.

The Far North Act, Crown land access, inter-community transportation, development of the Ring of Fire, substandard First Nations housing and infrastructure, broadband access, winter highway maintenance, electricity rates in remote areas — these are but a few of the common northern issues that are either ignored, foisted upon us or dealt with in an incoherent piecemeal fashion that benefits the few (or the loud or the connected) at the expense of the many.

Sudbury benefited greatly under the Liberals, yes, but at the expense of our neighbours. In that, we (the true North) all lost, and continue to lose.

The Northern Ontario Party sees this — it is part of the reason the party hasn’t ever quite disappeared in 30 years — but is unlikely to ever move beyond the fringe. The fact it has never really vanished is a testament to Northerners’ disillusionment and anger with the political status quo in Ontario.

What the North needs is an official all-party caucus of politicians and community leaders from every riding and every major community, a body to set priorities and lobby as a block for northern needs, recognizing that working together raises everyone up. Divided we fall, and all that.

But that means northern politicians would have to change their focus and put the needs of the North ahead of the needs of their party: riding, region, province, party, in that order.

Such a change in philosophy and practice would vastly increase our influence. It would change our voice from a dischordant jangling to a powerful choir.

If we could do that, we could force our way into a seat at the table of government. If we don’t, we’ll just continue fighting over the scraps.

We deserve much more than that.