Gentili: Vaping isn’t the demon Canada’s health sector wants you to think it is

Vaping-related illnesses is what happens when an unregulated market in the U.S. is allowed to spin out of control. Look to the U.K. for the real picture on vaping
Nov 28, 2019 1:00 PM By: Mark Gentili 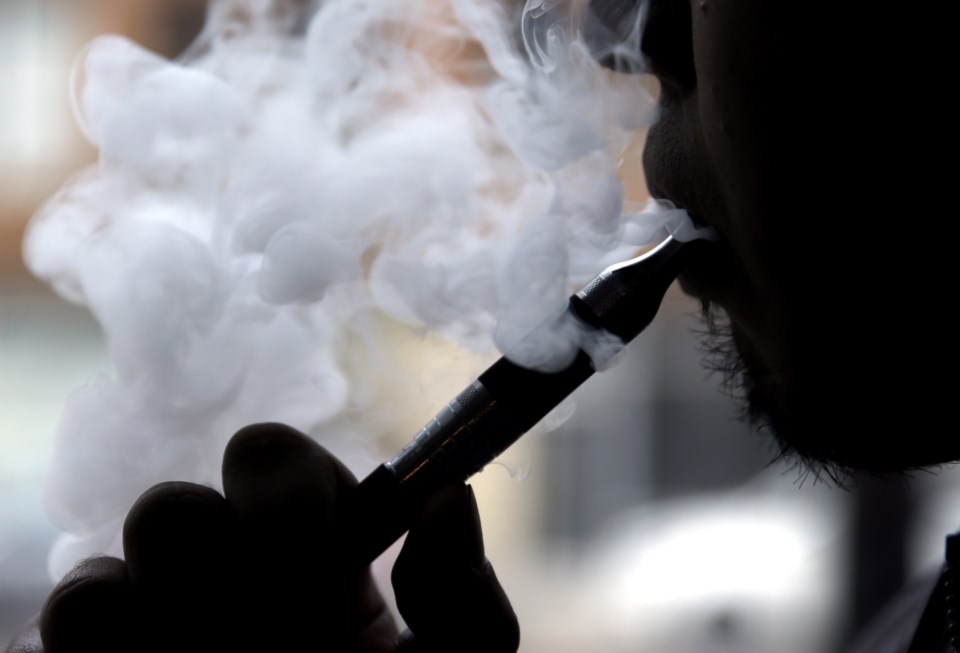 All signs point to the use of black market vape pods containing THC as the cause of the rash of vaping-related lung illness that swept the U.S. in recent months.

The Centers for Disease Control in the United States has studied the lungs of more than two dozen of the 47 mostly young men who died from vaping-related illnesses and found a chemical called vitamin E acetate in all of them.

The CDC says with a good deal of confidence that this chemical — which is only used in vaping liquid containing THC (the active ingredient in cannabis) and only produced by the black market — is the main cause of the illness that sickened 2,290 people.

In Canada, there have been four confirmed cases and seven probable ones.

Cards on the table, I have a bias here. I vape. I’ve been vaping for four or five years now. Vaping got me off smoking cigarettes. My smoker’s cough has vanished. I breathe easier.

Naturally, since I vape, I’ve been following the vaping-related illness story with more than casual interest. I may have bias, but I don’t have my head in the sand. Obviously, the rash of illness is concerning, so I followed the developing story closely.

As it picked up steam, people who know I vape asked how I could continue doing it with all those people getting sick. Didn’t I know the risk I was taking? How could I not be concerned?

Concerned? Yes. Uninformed? No. Part of the reason I wasn’t overly concerned about vaping-related illness is because of the anomalous nature of it.

Let me explain. There are nine million people who vape in the U.S., around 300,000 in Canada and 3.6 million in the United Kingdom. Outside those three countries, tens of millions more people vape in the rest of the world.

But the illness has been confined to the U.S., save a handful in Canada. And, of the nine million Americans who vape, only 0.002 per cent have gotten sick. Virtually all of them were vaping THC. That rate of illness is even lower in Canada. Compared to the number of people regularly vaping, the rate of vaping-related illness is barely statistically significant.

Now, vaping has grown steadily in popularity over the past five years, with more and more smokers quitting cigarettes in favour of vaping, but vaping-related illness wasn’t a thing before this year. It appeared suddenly, with new cases popping up rapidly over a period of months, before plateauing and falling off. Few new cases are now being reported.

That so few people became sick in such a small window of time, it seems highly likely the illness is related not to the practice of vaping itself, but to the liquid those who became sick were vaping. This bolsters the CDC’s finding that vitamin E acetate is the culprit.

I’m not saying vaping is entirely safe. Of course not. As with any substance taken internally, there is risk and there are also going to be people who are sensitive or allergic to the chemicals in vape liquid. It does appear though, that negative reactions are fairly rare.

Here, too, data provides insight. The U.K., which has embraced vaping as a valuable tool in the fight against tobacco use, has been collecting data on vaping for years. Over the past five years and out of 3.6 million people vaping, there have been only 200 cases of health problems linked to vaping. Some (49 of 200) of those were serious, pneumonia and heart disorders, most were not.

Here again, the rate of adverse reactions is so low, it’s practically insignificant.

An adverse reaction that has grabbed more than its share of headlines is something called “popcorn lung” because it’s linked to the chemical diacetyl, which is used to add buttery flavouring to food. It’s called popcorn lung because the severe lung damage it may cause was first observed in eight workers in a single U.S. microwave popcorn factory.

It’s exceedingly rare and isn’t endemic to popcorn factory workers (as might be expected). Dozens of news stories link diacetyl as a flavouring agent in vape liquid to popcorn lung. It has been found in small amounts in some vape liquids, that’s true, but what those stories fail to report is that diacetyl is also found in cigarettes — in concentrations hundreds of times higher than in vape liquid — but there are no cases of popcorn lung among smokers.

Despite this data though, officials in public health and the health-care sector in Canada are using the anomalous vaping-related illness to attack the practice of vaping itself, despite ample evidence from the United Kingdom that, coupled with strong legislation and regulation, vaping is 95 per cent safer than cigarettes, is highly effective at getting people off tobacco, poses no risk for second-hand exposure and doesn’t create a generation of young nicotine addicts.

Canada does regulate vaping, but the federal government could go a step further and cap the strength of nicotine-salt vape pods at 25 mg, as the U.K. does. No one needs a 50-nic pod. Canada could limit the sale of vape products to vape stores (most of which don’t allow customers under age 19) and ban them from gas stations and corner stores.

But this practice of going after flavours (hint: adults like sweet things as much as kids do) and demonizing something that has helped hundreds of thousands of people quit smoking is wrongheaded, misguided and counterproductive.

Tobacco is the No. 1 cause of preventable death worldwide. Where the U.K. has chosen to tackle this scourge (which directly kills thousands a day and sickens even more) critically and rationally, Canada’s health-care sector moralizes and persists in being puritanical and parochial. And people who might otherwise be saved continue to die.