Gentili: We could all use a lesson on using social media, and on how it is using us

Ontario has passed legislation to limit cellphone use in classrooms, but perhaps we could all use a lesson about living our lives online
Sep 4, 2019 12:00 PM By: Mark Gentili 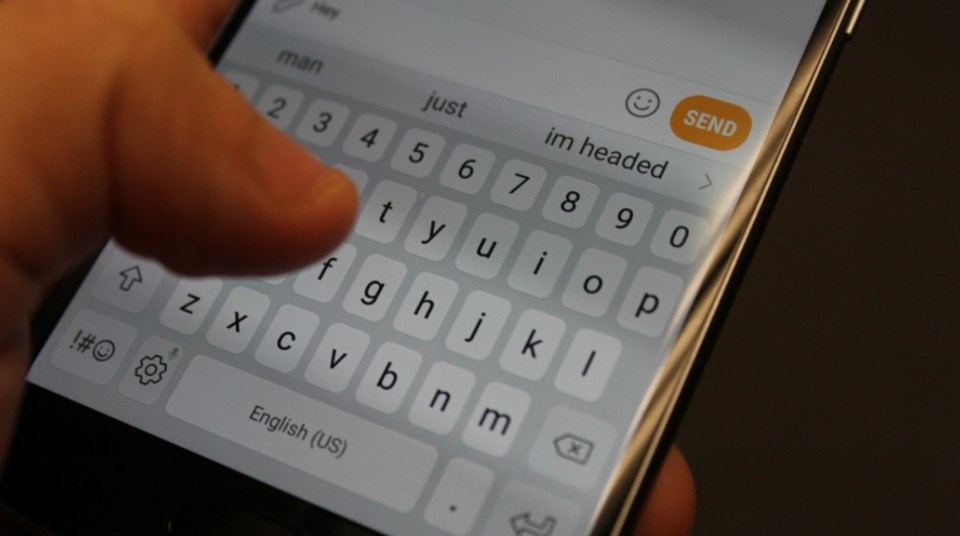 The Ontario government thinks young people are spending too much time on their cellphones, so Premier Doug Ford’s Tories have decided limiting the use of the devices in school is a good way to pry children’s eyes from those little handheld screens, even for a short time.

I’m not sure what it will accomplish really, but being the father of two teenagers who spend an inordinate amount of time on their phones, I can’t say the move is misguided at all.

I probably spend an inordinate amount of time on my phone, too, to be honest. With its constant vibrations and beeps and boops, the phone is a devious little piece of technology that demands my attention. Constantly.

Don’t get me wrong, I’m no Luddite. I’ve nothing against technology, and I don’t think technological progress is a step backward for our species. In fact, I think the opposite: I think technology is the way forward.

And while I don’t think limiting the use of cellphones in schools will accomplish a whole lot, the message that phones just won’t be tolerated, save for in-class work, could decrease some of the distractions phones create, and improve student concentration to a degree.

That’s not a bad thing.

That said, limiting phones might not be misguided, but it might be misplaced. Rather than limiting phones, perhaps we should be teaching children how to use them more effectively, both so the devices are more useful, but also so they’re safer to use.

Safer to use? What are you on about, Gentili?

I’m sure you’ve seen reports about how prolonged use of social media, particularly by young people, can negatively impact mood. In particular, a few studies (most relatively small) have found increases in things like depression, loneliness and anxiety among those who use social media a lot. Other (also somewhat small) studies have found an increase in overall mood among those who limit their use.

The studies are far from conclusive, given the small size of most of them, but if you really think about it, if you’re spending your days comparing your own life to the lives of those you follow, it stands to reason you might start to feel badly about yourself.

The face we present on social media is, for most of us, the same face we present when someone holds up a camera and says, “Cheese!” — an automatic (and entirely fake) smile. We’re more inclined to present sanitized, hyper-cheerful versions of ourselves when we feel we have to perform.

In the fake real world of social media, nothing is quite what it seems, in the way we present our own lives to our followers, yes, but also how social media is being used to manipulate us.

We know it happens. In 2014, it emerged that two years earlier Facebook had conducted an experiment on 700,000 users for one week in which the company fiddled with people’s news feeds to see if they could influence their moods.

It should come as no surprise that it worked. Swimmingly. The experiment found just by tweaking the types of posts people see more often, the Facebook platform could make users happier or sadder, could make them post more or post less.

Then came the U.S. election of 2016. It’s clear that Russia used social media to manipulate the electorate, to inflame emotions, to sow divisions between people. In effect, the Russians interfered in the U.S. election.

What’s not so clear is how other the governments of other countries — or even our own — are using social media against their enemies, or even against us. This could range from hard-to-miss attacks on infrastructure, to more subtle (and easy to overlook) psychological and emotional manipulation.

I don’t think we really understand or appreciate the true power of social media to manipulate our points of view. The scary thing is if you manipulate a person’s POV, you’re manipulating how that person processes information and, by extension, how they experience reality. That’s an incredible power.

We can’t put the genie back in the bottle, but we can, individually, control how often we let that genie out. My suggestion is, rather than simply limiting how much students can access their phones in school, let’s teach them how to use them.

Let’s show them the ways governments, corporations, and the apps themselves manipulate us to change our opinions, to manipulate our moods, to keep us engaged (a word that has taken on a new scarier meaning for me) and scrolling. In short, how is social media can influence behaviour.

Let’s give them the tools to recognize the subtle ways social media can be and is being used against us. We’ll not only help keep them safer and healthier, but also make them better citizens and better voters.

In fact, that’s a course all of us could probably benefit from. Social media isn’t going away, and it isn’t all bad. But we would be a healthier society if we learned to spot the bad, so we can make better use of the good.