Tom Fortin shares his thoughts on where the process is so far
Feb 11, 2020 4:00 PM By: Community Submission 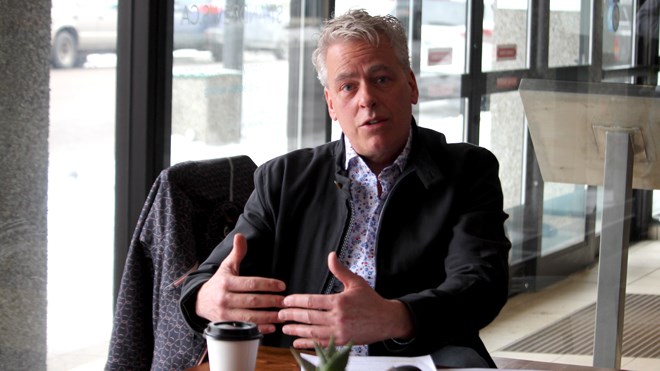 On June 27th, 2017 council voted to select the Kingsway site for a new taxpayer funded event center comprised of an arena connected to a government casino and possible hotel.

Before the vote, council was provided a report from city staff to aid in their decision. The report stated that if the Kingsway site was selected, “staff anticipate a rezoning and appeal process could take at least 12 months.” City staff knew an appeal was likely.

They knew that if they moved the arena from the first choice central location benefiting hundreds of local businesses to the centre of a single developer’s land, contrary to our official plans, local business owners and citizens would be upset.

They knew that attaching a casino to the cultural centre of our community would be concerning not only to social and health organizations, but also to large employers who already deal with significant costs related to other addictions that affect a percentage of their employees.

They knew that environmental groups would be concerned that by moving our arena into the Lake Ramsey watershed, the increased salt loading due to the thousands of new parking spaces would further stress our heavily burdened source of drinking water.

They knew the touted economic benefits of the “Kingsway Entertainment District” may not come to fruition. In fact, the staff report stated, “Experiences of other cities that have built event centres outside their downtown areas have not realized the anticipated economic benefits from surrounding developments.” This statement was shown true when it was revealed in November 2018 that the casino will be “locals focused,” and mostly divert spending from local business.

What staff and council did not know at that time was that all these interests would launch a co-ordinated appeal never seen before in Canada. One where hundreds of citizens and businesses would pool the significant resources required for the effort.

Citizens from across Greater Sudbury would contribute almost $60,000 in small donations, and businesses including mining, restaurants, manufacturers, and retailers of all types would contribute over $450,000.

When city lawyers motioned the LPAT to remove two of our strongest issues from the proceedings, suggesting they should be in Superior Court, they never expected we would follow through with an “application to quash” in the court.

We have now submitted our final arguments (factum) and a hearing is expected in early spring. We are two and a half years into the appeal and the KED will either be “quashed” in a few months by the Superior Court, or in a few years if the LPAT appeal is required to play out.

When this is over the city will have spent three years and at least $3 million local tax dollars as they continue to spend while the future of the project is uncertain. We have learned intersection and road design is now underway which will cause a significant jump in the $2.14 million spent so far.

Personally, I take no pleasure in this fight. It has, at times, been trying on both myself and my business through my inattention to it. However, it is important that it continues for the sake of our future. I am very optimistic as many in our community now realize the importance of participating in our evolution. This higher level of attention and engagement ensures the alternate solution will unite the community, be equitable for all, and make real economic sense.

Unfortunately, this is an expensive endeavor. Our legal expenses alone are expected to be well over $600,000. Our first fundraising dinner sold out and raised over $30,000. We are having a second fundraising dinner on March 10 to ensure our united effort continues … because it matters.

Tom  Fortin is a local businessman and the director of CasinoFreeSudbury.com.

Laurentian is in pieces - those pieces need to be put back together with care, writes Sudbury author Kim Fahner
May 7, 2021 6:00 PM

There is a way we can leverage our collective might to save Laurentian University
May 6, 2021 1:00 PM

Opinion: Outside the ‘Blackened Horseshoe,’ Sudbury District has always been a sea of green
May 5, 2021 6:00 PM
Comments