Lefebvre: Remember the sacrifice on the the 75th anniversary of D-Day

‘Recognizing and respecting the men and women who represent Canada in uniform is very important to me, to our community and our government’
0
Jun 6, 2019 11:54 AM By: Community Submission 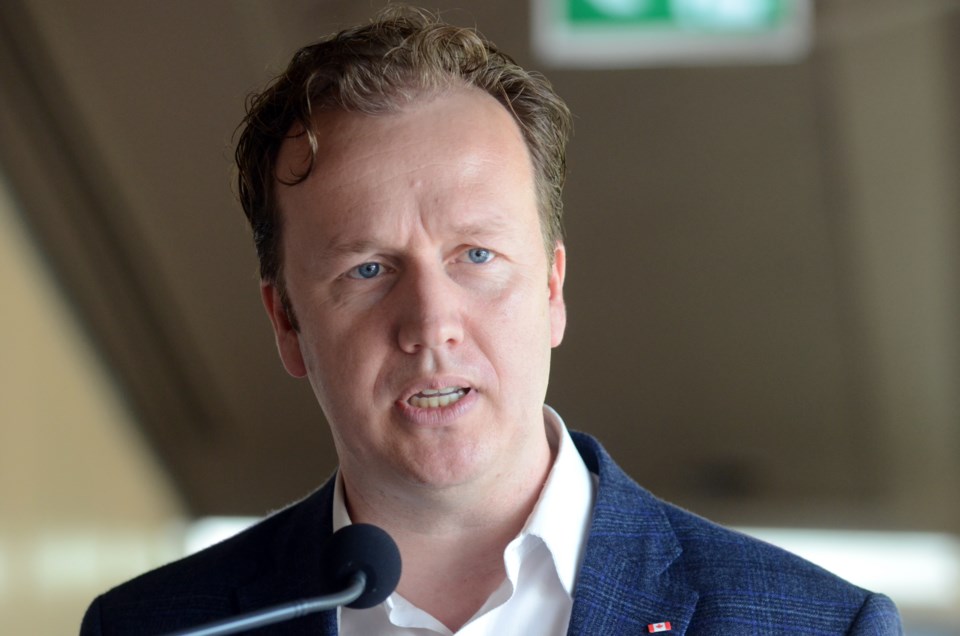 As Member of Parliament for Sudbury, I have the frequent honour of participating in events with military groups, cadet associations and veterans. Over the past four years, I have participated in countless Remembrance Day ceremonies, D-Day memorials, Battle of the Atlantic ceremonies, Cadets reviews, Legion fundraisers and meetings with veterans groups.

Several times these events have taken to me to Memorial Park in downtown Sudbury. Central to the memorials found there is the black marble wall on which is inscribed the names of 624 citizens of the Sudbury community who died while serving their country during war and peacekeeping missions.

I was moved by this wall, and struck by how many recognizable surnames appear on it, names that are still visible in the community today.

So moved, in fact, that I wanted to know more about them, particularly those who died in World War One given 2018 was the 100th anniversary of the end of hostilities. The result is a book I produced in my office called Sudbury’s Fallen Soldiers in World War One, biographies on 48 men for which we were able to find records from 100 years ago. (Copies are available in the Greater Sudbury Public Library, and a few copies are still available in my office if you want to call and ask for one.)

Recognizing and respecting the men and women who represent Canada in uniform is very important to me, to our community and our government. That’s why new investments in Veterans over the past four years has totalled of more than $10 billion. These new investments include:
* Putting more money in the pockets of more than 65,000 Veterans by increasing the Disability Award to $360,000 from $300,000, and re-introducing our Pension for Life plan which had been eliminated by the previous government.
* Adding more than 460 new frontline staff to serve Veterans and their families at Veterans Affairs offices, doubling the number of support and care staff to ensure that every Veteran gets frontline personal support, and reopening nine VA offices across the country closed by the previous government.
* Providing specialized PTSD care to more than 6,700 military members who served in Afghanistan and are receiving disability benefits for mental-health conditions. That has doubled the capacity from 2014.
* Honouring the sacrifice made by our veterans by investing $24.4 million to clear the backlog of graves cared for by Veterans Affairs Canada that require repairs. The funding will be used for cleaning, restoring, or replacing headstones, and fixing foundation issues.

These investments were sorely needed after years of program decline and cutbacks to veterans under the previous government. Many of these investments are geared specifically to modern day veterans, as well as the families who support them.

In that light, I too was disappointed in the way the temporary Afghanistan Memorial Hall in Ottawa has been handled. The Chief of Defence Staff has apologized for the poor communications and confirmed that going forward the memorial will be accessible to those who wish to see it, whenever they want. If anyone in Sudbury wants to view this memorial, I encourage you reach out to my office and we will facilitate it.

The Afghanistan Memorial Hall is one part of the plan to recognize ?the sacrifice of Canadians in Afghanistan. We are also moving forward with a permanent public monument that recognizes the service of men and women in the Afghanistan War. And we are finalizing the location of the monument in partnership with Ottawa’s National Capital Commission, and expect to announce the location in the next few weeks.

It is important that we get this Afghanistan Memorial right, as we have many others throughout our history. And I am confident we will.

Across Canada, military and veterans memorials rightfully take their place in the centre of our cities. They are the focal point of our national pride … pride in our communities, pride in our country and pride in the men and women who have sacrificed and continue to sacrifice to protect all that we hold dear.

Today on the 75th anniversary of D-Day, I encourage you to keep in mind the sacrifices made by so many so the rest of us can enjoy the freedoms we do. Whether 100 years ago, 75 years ago or 15 years ago, everyone who has left Canadian shores in uniform needs to be remembered and treated with honour and dignity, and I am proud to live in a country that does.

Paul Lefebvre is Member of Parliament for Sudbury and Parliamentary Assistant to the Minister of Natural Resources.

Ecumenism: The only option.
Jan 15, 2020 9:00 PM
Comments
We welcome your feedback and encourage you to share your thoughts on this story. We ask that you be respectful of others and their points of view, refrain from personal attacks and stay on topic. To learn about our commenting policies and how we moderate, please read our Community Guidelines.