50 million lost power in 2003 blackout, but what if our energy had been locally produced?

Locally produced energy is not disrupted by faraway events, and is also great for communities' carbon footprints
Apr 1, 2020 2:00 PM By: Community Submission 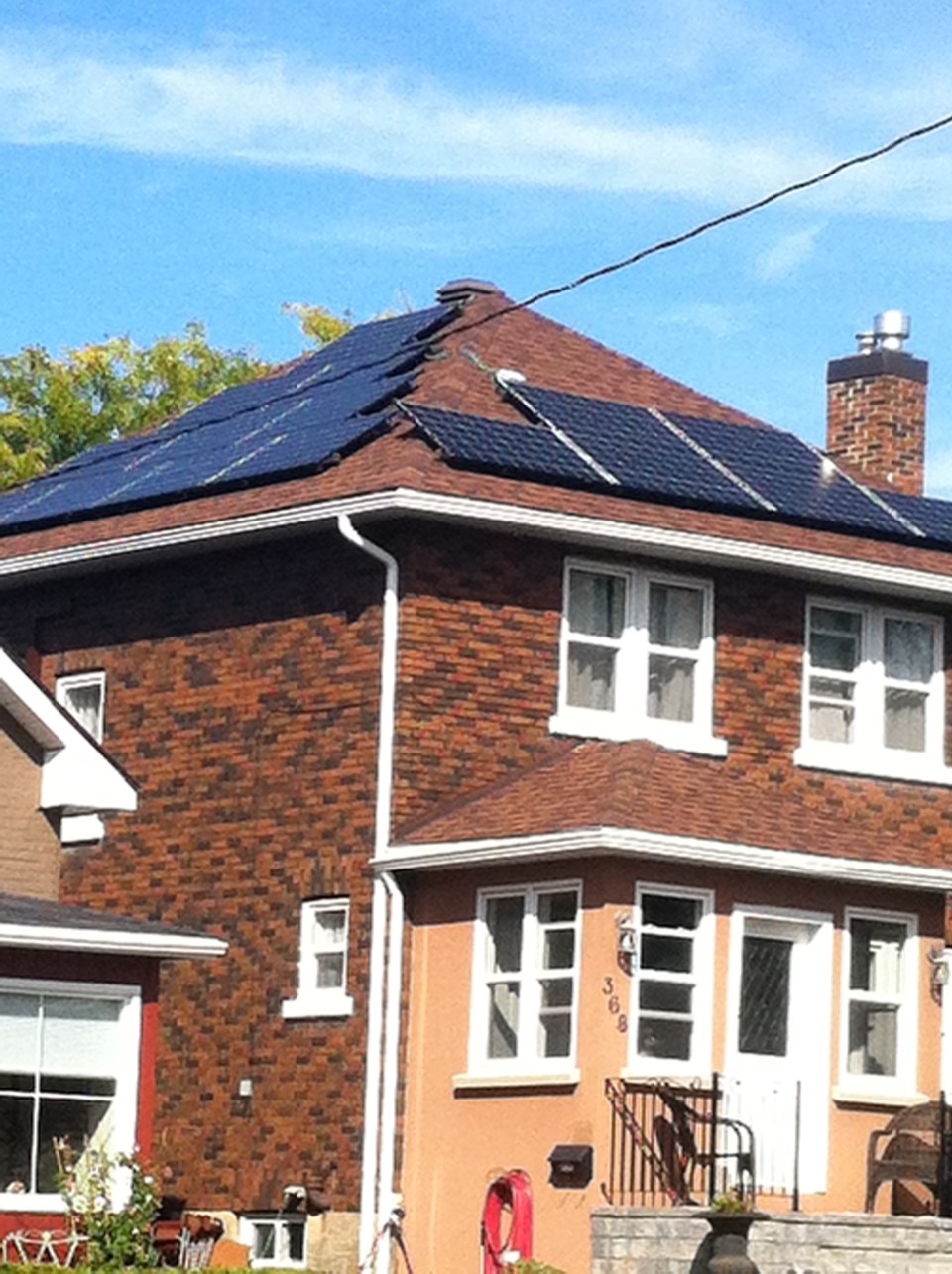 Near downtown Sudbury, Bill Crumplin installed 16 rooftop solar panels to meet his electricity needs. In a community-owned energy model, such as a microgrid, his surplus energy could also help meet the needs of his neighbours and community. (Supplied)

Imagine you are producing renewable energy on your home, and your neighbours are too. When you produce extra, you can sell energy to a neighbour. When you need a bit extra, they can sell some to you.

You help power your neighbourhood community centre, hospital and school, and make sure the lights stay on in a blackout.

This is the reality for residents that are part of the Brooklyn microgrid, and it could be the future of energy here in Greater Sudbury as well, if we choose.

They include establishing a renewable energy co-operative to support renewable energy efforts, and expanding district energy. These actions touch on the shift to producing and benefitting from energy at a neighbourhood or community scale.

In August 2003, an incident hundreds of kilometres away in Ohio caused blackouts across Ontario and eight U.S. states, affecting 50 million people. One of the benefits of locally produced energy is that it is not disrupted by far away events, which makes it more secure and reliable.

It is also more efficient, because less power is lost during transmission. When locally produced energy is locally owned, the revenue generated benefits the local economy, and choices are made that benefit the community.

The shift to locally produced and locally owned energy can already be seen happening in a number of ways. Parry Sound’s SPEEDIER smart grid project is expected to enable the community to generate as much energy as it consumes.

North Bay launched Canada’s first utility-scale microgrid system in 2019. Their Community Energy Park supplies heat and electricity to public facilities and can provide power to 51,000 residents in the event of a winter storm, outage or other disaster.

A microgrid can connect and disconnect from the grid to enable it to operate in both grid-connected or island-mode.

Drake Landing Solar Community in the Town of Okotoks, Alberta is heated by a district system designed to store solar energy underground during the summer and distribute it to each home for space heating during the winter.

The system operates at net zero electricity, provides over 90 per cent of heating needs for neighbourhood homes, and is estimated to have reduced the carbon footprint of each home by five tonnes of GHG emissions per year.

Copenhagen has also relied on expanding district heating, now serving 99% of residents, to help slash its carbon emissions by more than half.

Near Ottawa, Embrun Hydro 21 is Ontario’s only Electricity Co-operative, operating as a local energy distributor run for the benefit of its members.

What all of these local energy initiatives have in common is that they help reduce emissions, improve local energy security, and bring local financial benefits.

How energy independent could our neighbourhoods be? A recent Dutch report found that neighbourhoods using Smart Integrated Decentralised Energy microgrids could be nearly 90 percent self-sufficient.

According to the TREC Renewable Energy Co-operative, changes are needed to Ontario’s regulatory and policy framework to provide consistency and support for community energy projects.

They point to the large surge in community solar projects in the United States which they attribute directly to supportive regulations.

When you think of electricity, chances are, your first thought is your electricity bill.

As we shift to net zero, we have the opportunity to re-imagine our energy systems as part of our neighbourhoods and communities, contributing to our energy and financial security, caring for our environment, and even adding beauty.

Naomi Grant, on behalf of Coalition for a Liveable Sudbury

Coalition for a Liveable Sudbury is a grassroots group of citizens and community groups who share a vision of Sudbury as a green, healthy and engaged community. For additional information on a net zero future for Greater Sudbury, see the organization's website.
liveablesudbury.org/net_zero_sudbury

Lefebvre: Despite pandemic, Sudbury economy is still doing well
Sep 9, 2020 6:00 PM
Comments
We welcome your feedback and encourage you to share your thoughts. We ask that you be respectful of others and their points of view, refrain from personal attacks and stay on topic. To learn about our commenting policies and how we moderate, please read our Community Guidelines.