Coun. Lynne Reynolds on learning from the visionaries of yesterday to plot a course for today
Jun 30, 2017 8:00 PM By: Community Submission 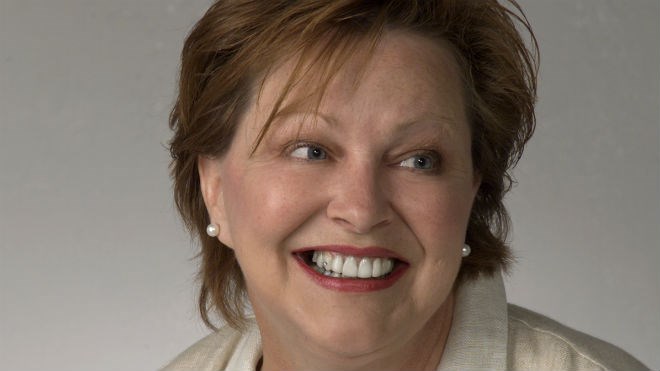 Cut: Lynne Reynolds is the city councillor for Ward 11. (File)

“I have a strategic plan. It’s called doing things.”

At times like these, it always brings to mind for me the famous renewal initiative of Puerto Rico called “Operation Bootstrap,” which turned this little island to a world-famous, successful and attractive tourism destination.

“We will pull ourselves up by the bootstraps” the island said, an affirmation that, in my mind, reflects exactly the can-do attitude of Sudburians who have suffered and survived many challenges in its short history.

Today is a good day to recall the leaders and true city-builders in our community who changed the landscape, whose leadership catapulted our small mining city into a brighter future, not with timid baby steps, but with courageous leaps and bounds. Because of them, today we live in a greener city, the hub of health, education, retail, tourism and mining supplies and services, a city of many challenges still, some of which were thrust upon us and some of own making.

Today, I am remembering Mayor Joe Fabbro, who built our current city hall in spite of protestations from both his council and many citizens. It was a big, expensive project, many were scared. But he persisted because he knew that a new city hall would build pride and take us into a whole new era.

The new city hall, coupled with the construction of Laurentian University, transformed us from a small mining community into a progressive city. No two projects in our city’s short history have had a more significant impact on how we see ourselves and our community.

I think of Ted Szilva who fought city hall to make his dream come true by building his numismatic park just a few feet outside the city limits and how the Big Nickel became a national symbol for our community, a tourism builder and how it built pride in the mining industry that sustains us. His book is a testament to tenacity in the building of a dream.

And then there is the indomitable Maureen Lacroix who asked herself why Sudbury didn’t have a cancer care centre of its own and why people had to travel out of town for treatment. She embraced that idea and never let go. She is truly one of my heroes in this city.

I am also thinking of George Lund who led the charge in building Science North, that beautiful white snowflake built on the rocks of the shoreline of Ramsey Lake. And then he invited the Queen to cut the ribbon. Now that’s big leadership. You gotta love it.

Former Mayor Jim Gordon. Love him or not, he did things. People who thought they knew better snickered when he carried around a piece of fibre optic cable everywhere he went so we could enjoy the technology that is so much part of our lives today. He saw the future and he took us there.

He led the team that built our Northern School of Medicine and that has contributed so much to alleviating our shortage of doctors, not just here but throughout the North.

Jim, along with a group of city leaders that included Michael Atkins and Narasim Katary, staged a conference in 1978 called Sudbury 2001 to address the need for diversification after a major lay-off in our mining industry. They invited top experts from around the world to come and share their expertise with us and it worked.

It was all accomplished in the most co-operative and creative forum the city had ever seen, bringing together big and small businesses, the unions (a first), all levels of government and citizens in an exercise of dream-building. Among the participants was Disney’s Imagineering department.

Today, we are the hub of health, education services, mining supply and services, retail and tourism, employing more people than the mining industry itself. Diversification – done.

And again, in spite of so much opposition, Jim Gordon was responsible for the beautiful boardwalk on Lake Ramsay that is so enjoyed by our citizens and visitors.

Fabbro, Szilva, Lund, Gordon and Lacroix. These were not small thinkers. They were big personalities with big dreams who changed our city forever. They saw the future and were confident to walk into it and bring citizens along.

They knew what they knew. They were bold and they were smart. They did not dither, sit around and wring their hands. They cared about our city and they showed it through their actions. They led us into our best future and they were absolutely right because each one of these projects has been a huge success.

And then there are the selfless givers and true visionaries, those who show faith in the future of their hometown — most recently, Mrs. Lilly Fielding and the Morel Family Foundation.

And then we burst with pride when we saw these stunning, amazing developments completed. We knew there was hope. We knew that we had a bright future ahead of us. We knew we could it.

And that’s how a city grows. Not with mincing little steps, but with boldness, vision and tenacity.

“Aedificemus” – “Let us Build” –Motto of the City of Greater Sudbury

Lynne Reynolds is the city councillor for Ward 11.