Signoretti: In defence of the Greater Sudbury Development Corp. board

Mayor Brian Bigger has twice deferred his motion to replace the GSDC board, but the councillor for Ward 1 says the mayor’s intentions are ‘individual political gain’
Oct 29, 2019 1:48 PM By: Mark Signoretti 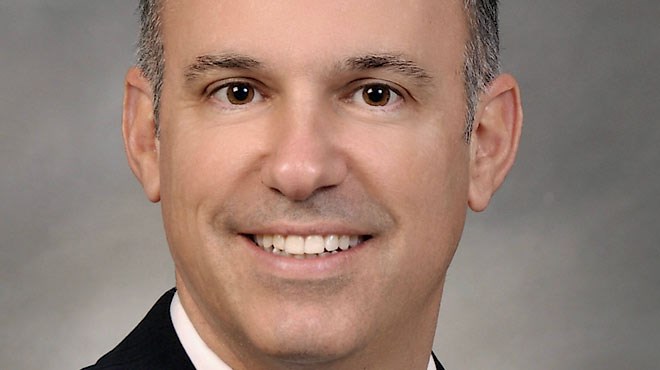 After five years as a city councillor, I am still frequently asked what I like most about my role as a local representative. From the bottom of my heart my answer remains steadfast. That is, I love helping the taxpayers I have the privilege of representing, and I enjoy watching projects come to fruition in my ward and across the city.

Unfortunately, there is one significant aspect of city hall and local politics that disturbs me. The lack of transparency and the false narratives being presented to the taxpayers. They must stop. I have been very vocal about matters that concern local citizens, and I have taken a lot of heat over it, but the people of Greater Sudbury deserve to be told the truth.

I am taking this opportunity to clarify matters concerning the Greater Sudbury Development Corporation. There is an Economic Development department at city hall with a budget of over $6 million. Despite other things you may have heard or read, the GSDC does not control that department. Instead, the GSDC is a separate entity made up of dedicated, informed and business-experienced individuals. They receive an approximately $1-million budget from council to be used for community economic development, and any commitment over $250,000 must be approved by council as a whole.

The GSDC does not work in isolation from city hall or council. The mayor and three councillors sit on the GSDC board. The CAO of the city has, for years, attended both GSDC board meetings and executive committee meetings, and been an active part of those discussions. Moreover, minutes of the GSDC meetings go to council, and there is an annual report delivered by the board chair in an open council session.

Any work done by Economic Development staff is at the behest of the director, not the board.

The GSDC meetings are not closed or secret. They are open to the public, and usually there is a representative from the Chamber of Commerce, Fednor, NOHFC, and a lot of city staff in attendance. I also note that the governance report commissioned by the GSDC was delivered in closed session because city management suggested it should be discussed in that form. It was not a decision initiated by the GSDC board.

I write this piece to try to shed light on the true workings of the GSDC, and its dedicated board. I share these facts as a councillor who has been on the GSDC board for five years. I attend all meetings and am witness to the fact the GSDC does not work in isolation from the city.

In fact, the board, as I do, understands that we all work for the citizens of Greater Sudbury, and thus invest tax dollars in areas that, after much research and due diligence, will generate a maximum return for our city.

I know that we in this community are too smart to be taken in by stories constructed for individual political gain, or to disparage the reputation of those doing good work for us in Greater Sudbury. But out of respect for my colleagues who freely volunteer their time and talent on the GSDC because of their love for this city, it felt I had to speak up in their defence.

Opinion: Eating disorders are more complex than you might think
Jul 23, 2020 7:00 PM
Comments
We welcome your feedback and encourage you to share your thoughts. We ask that you be respectful of others and their points of view, refrain from personal attacks and stay on topic. To learn about our commenting policies and how we moderate, please read our Community Guidelines.

About the Author: Mark Signoretti