My life in Nickel Belt: a proud record of service

I had just sat down in the House of Commons after asking a question of a colleague when my Blackberry signalled new messages. Among them was an email from my staff informing me that we had secured help for another constituent.
0
Sep 22, 2015 1:23 PM By: Claude Gravell – MP Nickel Belt 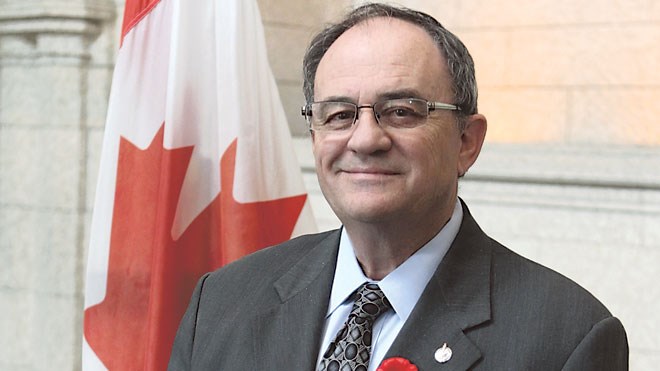 Four candidates are vying to run against incumbent NDP MP Claude Gravelle in the next federal election. Supplied photo.
I had just sat down in the House of Commons after asking a question of a colleague when my Blackberry signalled new messages. Among them was an email from my staff informing me that we had secured help for another constituent. I get hundreds of emails every day, but these are the ones I really look forward to. I’ve said this many times: that as Member of Parliament for Nickel Belt, serving my constituents is, by far, the most rewarding part of my job.

For too long, northerners have been ignored or taken for granted. That is why my team in both constituency offices (Val Caron and Sturgeon Falls) focus entirely on helping every constituent that comes in or calls my office. On several occasions, I have walked over to the government side and advocated directly with the relevant minister regarding a constituent’s case.

Since 2011, my offices have processed more than 8,000 passport applications, and helped more than 5,000 constituents who needed help with issues ranging from EI, CPP, OAS, Canada Revenue, and Veterans Affairs. I’ve held more than 100 community and passport clinics from Mattagami to Killarney to Sturgeon Falls.

In Ottawa, I have focused my efforts on issues important to my constituents. NDP Leader Tom Mulcair understands our needs. That is why I have handled key files such as FedNor, natural resources, official languages and mining.

In fact, the NDP is the only party with a mining caucus, and I am pleased to be its chair. New Democrats support the safe and responsible extraction of our natural energy resources, as well as the sustainable development of renewable sources of energy on which jobs in our resource communities depend. New Democrats will be bringing forward shortly a plan to pursue key opportunities and create jobs in Northern Ontario's Ring of Fire region in partnership with First Nations and the Province of Ontario.

The NDP has long advocated for FedNor to become a full standalone agency with proper reporting and greater transparency. New Democrats will also put in place stable long-term funding for transit and infrastructure projects across Canada, including Northern Ontario.

There are other initiatives that will help Northern Ontario such as the NDP commitment to cut the small business tax rate from 11 to nine per cent to put $1.2 billion in the hands of almost 700,000 small businesses each year, including more than 8,300 small- and medium-sized businesses in the Greater Sudbury area. The NDP will also extend the accelerated capital cost allowance for manufacturing and processing machinery and equipment.

And, I have advocated strongly and consistently on issues such as a national dementia strategy. My private member’s bill on the matter failed by one vote because a Liberal MP failed to vote for it even though the Liberal Party committed that all their MPs would support it.

I am proud that NDP Leader Tom Mulcair will bring in several measures to help our seniors including reversing the retirement age from 67 to 65 and boosting the Guaranteed Income Supplement and Canada Pension.

At the end of the day, politics is about people. The people who place their name before you, and the people you wish to serve. My story is no different from many of my constituents. I was born and raised in Nickel Belt. My hard working parents instilled in me a desire to help those who need help. I worked for 34 years at INCO. I married and raised my children in Chelmsford.

I love my community, and this love is the driving force behind my lifelong activism, whether it was my volunteer work with minor hockey, broom ball and little league baseball; the Board of Caisse Populaire Vermillion; the Rayside-Balfour Community Action Network; our Libraries; the Board of the Fire Department; my union Local (USW 6500); a full term as councillor on the Rayside-Balfour Municipal Council; or as a Member of Parliament.

This federal election is a critical one. We are just one election away from making history. On Oct. 19, I ask for your support so that I could be part of that change, and so that I could continue to serve you to the best of my abilities.

Claude Gravelle is the NDP incumbent seeking re-election as the Member of Parliament for Nickel Belt in the Oct. 19 election.

Kirwan: Followup to Seniors Summit goes Nov. 21
Nov 18, 2019 11:00 AM
Comments
We welcome your feedback and encourage you to share your thoughts on this story. We ask that you be respectful of others and their points of view, refrain from personal attacks and stay on topic. To learn about our commenting policies and how we moderate, please read our Community Guidelines.