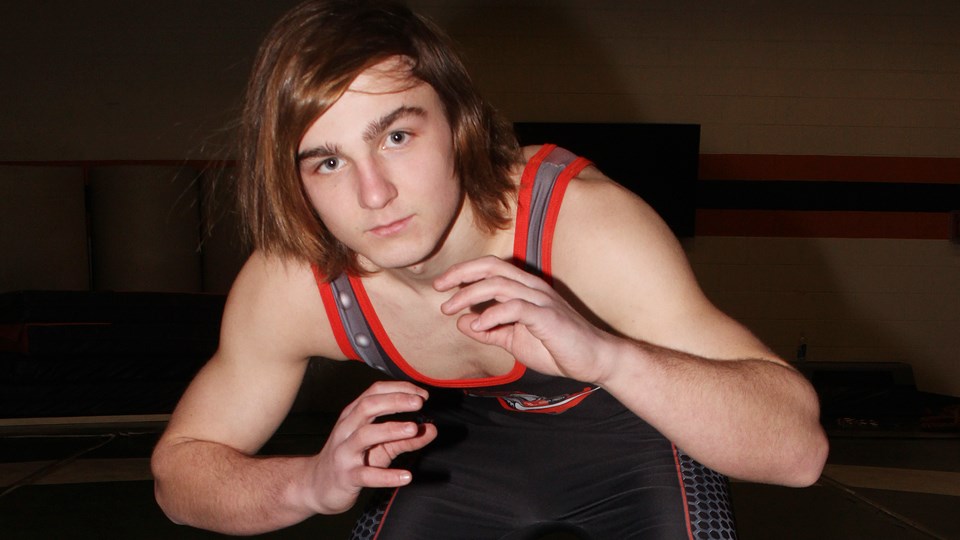 I got my interest in wrestling as a fan of pro wrestling and MMA. I love to watch diverse fighters like Georges St. Pierre who could really do it all. The first time I watched him fight, I was amazed at how he was able to link his wrestling and his striking together. His ability to hit such a crisp and clean double leg takedown opened my eyes to the world of wrestling.

Watching fighters and pro wrestlers on TV inspired me to give wrestling a try, and from the first time I stepped onto a wrestling mat I was in love.

In my time as a wrestler, I've learned many lessons. The first lesson I learned was jeans are not always your best friend. Although it's nice to know, the sport has more to teach than that. I've learned many more important lessons that I use in my everyday life.

How to learn from your mistakes: In wrestling mistakes will always be there. Whether it's your first practice or your final match, you will never be perfect. It's not about how you fix them in the moment. In the end it's what you take away from them. In wrestling if you never learn from your mistakes, you're more likely to make the same one again. Even though we might look at them as a bad thing, they allow us to be critiqued, and in the end improve.

How to set goals: Without a goal you're like a fish out of water. In wrestling a goal is part of what drives you to work hard and show up everyday motivated to get better. In life a goal works the same way and has the same impact as it does in wrestling. In wrestling you not only learn how to set goals for yourself, but how to plan and fulfill them.

Thinking ahead: A wrestling match is a mental chess game. Wrestling teaches you to be able to think multiple steps ahead and to be able to do it quickly. That way when something goes right or wrong, you are able to have a second attack or defense. If you score a takedown you don't want to be stuck in a position where you're wasting time thinking about what's next, you want to know what you're going to do. Thinking ahead allows you to consider all outcomes and be prepared when something happens.

Opportunities: In a wrestling match, the perfect opening is hard to come by. Your opponent isn't just going to let you score on them, you have to work for every point you get. In a wrestling match the easiest way for you to score is by capitalizing on an opportunity your opponent gives you. With each match you wrestle, you learn how to turn opportunities into what you want them to be. In the real world you may never get the same chance twice. Wrestling teaches you not only how to find them, but how to use them as well.

Sportsmanship: Wrestling is one of the greatest teachers of respect and humility. No matter what the outcome of a match is, you always shake hands with your opponent, their coach, and the official. Regardless of what happens on the mat, you learn to treat everyone with the same respect. When you face challenges or obstacles in the real world, it's important to maintain the same level of professionalism and treat everybody equally.

My journey into wrestling began as a fan of pro wrestling and MMA, but it turned into so much more than that. From the first time I stepped onto a wrestling mat it began teaching me things I had never learned before. Wrestling taught me how to learn from my mistakes, to set goals, how to think ahead, and how to take advantage of opportunities. Most importantly wrestling taught me sportsmanship and how to be a good person. The lessons I learned on the wrestling mat have helped to shape me into the person I am today and I will carry them with me for the rest of my life.

Ryan Marcotte is a co-operative education student from Lasalle Secondary School who is doing his placement at Northern Life/Sudbury.com.