Ford government 'continues to let Ontarians down' on opioid crisis 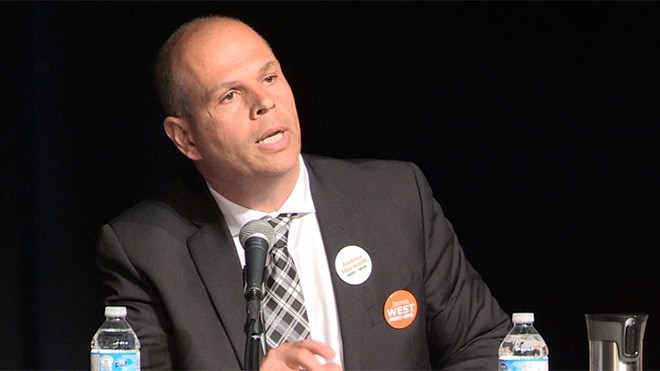 Sudbury is in crisis, and our community needs help, not cuts.

This is the message I want to share with MPP Michael Tibollo, the Ford government’s Associate Minister of Mental Health and Addictions, who last week heard from local and provincial leaders about issues Greater Sudbury is facing regarding mental health, addictions and opioids at roundtable meetings held by the mayor.

Of course, the opioid crisis that has been plaguing Ontario, and Northern Ontario specifically, is not news for Mr. Tibollo and the Doug Ford Conservative government; in addition to the many individuals, families and mental health agencies that have stressed the urgency of the opioid crisis, my NDP colleagues and I have been ringing the alarm bell on this issue again and again in the Ontario Legislature.

Unfortunately, the Ford government continues to let Ontarians down when it comes to taking action, cutting millions from mental health funding and placing an arbitrary cap on the number of supervised consumption sites that can operate in the province.

Our community has been deeply affected by the opioid crisis. In the first six months of 2019, 28 people in Greater Sudbury died from opioid-related incidents — a startling increase compared to 2018, when 32 people died over the course of the year. Families in our community are being torn apart by this crisis. I’ve heard many of their stories; I’ve mourned with them; and I believe strongly that their loved ones deserve to be more than just a statistic.

While I had hoped to share my constituents’ stories with Mr. Tibollo in person, his office has not responded to my requests for a one-on-one meeting since November. I continue to wait for that meeting.

Last fall at Queen’s Park, the Ontario NDP’s Health critic and Nickel Belt MPP France Gélinas and I had the chance to share some of our communities’ experiences of tragedy and struggle as a result of the opioid crisis and the lack of supports available. We pleaded with the Ford government to provide funding and support.

My NDP colleagues and I have continually called on the Ford government to restore funding to supervised consumption sites. We have asked Doug Ford to restore the millions of dollars he cut from mental health funding, and to heed the advice of public health and addictions experts, who have called for the opening of new supervised consumption sites.

I’m proud to be from the north, but I know life can be harder up here. Sudbury needs more support, not another provincial government that chooses to neglect our urgent health care needs.

The year-over-year increase in opioid-related hospitalizations and deaths in our community means that our hardworking health-care workers are left on their own to deal with an increase of EMS calls and overcrowded hospitals that simply don’t have the mental health resources to keep up with peoples’ needs.

By failing to declare a public health emergency, Mr. Tibollo and the Conservative government are leaving Sudbury behind. In the memory of those we have tragically lost to this crisis, I call on Mr. Tibollo and Premier Ford to take real action, and to make a meaningful investment in harm reduction services, addictions and mental health supports.

Sudbury is long overdue for action, and meetings and listening tours from ministers are not going to cut it. Lives are at stake, and my community cannot wait any longer.

Jamie West is the MPP for Sudbury.

Kirwan: Councillors must be ready to spend political capital to protect vulnerable citizens
Dec 30, 2019 2:00 PM
Comments
We welcome your feedback and encourage you to share your thoughts on this story. We ask that you be respectful of others and their points of view, refrain from personal attacks and stay on topic. To learn about our commenting policies and how we moderate, please read our Community Guidelines.