Final Fantasy XV is the last shot for a storied franchise 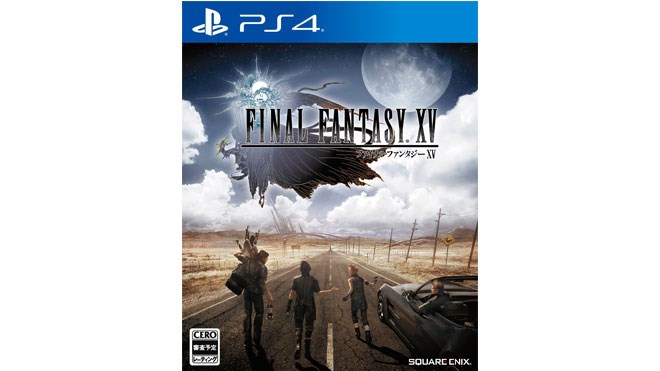 The Final Fantasy series first got its start in 1987. Square, the developer behind the game, was close to shutting its doors. They had enough money left for one more title, a swan song. Keeping with this theme they named the game Final Fantasy. But the game was so successful that the studio didn't shut down and went on to make countless classic titles. But Final Fantasy remains, to this day, at the center of their success.

Why is it so popular? Well, I'll do my best to explain it. Final Fantasy belongs to the video game genre known as an RPG or Role Playing Game. These kinds of games are typically defined by their leveling systems where characters gain experience points in battle that culminate in leveling up and learning more powerful moves and attributes.

In Final Fantasy, you take a team of characters on an epic fantastical adventure, engaging in turn-based battles against hordes of dastardly creatures. Despite being turn-based, the battles were still full of action and excitement.

Players select a move to use when it is their turn and then select a target. Different moves are more effective against different types of enemies, so part of the game was learning these weaknesses and how to pair different character's skills together. There were many layers of strategy and they only got deeper as the series went on.

As the series reached its seventh installment, love for the games began to climb to unprecedented levels. Each new iteration was a standalone story with new mechanics, characters, and worlds to explore. The series constantly evolved and they seemed to only get better with time.

But when the 10th game hit the PlayStation 2 in 2001, the beginning of the series' fall began. People didn't like the new aesthetic and direction that the series was taking, and with Final Fantasy XI making the switch from single player RPG to MMO, the player base began to grow skeptical of the series' potential.

I won't get too deep into it, but by the time Final Fantasy XIII finally came out in 2010, after over four years of teasing, fans were less than pleased with the result. The series was known for its massive open worlds, thrilling stories, and fantastic combat systems. The 13th game in the series was strangely linear, with an overly convoluted story and bland characters. Needless to say, it wasn't what people were expecting.

At the same time that Final Fantasy XIII was revealed, another game was shown: Final Fantasy Versus XIII. It was pitched as a mix of fantasy and reality and featured a more action-centric combat system. What little we saw looked stunning, but years went by with little more than a whisper about it. But then, at E3 in 2014, the game resurfaced as Final Fantasy XV.

Fans rejoiced as this long dormant game once again stepped into the light and appeared to be nearing release. The gameplay was still a mix of entering commands and taking on towering enemies in real-time with sweeping sword strikes and swift stabs. Giants stomped across plains as characters drove by in supped up sports cars. The world was unlike anything we had every seen before, and a completely new direction for the series. People immediately began to say that this was the series' last chance at redemption.

But now it's 2016 and we still don't have Final Fantasy XV. The game is now slated to release on Nov. 29, 2016. And while my hopes are still high, rumors are swirling that development has been more than a little troubled. We've seen plenty of footage showcasing the new direction and have even gotten our hands on two demos, letting us test out the gameplay, but these are just vertical slices of a much bigger project.

This bold new direction needs to simultaneously reinvigorate the franchise and move it forward by mixing the old with the new. The more action-based combat is something completely fresh for the series, while similar themes of friendship and magic crystals still preside over the story. It also doesn't hurt that many of the enemies in the game are taken from the series' past, giving us a twang of nostalgia every time we run into a familiar monster barreling towards us.

There is already a project in the works that is slated to release after Final Fantasy XV, but takes a lot of its mechanics. The Final Fantasy VII remake will reimagine one of the most beloved entries in the franchise with brand new visuals and a battle system almost directly lifted from XV. If XV fails or its battle system isn't up to snuff, then we know that future entire in the series are already in trouble.

I want Final Fantasy to return to its former heights as much as any fan, but I can't help but be a bit skeptical. It has been more than 10 years since its initial reveal and its release has been pushed back more than one time. Many different signs all point at the same thing: this game is in trouble. And while that could very well be true, I want more entries in this brilliant RPG franchise. The characters, varied gameplay systems, and vivid worlds keep pulling me back in, and I'm hoping that, against all odds, Final Fantasy XV can do the same and restore the franchise to its former glory.

The Nintendo NX has me excited, you should be, too
Aug 30, 2016 8:00 PM
Comments
We welcome your feedback and encourage you to share your thoughts. We ask that you be respectful of others and their points of view, refrain from personal attacks and stay on topic. To learn about our commenting policies and how we moderate, please read our Community Guidelines.