MacDonald: Plenty of political battles ahead in 2018 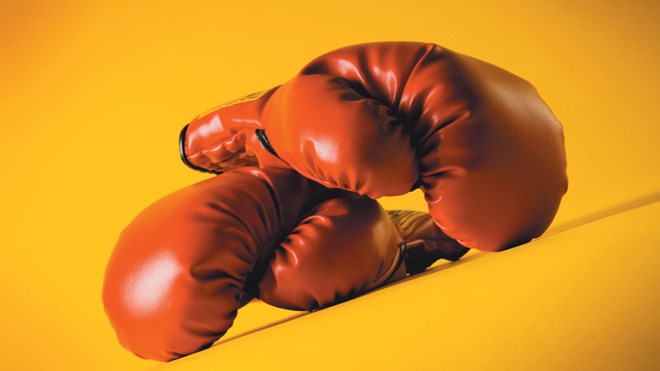 As we shake off 2017 and prepare for the New Year, there should be plenty of action for  Greater Sudbury's political junkies in 2018.

Probably the first salvo will be in the debate that refuses to go away: The Kingsway entertainment district. It's no secret that some people (including the owner of this newspaper) are unhappy with city council's decision to build the new arena/events centre outside of downtown Sudbury.

While popular with residents, the location on The Kingsway is too bitter a pill for some downtown supporters to swallow.

Added to that are plans for a full-fledged casino, which comes with its own cadre of opponents that believe expanding gambling in Sudbury will only drain poor addicts of their money and add nothing of value to the city.

The most likely option for opponents will be an appeal of the rezoning for the arena, and to the Official Plan amendment for the casino. The rezoning applications will likely go to the Planning Committee probably in February or March, so objections will likely be filed in the weeks after that.

It will be interesting to see who will review the appeals, should they be filed: the Ontario Municipal Board, whose extremely lengthy appeals process is being phased out, or the local planning councils the province is bringing in. The new planning body is expected to be in place early in 2018.

If it's the OMB, it could be years before a decision is made. But the new local planning bodies are expected to make quicker rulings, with more weight being given to city council decisions and reversals only when a decision violates local or provincial policies. In that scenario, a decision should come relatively quickly for the arena, which is adding a permitted use to an existing zoning.

The casino, however, will require an Official Plan amendment, and if it's appealed under the new rules, the process could take more time.

The goal, one assumes, is to delay both projects past the October municipal election, with an eye on electing more pro-downtown arena, anti-casino councillors who will reverse the decision entirely.

On the municipal vote, Mayor Brian Bigger is expected to seek a second term, and at least one challenger seems to be emerging. Ward 2 Coun. Michael Vagnini has been in the news recently, including the odd news conference he held earlier this month with Ward 3 Coun. Gerry Montpellier.

Both are accused of harassing former Fire Chief Trevor Bain. The province ordered the city to investigate the complaint, made by the union representing career firefighters in Greater Sudbury. If that wasn't odd enough, Vagnini and Montpellier held a news conference in which they said a number of weird things were happening they suspect were connected to the investigation. Both called for the inquiry to be held in public.

Vagnini also has the support of Diane Suski, who ran Bigger's campaign in 2014, until she quit and was replaced by Melissa Zanette, his current chief of staff.

Finally, the provincial election is set for June, with Premier Kathleen Wynne expected to lose, as she was in 2014. Can the Liberals, 15 years in power, defy expectations and low polling numbers to win again?

It will be tougher this time. Gone is unpopular PC Leader Tim Hudak, whose promises to slash jobs in the public sector went over like a lead balloon in Sudbury and other parts of the province. New Leader Patrick Brown's well-documented efforts to move the Tories to the centre aims to make the party more palatable to voters tired of Wynne, but not most of her government's policies.

Locally, battle-scarred Liberal MPP/Energy Minister Glenn Thibeault faces a tougher opponent from the NDP in candidate Jamie West than he did in the inexperienced Suzanne Shawbonquit who ran against him in the 2015 byelection. The Tories have former NHL tough guy Troy Crowder, who has name recognition, but no political experience.

But Brown has confirmed his support for local priorities like four-laning Highway 69 and NEO Kids, a sharp departure from Hudak's slash and burn approach.

All of this should make for a fascinating year in politics, not to mention the long-term implications of a successful Kingsway entertainment district, or of a blocked or delayed project that leads us all the way back around to where we are today, the status quo.

MacDonald: The Sudbury scandal with many losers, but absolutely no winners
Oct 8, 2019 11:22 AM
Comments
We welcome your feedback and encourage you to share your thoughts on this story. We ask that you be respectful of others and their points of view, refrain from personal attacks and stay on topic. To learn about our commenting policies and how we moderate, please read our Community Guidelines.