MacDonald: You might have missed it, but it was a quietly historic night at city council this week 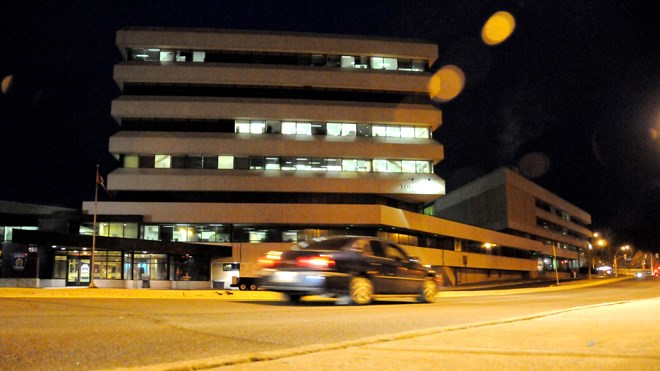 Lord knows it's easy to be cynical about politics. But Tuesday at city council wasn't one of those nights.

While Greater Sudbury's 30-year draft plan to combat climate change took up most of the debate, councillors also endorsed an immigration plan to make it easier for newcomers to stay here once they have employment, and reviewed a report on how the city is addressing recommendations from the Truth and Reconciliation Commission.

All three issues will impact our future, and in all three, city council showed it is pointing us in a positive direction. The narrative on my (and probably your) social media feeds is often negative, especially on these three issues. Yet getting all three right is absolutely crucial for Greater Sudbury.

When it comes to the Truth and Reconciliation Commission response, I think the biggest element is the focus on education. It's tough to accept that Canadian governments have historically implemented policies aimed at erasing Indigenous culture. But it's a fact. That we callously violated legally binding agreements with First Nations is not on them – it's on us.

Some city councillors have already received some education on this long, dark chapter in our history.

“Mind expanding,” is how Ward 9 Coun. Deb McIntosh described it Tuesday. “You may be aware of some things, but not everything that has happened in the past.”

Writing this story was an eye-opener for me. Most distressing was how willing First Nations were to share the land in a mutually beneficial way, only to be betrayed by politicians who felt no obligation to live up to their word, despite signing legally binding contracts.

“This is an important conversation for us to have,” said Mayor Brian Bigger. “We all should be going through this education process … I’m very proud we are working in this initiative.”

The program to ease the transition of immigrants to Greater Sudbury is another key to our future. The rest of Ontario is growing by leaps and bounds, but here in the North, our population is shrinking as boomers grow old. Greater Sudbury is an outlier — we're growing slightly — so the importance of attracting the skills and expertise we'll need to replace retirees can't be overstated.

As a regular rider of Sudbury Transit — fine, I'll call it GOVA — I see our changing demographic daily on the buses. I have seen international students go from timid newcomers sitting quietly, shivering at cold weather they didn't think was possible, to relaxed, chatty Sudbury residents who mix in the occasional English swear word into their conversations. If Sudbury is to become Toronto North, we need to find ways to help them move here permanently, just as we welcomed Italians, Ukrainians, Poles, Serbs, Croats and even Cape Bretoners (my family) in the 1950s.

Finally, climate change is an issue that proved to be an Achilles heel for the Conservatives in the recent federal election. While the voices of the climate hoax crowd are loud, especially on social media, it turns out Canadians want governments to act. Most of us are not experts on the topic, and I know that some predictions will turn out to be wrong, as long-term projections always do. But the fact new heat and cold records are constantly being recorded (we set two new cold records just this week!) and extreme weather events are now common is the type of evidence that even the most clever hoaxer has a hard time plausibly refuting.

I grew up in this city surrounded by black rock, very few trees and the taste of sulphur in my Donovan schoolyard. When regreening efforts began, I thought, yeah, good luck. But look at us now, all green and clean.

So maybe these are issues where we can drop the cynicism and knee-jerk criticisms for a second and agree our very imperfect local government, in this case, has pointed us in the right direction.