Column: Efficiency means unemployment, but where does that leave the jobless?

Workers lose out while owners reap the benefits of technological advancements. Instead, we should be paying the unemployed for their sacrifice to the economy
Apr 19, 2017 7:00 PM By: Community Submission 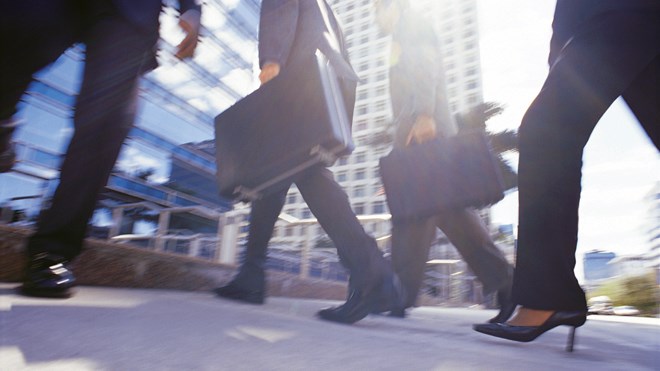 In the past year, fuelled by Trump’s fiery rhetoric, a lot has been said against trade, especially framing it as the cause for the decrease of manufacturing jobs in the United States or Canada.

In the past year, fuelled by Trump’s fiery rhetoric, a lot has been said against trade, especially framing it as the cause for the decrease of manufacturing jobs in the United States or Canada.

But the truth is, trade played a much lesser role than decades of efficiency gains due to automation and information technologies. Although most of us do not realize that fact, the U.S. has never produced as much industrial goods as they have done in the past few years, with the big difference being that they produce all of it with less workers than before.

Let us consider the following fictional example:
* 20 years ago, 200 workers built 200 tractors.
* Now, because of efficiency gains, 150 workers are able to build 210 tractors, while the other 50 workers are fired.

On one hand, we should be happy that we can produce more with less work; it really is progress. On the other hand, this leaves behind 50 people unemployed and potentially in poverty. These people and their families will be left in dreadful conditions until they find other jobs, which despite the recurrent promises of future growth and retraining, will not happen for many of them.

However, instead of fighting job losses, more and more philosophers and economists suggest that maybe the most important thing we could do would be to raise taxes on the rich.

What does taxes have to do with unemployed workers? Well, in our example, the gain of producing slightly more tractors with fewer expenses is clearly not received by the 50 people who have lost their jobs, nor the 150 workers left (the real income for most workers have stagnated over the last decades despite significant growth).

Instead, it goes to the owners (whether a single person or multiple stockholders). But here is the thing: The owners are not necessarily working longer than before, having better marketing strategies or more genius insights. They have simply been allowed to capture the majority of the benefits of our society’s efficiency gains, themselves made possible by technology.

This is why taxes and redistribution are essential now more than ever. We must make sure the owners still get a share of the efficiency gains, but the same goes for the workers who continue to work, and perhaps more importantly, we must make sure those who are displaced from the workforce are not left empty-handed for their sacrifice — for they are, in a very real way, sacrificing themselves for the benefit of the whole by no longer working.

On the right, many have long been arguing that redistribution toward the unemployed promotes laziness and weakens the country, but actually, more and more, our gains in efficiency in the industrial sector force people out of work in a way that has nothing to do with their will to work or their talents — and the same was true a century ago in the farming sector.

On the left, it is time to realize that full employment might not be a coherent goal after all. We probably should not have everybody producing goods and services on the market, since every consumer does not need two more tractors or a new phone every week.

In other words, our efficiency is so great it must now manifest as less work rather than evermore output. And thus, unemployment, if handled correctly, could be a good sign for all of us, rather than an indicator of economic, political and ethical failure.

And this issue is particularly significant, since all signs point to a 21st century in which unemployment will be quite high despite maximal production. In such a context, using taxation to compensate those who are kept out of work, for the benefit of the whole, actually makes a lot of sense: For the sake of growing a better economy; of attaining social justice and of preventing crime, instability and riots among those who pay disproportionately for our collective success.

And lest we think we don’t have the money for such taxes, we must never forget that most countries are getting richer every year, even though many of us are being cut off from this wealth.

Therefore, the right should recognize the sacrifice of the unemployed and the underemployed, instead of further alienating them, and the left should focus on making unemployment bearable for the millions it will unavoidably affect, instead of vainly struggling to create or keep unneeded jobs.

It is time to take the pulse of our times, and to fight for a justified wealth redistribution and against the idea that anyone who does not work is lazy and undeserving. Right now, too many of us are making the mistake of blaming China or trade for unemployment in the industrial sector, thus demonizing an external enemy while chasing the mirage of full employment.

On that note, if the recent Canadian budget does better than what we see in our southern neighbour, by opting to embrace innovation instead of international witch hunts, we are still too tepid in terms of taxation and redistribution.

There is still a long way to go if we are to make sure our efficiency truly benefits all of us, since it is then crucial that wealth redistribution keeps up with our economy.