Column: In a democracy, secrecy can actually be a good thing

Transparency is not an absolute good, and sometimes more openness leads to bad decisions
Jan 6, 2017 3:00 PM By: Community Submission 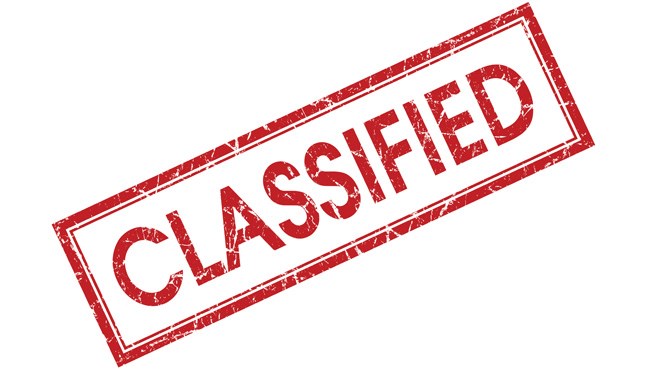 Common wisdom holds that secrecy in collective decisions is both detrimental and suspect. Not necessarily. File photo

In Canada, as in most Western democracies, it is common wisdom that secrecy in collective decisions is both detrimental and suspect.

We believe that in a democracy, we need a high level of transparency at every steps. This serves two purposes. First, the public feels it has a right to be made aware of all aspects of the decisions taken in its name. Second, transparency has long been seen as the best check on corruption, traffic of influence and lobbying, as in this American saying “Sunlight makes the best disinfectant.”

However, recent works have shown that this might be a mistake. Transparency does have value, but it also involves important costs. In particular, we must realize that more transparency in decision-making can lead to worse decisions.

First, let us think of the jury system. Here we have a clear example of a decision-making process that opts for secrecy over transparency, and for good reasons. By making the deliberation secret, and only divulgating the final result, we protect the individual jurors from harm, as well as make it less likely that blackmail or bribes will occur, since the would-be corruptor cannot monitor the whole process.

Although it would be harder to apply that logic to Parliament, since we do feel like our representatives owe us to tell us how they voted, some people are looking toward secret ballots as a mean to similarly weaken the hold of lobbyists on our legislatures.

Second, let us think of the question period in the House of Commons. This might very well be the least productive part of our representatives’ time in Parliament, and the high level of transparency, created by the presence of television cameras, is not innocent here.

When cameras are present, we do not just record the normal behaviours of politicians, we modify it. During the question period, politicians compete to formulate one-liners that will be put on the 6 o’clock news, and they aim to portray themselves as strong, principled and uncompromising.

This is the very opposite of what we need from our representatives, which is moderation, flexibility and willingness to work with the other side. Perhaps surprisingly, high degrees of transparency bring the worst out of politicians, as proven by the fact that in other settings away from the cameras, such as committee work, they are still able to act as serious, diligent and open-minded representatives of the people.

Third, let us think of deliberation and strategic planning, both in public institutions and in corporations. While the goal here is for everyone around the table to contribute his or her information and expertise, in order to reach the best possible decision, it has been proven that more transparency — for example when the discussions are recorded and distributed to the public — leads to experts being less willing to reveal their true opinions.

Indeed, as one risks being seen or recorded as being wrong or saying something controversial, people stick to mild generalities and low-risk positions.

This is especially dangerous for institutions like central banks, where discordant voices should be heard in order to reach better decisions. Not having anyone raise these kind of doubts in a meeting, for fear of being seen as foolish, can lead to disastrous policies; or in the cases of a corporation, to poorly planned marketing strategies, for instance.

Again, a crucial value of many decision-making processes is a full exchange of information and minority views, and this appears to be hindered by transparency.

In conclusion, transparency is an important principle in our democratic and liberal societies. It is something we value in itself and as an instrument to bring other benefits, such as less corruption and better accountability.

However, it is necessary to realize that transparency is not an absolute good, in many cases, a rise in transparency will have detrimental results, to the point that it can make sense for the public to argue for more secrecy in a number of situations. This might be the case in jury’s deliberations, Parliamentary discussions, some assemblies such as labour unions, and in the deliberations of various expert committees.

Balancing where to put more transparency, and where to put more secrecy, is essential to achieve heathier public discourses, reach better public and corporate decisions, prevent corruption and protect individuals from intimidation and blackmail.

Transparency is often good, but ethics is never as simple as to simply maximize one principle everywhere.

The Ethics Center is a University of Sudbury’s service, research, and coordination unit focused on contemporary ethical issues. You can contact the Ethics Centre through its website.