It’s far better for the business sector to assist governments in achieving social goals than for corporations to tackle them alone
Feb 21, 2017 1:30 PM By: Community Submission 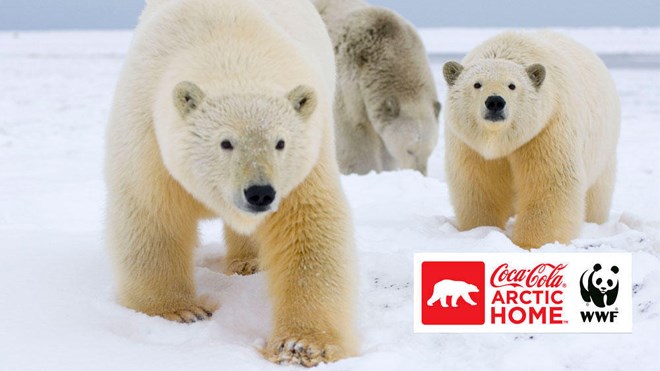 We often think that governments must be the ones in charge of promoting the common good. But in the last few decades, a new consensus emerged around the view that businesses should not only respect the law, but should also take up ethical and social responsibilities voluntarily, even beyond what is required by law.

As a result, citizens and NGOs have redirected some of their complaints away from governments and onto major corporations. For example, Nike was denounced in the 1990s for the outrageous working conditions in some of its sweatshops, while British Petroleum was criticized for reckless conduct and negligence after the oil spill in the Gulf of Mexico in 2010.

Oxfam recently asked food and beverages companies such as Nestle and Coca Cola to better supervise their supply chains by conducting human rights impact assessments, addressing inequalities between men and women in the workplace and protecting communities’ land rights.

Through these experiences emerges the notion corporate social responsibility is undeniably good. However, as pervasive as the notion may be, social action by corporations may fail to do the most good.

First, contrary to our governments, corporations do not have any democratic legitimacy to define the common good. The Universal Declaration of Human Rights states, “Everyone who works has the right to just and favorable remuneration ensuring for himself and his family an existence worthy of human dignity, and supplemented, if necessary, by other means of social protection” (Art. 23, §3).

But business executives have little legitimacy, and are facing many conflicting interests when deciding what is a “just and favourable remuneration” or “an existence worthy of human dignity.”

Moreover, when Coca Cola decides to finance the protection of polar bears — for marketing reasons — instead of the more urgent needs of the poorest workers down its supply chain, there is an argument to be made that it is an injustice: The money should go in priority to the ones who need it the most. Corporations cannot claim to act on behalf of “the common good” if they act according to their own agenda, instead of focusing on collective priorities as decided democratically.

Second, governments can realize collective goals more efficiently than corporations can. The Canadian government, for instance, can use Statistic Canada’s data to design coherent policies and incentives to co-ordinate the behaviour of millions of Canadians across the country. By contrast, businesses lack the information necessary to identify how to do the most good, as well as the means to co-ordinate their efforts with others.

The humanitarian response after the earthquake in Haiti in 2010 illustrates this last point.

While the intervention of the international community was co-ordinated by the UN and the American army, it has been reported that a number of international NGOs created problems for the humanitarian effort. Many of them were pulling in different directions, sometimes ignoring the efforts of others and there were both overlaps and gaps in the delivery of assistance.

Third, governments have ways to make sure everyone respects the rules of the game. They create legal safeguards, check-and-balances and monitoring mechanisms to make sure people continue to uphold their obligations over time.

Whenever a minimum wage is implemented, inequalities between men and women are targeted, or money is promised to Haiti, governments have the tools to ensure the long-term continuation of these measures.

Business efforts are more arbitrary and more vulnerable to market fluctuations. Even though we would like to think ethical behaviours are also better for business, this is not backed by evidence. At some point, any business will be forced to choose between ethics and profits.

But rather than just going at it alone, they should follow international guidelines such as the UN Global Compact, as well as improve the efficiency and stability of their efforts by co-ordinating their actions with other local actors, through long-term social commitments.

Ultimately, corporate social responsibility remains a second-best option, and it will always fail to do the most good.

This is why helping governments in implementing better laws and policies may be the most responsible thing to do. Corporations should contribute to building legitimate, uncorrupted and efficient governments.

They should engage in ethical lobbyism to provide governments with information to improve laws and close loopholes. They should pave the way towards new regulations, in order to secure the long-term continuity of the common good.

By reinforcing governments, corporations will do much more good than by trying to take over in a few limited cases.

Thomas Ferretti is a post-doctoral researcher at the University of Toronto. If the topic of corporate social responsibilities interests you, join us for Thomas Ferretti’s conference on March 3, from 11:30 a.m. to 1 p.m. at Canisius Hall, University of Sudbury. More information can be found at USudbury.ca.