Right and Wrong: There is such a thing as having too much democracy

Some institutions in our democracy work far better — and result in better outcomes — when we take choice out of the equation
Mar 20, 2018 3:00 PM By: Community Submission 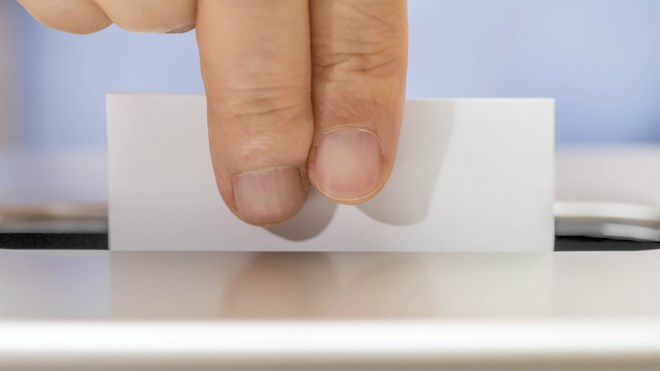 To work, a democracy needs mediating institutions that are not themselves democratic, such as courts, political parties, and the media.

A few days ago, the leadership race for the Ontario PC party came to a close. Some lamented the result, others celebrated it. But what everybody agreed on was that such races are important expression of democracy. After all, isn’t it wonderful that we all get to select our candidates?

Let me be a contrarian here. There are good, albeit largely forgotten reasons not to always apply a democratic procedure. In particular, it used to be that political parties were true institutions, with distinct identities and a unique role to play. Of course, in terms of a leadership race, the “smoke-filled room”, in which a small cabal of powerful men would select their next leader, seems like a relic of the past. However, there was value in party structures exerting greater control over their own leadership.

First, a central pillar of representative democracy is the goal to moderate the passions of the electorate by empowering its representatives (and soon, the political parties). The idea here is that we intentionally devised a less democratic system, out of our knowledge that the wider electorate is occasionally overtaken by passion, hatred and misunderstandings. Therefore, just as we do not govern solely by referendum, maybe we should not select party leaders through a democratic vote.

That being said, of course, we should have no illusion: elites can be led astray as much as the masses. However, and that is our second point, it turns out that it is also much easier to make party executives, rather than the wider party membership, accountable for having chosen a bad leader.

In such an event, if the party executives are really in charge, they can be denounced and careers can be ended. And of course, this is likely to force such individuals to think twice about who they are selecting. Accountability also means that we are able to ask someone to provide extensive justifications for their choices: what is their view of our society, what are its problems, and why is the chosen person to be put in charge among many?

On the other hand, popular votes mean that nobody is really accountable, and thus no justification can be provided to the public. Sure, “the people have spoken”, but what exactly was said, why, by whom, and who will still stand for that choice tomorrow?

Third, we often forget that party leaders have to work closely with MPs, rather than ruling over them as a CEO does over his employees. Therefore, there is something extremely problematic in short-circuiting existing MPs and letting the wider membership select a leader.

Such a problem explains how dysfunctional the current American Congress is, with very few Republican members supporting Donald Trump. But it also happened on the left, in the UK, when the selection of Jeremy Corbyn created a divide between the wider membership and the elected MPs, many of whom did not care for his leadership and his views.

On that front, the stakeholder model argues that purely democratic procedures do not do justice to those who are the most affected by a particular decision, in this case, those whose careers and public image are now tied to a leader chosen by a mass of variously engaged members, many of whom can simply end their membership if things turn sour — thus, the widely disliked “Superdelegates” of the Democratic party primaries suddenly make much more sense.

But what of democracy? Can we really go back to less democratic institutions to prevent some bad choices, establish greater accountability and public justifications, and to have more effective parliaments?

Consider the following analogy between political parties and car manufacturers. Each consumer has a choice of which car they prefer between a wide array of models, and it would not be right to force upon them a car they hate. But such is the general election.

A party leadership race being democratic is like the consumers voting on which cars Dodge or Toyota will now have to build and sell. Just like car manufacturers, successful political parties need to survey the wider population and their shareholders/members, and stay aware of their needs and desires, but it is something else to say that car manufacturers should tie themselves to build cars in which they do not believe for the next four years.

In the end, our democratic societies might have lost sight of the importance of having mediating institutions, like courts, political parties and the media, that are not themselves solely democratic. By allowing public opinion to question court decisions, by electing party leaders and by having the media simply restate the opinion polls and the Twitter trends, instead of empowering each institution to play a distinct, unique and possibly contrarian role, we are weakening our democratic societies rather than making them stronger.

I wish the best to Doug Ford, to his adversaries similarly elected, and to the ones who will come after them, but I do believe we should realize that wall-to-wall democratic procedures might do much harm to our societies.