Right and Wrong: You should avoid calling people ‘Nazis’ unless, of course, they are Nazis

The Godwin Law should encourage more nuanced online debates, but it doesn’t mean you can’t call an actual Nazi ‘a Nazi’
Sep 27, 2017 2:11 PM By: Community Submission 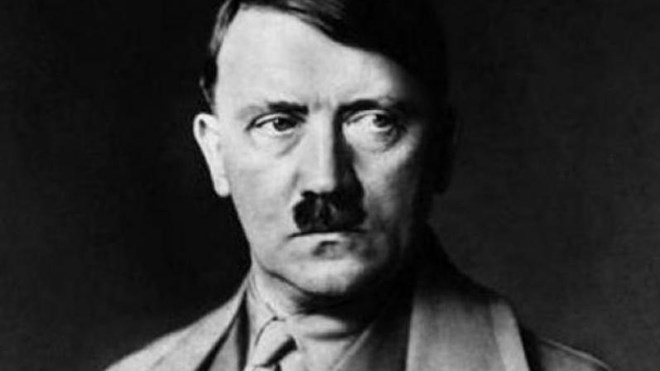 Pure product of the numeric age, the Godwin Law predicts that any discussion on an internet forum, as it drags on, will end up involving a comparison to Hitler and the Nazis.

Pure product of the numeric age, the Godwin Law predicts that any discussion on an internet forum, as it drags on, will end up involving a comparison to Hitler and the Nazis.

And this, for three reasons.

This is first due to a relative loss of inhibition caused by the fact that we discuss with distant individuals, behind a veil of anonymity or the comfort of an avatar. Certainly, it is easier to insult an abstract person than it is to do so when face-to-face. Accusing some “anon1977” of being a Nazi from your own living room is simply not that difficult!

This is also due to a contemporary trend toward escalation for partisan discourses, amongst each of our own social and media bubble. According to the idea of “virtue signalling”, to reject in the hardest terms everything that deviates from your own beliefs and habits, including elements that should not affect you at all, is now a way to show your colours to those populating the same bubble as you.

In that sense, accusing environmentalists or the oil industry of being Nazis is a quick and easy way to show yourself worthy amongst your own network.

This is finally due to a relative scarcity of shared political and historical knowledge amongst us. Canadian and world history is filled with events, figures and political regimes that could offer a vast range of nuances to illustrate our arguments.

Unfortunately, most of us only know a few broad strokes of our history. Therefore, in the absence of shared examples to offer someone else, comparing any policy to Nazism is often our default option.

Through these three phenomena, accusations of Nazism have filled forums on all subjects on the web. Those familiar with social network thus often add to the Godwin Law that the first one who invokes Hitler loses the debate, for it demonstrates one’s incapacity to control one’s emotions and to offer nuanced arguments.

However, last month, after a number of neo-Nazis events, including one in Charlottesville, Virginia, that  led to injuries and death, the very inventor of the Godwin Law intervened in the media to remind the public of a corollary, another side of this “law”: Calling a Nazi a Nazi is still acceptable and necessary.

Yes, in 2017, in the United States of Donald Trump, in the European far-right, as well as here in Canada, there are still militants, movements and ideas that must be called Nazis, without any detour.

Whether we think of the rejection of the deliberation and compromises at the heart of democratic spaces; of the desire to replace Parliaments and their delays by the leadership of a strong leader; of the conviction in the superiority of a race, culture or way of life over all others; of the disgust for the toleration, diversity and changes found in our liberal and multicultural societies; or, above all else, of the eagerness to use violence and intimidation to push forth these projects; we are facing positions that must still be called, now and forever, Nazis.

In conclusion, in this era, each of us must discipline ourselves when entering social networks, to remember that our counterparts merit the same respect despite the anonymity, that there is not just one correct way to live and think, and that more often than not, the best argument is the nuanced one rather than the one jumping to invoke an absolute evil.

However, once all this is said, it is also essential to remain vigilant, for there are still individuals and movements who truly deserve our hardest criticisms.

The Godwin Law was an appeal for more discipline and respect on social networks; it was never meant to protect hateful groups and speech from criticism.

The Ethics Centre is a University of Sudbury’s service, research, and coordination unit focused on contemporary ethical issues. You can contact the Ethics Centre through its website.