Should we ban advertising from public space?

The public has never chosen the practice of advertising, and especially not consented to it infiltrating our institutions, says François Côté-Vaillancourt
Nov 13, 2017 8:00 PM By: Community Submission 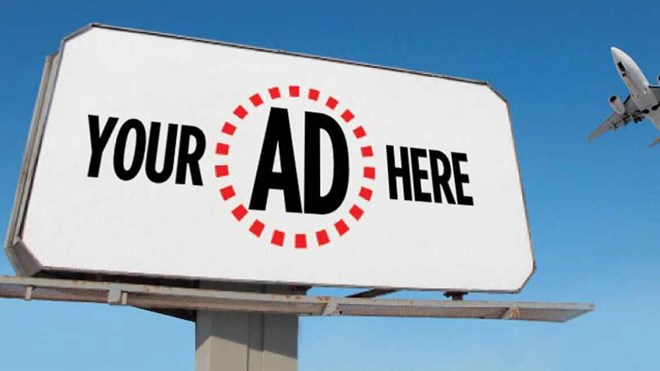 Advertising is all around us. From the sides of the road to the public buses, and in the media contents that we are consuming on our phones, we are exposed to ads all day long. (File)

Advertising is all around us. From the sides of the road to the public buses, and in the media contents that we are consuming on our phones, we are exposed to ads all day long.

Surely, some ads are false while others are inappropriate. But even if we only consider the ads that have passed these tests, and although we can admit that some ads can entertain us, an ethical problem remains.

Indeed, advertising in public space is a form of commodification of the citizenry. We often forget that fact, but the nature of advertising involves an institution deciding to sell to a third party an access to a population which has probably not consented to being exposed to ads.

As we use our roads, take public transportation, attend the university or consult a webpage, we are in effect turned into a commodity to be bought and sold by others.

The problem with advertising is therefore not aesthetics; it is a problem of consent. For a few centuries, philosophers have urged us to be vigilant on that front, from Kant’s argument that we should not threat each others as mere means to an end, to Marx’s denunciation of the instrumentalization and commodification of humans.

At the heart of our society, rests the principle that citizens own their person and are, through their democratic institutions, in control of their own destiny.

As such, the fact that someone else can benefit from us, without our consent, in advertising, should be regarded as a serious problem.

Furthermore, if it can be frustrating to have to accept advertising alongside the private goods and services that we consume (for example on television or on the web), there is a major complication in being turned into a commodity by our own public institutions, as soon as we enter a public space.

At this point, the reader might ask what is the point of raising such a debate, since there is nothing to be done, since advertising in public space is there to stay (especially with the rising involvement of Google and others big data corporations in municipal affairs).

But actually, there is much less inevitability than we think on this front.

Indeed, in the past 15 years, a number of municipalities have decided to restore democratic control over advertising in public space.

The most cited example is São Paolo in Brazil, a city of 12 million which has banned advertizing and billboards in 2006. It is said that 15 000 billboards have since been taken down, although some forms of advertizing subsist.

In France, the city of Grenoble, a city the size of Sudbury, has also chosen to progressively remove ads from public space in 2014.

Other cities, rather than taking down billboards, have tried to replace ads with reproductions of artworks, thus challenging the idea that a city without ads would be dull.

Of course, the crucial dimension, for municipalities, public transit systems, schools and universities, is a fiscal one. Advertising first infiltrated these institutions as added income, but it has since become indispensable to balancing the year.

But far from challenging this article’s point, this rather confirms the verdict of a loss of democratic control over our own lives. The public has never chosen the practice of advertising, and especially not consented to it infiltrating our institutions and holding our public services hostage.

Living with or without advertising, being the one who decides to turn oneself into a commodity by selling one’s presence and attention or not, these are questions the public should debate democratically.