The centre must hold: Populism like Trump's actually threatens democracy

The basis for a strong representative government is a strong middle capable of finding compromise in the constant tug-of-war between left and right
Nov 11, 2016 3:26 PM By: Community Submission 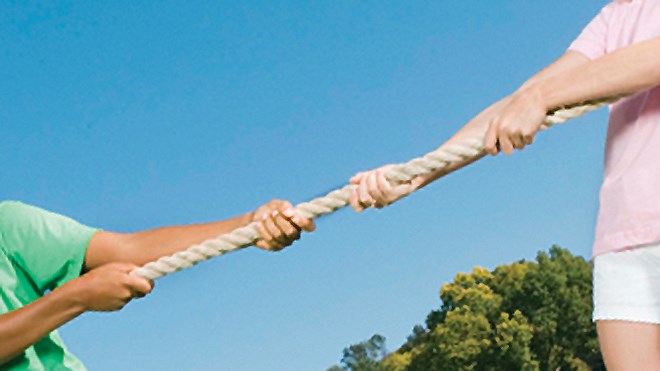 Democracies cannot hold for long without a centre. The grassroots and populist left-wing reaction to Donald Trump that many are now advocating for, and were in fact advocating for long before this electoral result, will probably only bring forward a further counter reaction from the right, in a rapid succession of clashes taking place outside of traditional democratic institutions.

Trump won the presidency. This will have dramatic implications for minorities, women, inequalities, international relations, the environment, the deficit and more.

But one important result of that election is not felt on the more familiar “left vs. right” spectrum, but rather, in term of a resurgence of the “centre vs. fringes” spectrum.

The centre must hold.

For a democracy to function and prosper, there is a need for a strong centre, in which both the right and the left join together to operate inside the common institutions and reach lasting compromises, in victory and in defeat.

The year 2016 was marked by a drastic acceleration in a long weakening of the centre across the Western world. Populism is on the rise in Europe, fuelled by fear of immigration and refugees. Far-right parties have grown over the past decades in countries such as France and the Netherlands, but they are also appearing in relatively new territories, with right-wing populist candidates winning state elections in Germany and propelling England’s Brexit to a shocking victory.

But the centre must hold.

The historical example of the rise of fascism in the 1920s was not just one of a rise of the far-right, it was a case of a severe weakening of centrist forces, both on the left and on the right.

This is something we forget too easily. In Germany for instance, the Nazis and the Communists equally squeezed out moderate forces to pave way for the fall of democracy, with their discourses being turned against the status quo and the moderates to the same extent that it was turned against the other end of the spectrum.

Thus, contrary to what the policies and ideologies would lead us to believe, we can say that the strongest obstacle to populism and the far-right is not a strong and resolute far-left, but rather a centrist coalition standing strong against all revolutionary attempts and ideological simplifications.

And there lies the danger. For this was not just Trump’s victory, it was also Hillary Clinton’s defeat. A defeat for a candidacy framed as centrist, moderate and prudent.

Already, this centrist approach to politics had been challenged through the democratic primary by the insurgent candidate Bernie Sanders. Now that Clinton has lost, these forces on the left are willing to take the lead, to take to the street and fight the far-right for every inch.

This is understandable, of course. Many on the left, in the US and in Europe, are appalled by the populist right, and preparing themselves for a fight. But this fight, whether or not it is successful on the left-right spectrum, will certainly not strengthen the centre. It will weaken it even more.

Impatience, refusal of discussions and compromises, policies presented as moral absolutes, the portrayal of political opposition as criminal and internal disagreements as treason, all these elements are just as susceptible to come from the insurgent left as they are from the insurgent right.

In the last few years, in most Western countries, the rise of the populist right has indeed been accompanied by a somewhat similar rise of populist parties and movements on the left. We must not fall prey to false equivalencies: Nothing on the far-left is close to the racism and demagoguery displayed by the Trump campaign.

However, we must still admit that across the world, just like the conservative parties are taken over or replaced by populist alternatives, the socio-democratic parties are losing ground or are being taken over by partisans calling for drastic changes without compromises.

Trump’s victory and Clinton’s defeat will without a doubt fuel this weakening of both the centrist right and the centrist left. Many will celebrate that shift on the left, for the urge to stand firm and fight for all that you believe is strong.

With Trump elected and the Republicans holding a majority everywhere, why wouldn’t the left take to the street and start their own political revolution?

But democracies cannot hold for long without a centre. The grassroots and populist left-wing reaction to Trump that many are now advocating for, and were in fact advocating for long before this electoral result, will probably only bring forward a further counter reaction from the right, in a rapid succession of clashes taking place outside of traditional democratic institutions.

Democracies cannot survive and prosper when dominated by insurgents on both sides. For all of our sakes, no matter our political views, the centre must hold.

Right and Wrong is a column that explores ethics using contemporary issues. Sudbury.com’s ethics columns are supplied by the Ethics Center at University of Sudbury. To learn more, you can contact the centre through its website.