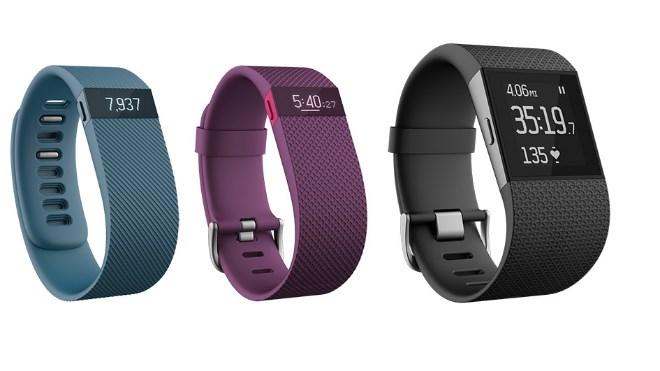 Judi Straughan writes that on her mission to lose 10 pounds this month she has been seduced by Ms. Fitbit. Supplied photo.

January Resolutions: I resolve to lose a minimum of 10 pounds.

One of the things I have discovered in my first year living the F word, freedom, is that retirees don't make resolutions. We are happy with ourselves. We have waited our entire lives to get here, and we are comfortable with who we are.

Mind you, we'd love to make resolutions for friends and relatives to follow since we can spot others flaws in a nanosecond with laser precision.

Resolutions are for people who aren't happy with themselves — people who have goals to achieve. Not contented us.

That being said, I have something to share that might give a little perspective on why I chortle at the very notion of making a resolution for myself. Spoiler alert. I have someone doing it for me.

Backtrack for a moment. My daily Sudbury routine, this confession is difficult even for me, is to get out of bed at 4:45 a.m. to be at the YMCA at 5:30 a.m. when it opens its doors. Think I'm the only one lined up? Not on your life. There are at least 20 other nearly certifiable mostly seniors, collars up and stamping their cold feet with me. It's a crazy club.

I love beginning my day surrounded by happy, unbalanced morning people who can't wait to tell you their latest bad joke. For my first two hours daily, I move, chat, laugh and try not to sweat. It's the best part of the day, and even retirees need a reason to get up in the morning.

Here's the rub, long Florida winter holidays in retirement. It breaks the routine. I write you from the land of snowbirds who love their sleep, happy hour and early bird specials. A land where even a cellulite compactor lets you down after a couple of months.

But I have found a way to lick the fitness challenge and it's working gangbusters. I had asked for a Fitbit for Christmas and Santa provided. If you aren't sure what a Fitbit watch does, at the very least it will tell time, track your daily steps, your calories burned, your sleep patterns and multiple other things.

My Fitbit is clearly a female model. Early on, I communicated to Ms. Fitbit as I synced her with Mr. iPad that I would like to do merely the basic recommended 10,000 steps a day. I don't want to set the goal posts too high.

Ms. Fitbit is on my case from morning to night. I checked my iPad the other morning before I started walking. Message from Ms. Fitbit, "Your Fitbit is charged, now start moving."

I looked over my shoulder. Where was she? How did she know I was lollygagging in bed.

That night, my message was, "You nailed it." I glowed with pride. Over the past few weeks, Ms. Fitbit has awarded me with a Sneakers Award, a Happy Hill, a Penguin Award (has she seen me walk?) and a Marathon Award. She seemed overjoyed when I succeeded. We're a team. The Urban Boot Award, I confess, made me blush.

I'm back in elementary school getting stars again. I'll do anything for a gold. Red or blue are for losers. I have become obsessed with better numbers...with maybe even finding a mechanical way to keep my Fitbit chalking up steps while I take a nap.

Maybe I could buy a latte frother and strap my Fitbit to it. I want Ms. Fitbit to be proud of me. I want to pull back the covers one night to find a note from Ms. Fitbit that I am awesome.

I was a little put off when she sent me a computer message the other day that I am an overachiever. Perhaps she was having a bad day and I need to be less sensitive.

Resolutions be darned. I don't have to motivate myself, I have Ms. Fitbit on my case — sometimes with stars and compliments, sometimes with derision. I can see it all now. I walk marathons every day while Ms. Fitbit tantalizes me with the Himilayan Mountain Award if I can just get out of bed earlier and dig deeper.

Life used to be so simple until I was seduced by Ms. Fitbit. Maybe I will make just one resolution after all.

Judi Straughan is the former education co-ordinator at Sudbury Theatre Centre. In this series, she explores the challenges of being retired.

Retirement: One size fits all? Yeah, I don’t think so
Dec 21, 2015 4:12 PM
Comments
We welcome your feedback and encourage you to share your thoughts. We ask that you be respectful of others and their points of view, refrain from personal attacks and stay on topic. To learn about our commenting policies and how we moderate, please read our Community Guidelines.