Talking Science: So, what does gravity sound like exactly? 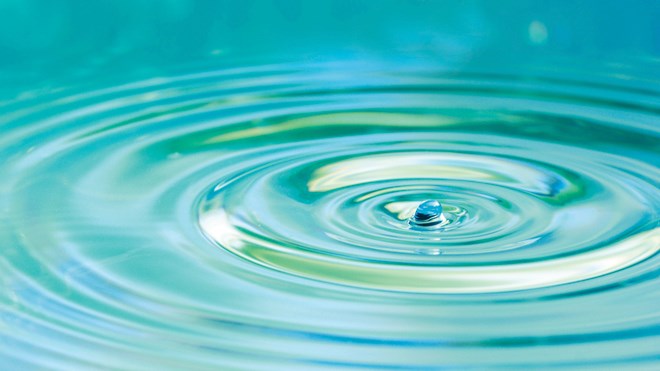 Gravity has a sound? It sure does, a nice little chirp, scientists who detected gravity waves found. (Supplied)

We all know the crash that follows knocking something off a shelf – gravity’s handiwork. But gravitational energy, in the form of gravitational waves, has a much daintier sound: A brief chirp you could easily miss if you weren’t listening carefully. And the scientists who detected gravitational waves nearly 100 years after Einstein first predicted them were listening very, very carefully.

Gravitational waves are like the waves formed in water after you drop in a rock. They are created when two massive (we’re talking 29-times-the-mass-of-our-sun massive) black holes out in space merge in a death spiral. Radiating outward from their source, gravitational waves ripple through space-time and everything in it.

Like waves in a pond, gravitational waves get weaker as they travel away from their source. By the time these waves reach the Earth, they have travelled more than one billion light years from where they were created and are incredibly faint.

To detect gravitational waves, we need to measure how they change the shape of the Earth. Imagine holding an earth-shaped stress ball in your hand. If you squeeze it so that north and south get closer together, east and west bulge further apart. Gravitational waves act like a giant cosmic hand squeezing the Earth in one direction and causing it to bulge in the other as they pass through.

The challenge is finding a way to measure such small changes.

The LIGO (Laser Interferometer Gravitational wave Observatory) detectors do this by measuring how fast laser light moves through two giant vacuum pipes. One runs north-south and the other east-west, so when a gravitational wave passes through Earth one pipe shortens and one lengthens, changing the time it takes the light to travel through them.

So, scientists have figured out how to tell when the leftovers of far-off black hole collisions pass through Earth. So what?

Before we were able to observe gravitational waves, we could only learn about the universe by detecting electromagnetic radiation (this includes visible light, plus its friends gamma rays, UV rays, infrared light, microwaves, and radio waves).

Gravitational waves offer a new way to examine the universe, and could allow us to “see” objects and events that don’t give off electromagnetic radiation. There’s a whole new world to explore. LIGOs detections are also the first direct evidence of gravitational waves passing through Earth, proving that #EinsteinWasRight

One of the scientists working on LIGO, Peter Shawhan, will be giving a free public lecture entitled Cosmic Chirps: Gravitational waves and what they are telling us about the Universe at Laurentian University on July 26 at 7 p.m.

This is an opportunity learn more about gravitational waves, how we detect them and what they can tell us. Tickets are available at SNOLAB.ca, the LU Bookstore and Science North.

Looking at lung cancer: Could marijuana be a culprit?
Feb 1, 2016 2:07 PM
Comments
We welcome your feedback and encourage you to share your thoughts. We ask that you be respectful of others and their points of view, refrain from personal attacks and stay on topic. To learn about our commenting policies and how we moderate, please read our Community Guidelines.