#TheSoapbox: I never realized how hard it is not to touch my face

An ode to handwashing and Hawkeye Pierce from D’Arcy Closs
0
Apr 6, 2020 9:00 PM By: Community Submission 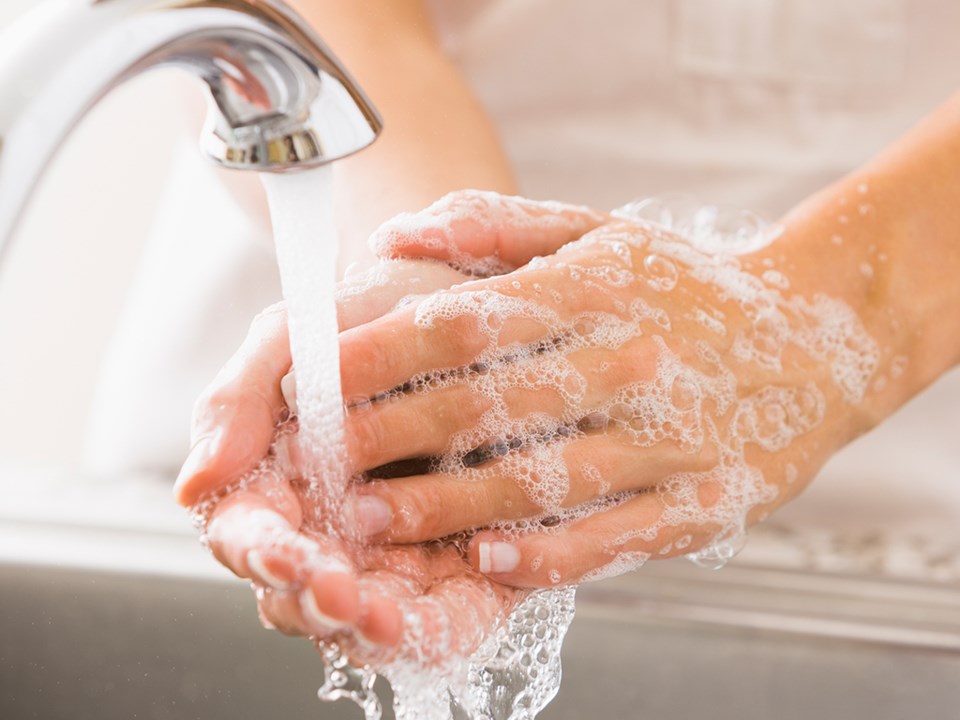 As we all now grapple with the impossibility of accounting for every microbe that we pick up and pass on in the course of a day, it becomes us to touch our faces less. And we can do that.

Except, there’s a crystalized bit of corner eye crust that seems to be nestling and has gotten so annoying that it’s making you blink like a bovine.

“Use a Kleenex,” said somebody-upon-a-time.

Well, yes. But tissue paper is often meters or more away. The finger is right there. Poised. These now are the daily decisions that bestride our narrowing world like a Colossus.

To touch or not to touch, that is the question. Is it nobler of mind to still the fingers from their facial forays? And if so, how.

There are legitimate reasons to touch the orifices of the face: there might be chocolate icing on your fingertips; a rubbed eye gathers no moss; a wetted finger better turns the page; there’s no friend like a shushed friend; a nose picked in need is a friend indeed.

As for the unconscious reasons. Those are just down to nerves. We have them. They make us nervous. Reprimanding the nervous for their bad nerves serves to enervate and take what nerve they had. We must be allowed to tend to our tendencies. What then to do? It’s a headscratcher.

Our hands go where our hands go. We are at times in charge of them, and at other times they wander away like a child you took your eye off of for only a second and who are now fumbling along towards some unexpected and alarming destination. Suddenly, they’re at your head, twirling your hair, or have decided the chin needs a good rubbing, or the ear a quick prodding. Backs of necks are rubbed in deliberation. Foreheads are slapped in exasperation. Simon says touch your nose! Pattycake, pattycake, baker’s man.

Where hands don’t always like to go is together, with a bar of soap between them. For some reason, hands grow restless when asked to wash themselves. They seem reluctant to even be together, like two teenagers on a blind date set up by a parent (the soap), who sits between them oblivious of the awkwardness of such forced arrangements.

Can there ever be pride taken in washing one’s hands? As a teenager, I watched the television series M.A.S.H. They would occasionally show the doctors of the show scrubbing up before surgery and for some reason the quick, exacting thoroughness of their washing (done to the elbows!) was a thing to envy and admire. I swore, too, that if I ever was given the same deep sink, bounty of clean towels, and assistive nurses, I too would wash my hands like my television heroes.

My sink is not deep, I have few surplus towels, and my assistive nurse is presently doing other things. The truth is, few of us have those things. But does this mean we shouldn’t still aspire to wash our hands like Hawkeye? At times like these, when we all feel a bit isolated, it could even make us feel like we still have a hand in things.

The #Soapbox: Long Live the Queen, a tale of an Infestation
Sep 27, 2019 8:00 PM
Comments
We welcome your feedback and encourage you to share your thoughts on this story. We ask that you be respectful of others and their points of view, refrain from personal attacks and stay on topic. To learn about our commenting policies and how we moderate, please read our Community Guidelines.